The intensive development of photodynamic therapy (PDT) in recent years has involved the search for new photosensitizers and specific carriers for their delivery.

Among many promising approaches to be noted for photodynamic research, those in which dyes and nanoparticles (NPs) were combined led to an increase in the selectivity of the photosensitizer (PS) and/or efficacy of the therapy.

Particular attention should be paid to the last mentioned, but exceptional category containing metallic and metal oxide NPs, for example ZnO, Au, Fe2O3, TiO2. Several studies have indicated that the application of NPs in medicine can significantly improve the effectiveness of many existing therapies. Linking drugs with NPs can enhance their selective accumulation in diseased tissues as well as penetration abilities through cell membranes. Increasing the selectivity of drugs is a great challenge for modern medicine. This goal can be achieved by research focused on therapeutic systems with increased selectivity and reduced toxicity, accompanied by higher therapeutic efficiency.

Titanium dioxide photocatalyst is a well-known and well researched photocatalyst due to its interesting properties which include stability, non-toxicity, biocompatibility, optical and electrical properties. It exists mainly in three different forms namely anatase, rutile and brookite and their structures are shown in Figure 1.

The recent development of nanotechnology has proved that nanomaterials such as nano-sized titanium dioxide photocatalysts can have high activity in the photodegradation of a wide range of organic and inorganic contaminants in water. It is believed that photocatalysis will soon be recognized as one of the most effective means of dealing with various kinds of wastewater since organic pollutants can be completely degraded to harmless matter under normal conditions of temperature and pressure.

It is capable of degrading pollutants such as herbicides, carboxylic acids and alcohols completely to carbon dioxide, water and simple minerals. For it to be very effective, it should have certain properties such as suitable particle size, shape, crystallinity and a good ratio of anatase to rutile. This is the reason why most researchers have been trying to use different methods to get particles with suitable characteristics for environmental remediation or for other applications of interest. Several studies have proved that TiO2 nanostructures, in particular, titanium dioxide nanotubes (TNTs) have their performance improved in photovoltaics and photocatalysis compared to nanoparticulate forms of titanium oxide. Recently, bundles and arrays of TNTs with different qualities have been synthesized by a variety of different techniques such as template-assisted, sol-gel, hydrothermal, electro-anodization, chemical vapor deposition and physical vapor deposition.

In these methods, materials in the vapor state are condensed to form a solid phase material. The process is normally carried out in a vacuum chamber and if a chemical reaction takes place, it is called chemical vapor deposition (CVD) and physical vapor deposition (PVD) if no reaction occurs. Examples of CVD include electrostatic spray hydrolysis, diffusion flame pyrolysis, thermal plasma pyrolysis, ultrasonic spray pyrolysis, laser-induced pyrolysis and ultrasonic-assisted hydrolysis. TiO2 films with grain size less than 30 nm and TiO2 nanoparticles with sizes less than 10 nm were synthesized by pyrolysis of titanium tetraisopropoxide (TTIP) in a helium/oxygen atmosphere. Thermal plasma synthesis and spray pyrolysis have been used in some studies but they are complex, capital and energy-intensive and the properties of the powder are not easy to control.

These methods involve the oxidation of titanium metal using oxidants or anodization. Anodization of titanium sheet under a voltage between 10 and 20 V in 0.5% hydrogen fluoride leads to the formation of aligned TiO2 nanotubes whose diameter is controlled by varying the applied voltage. 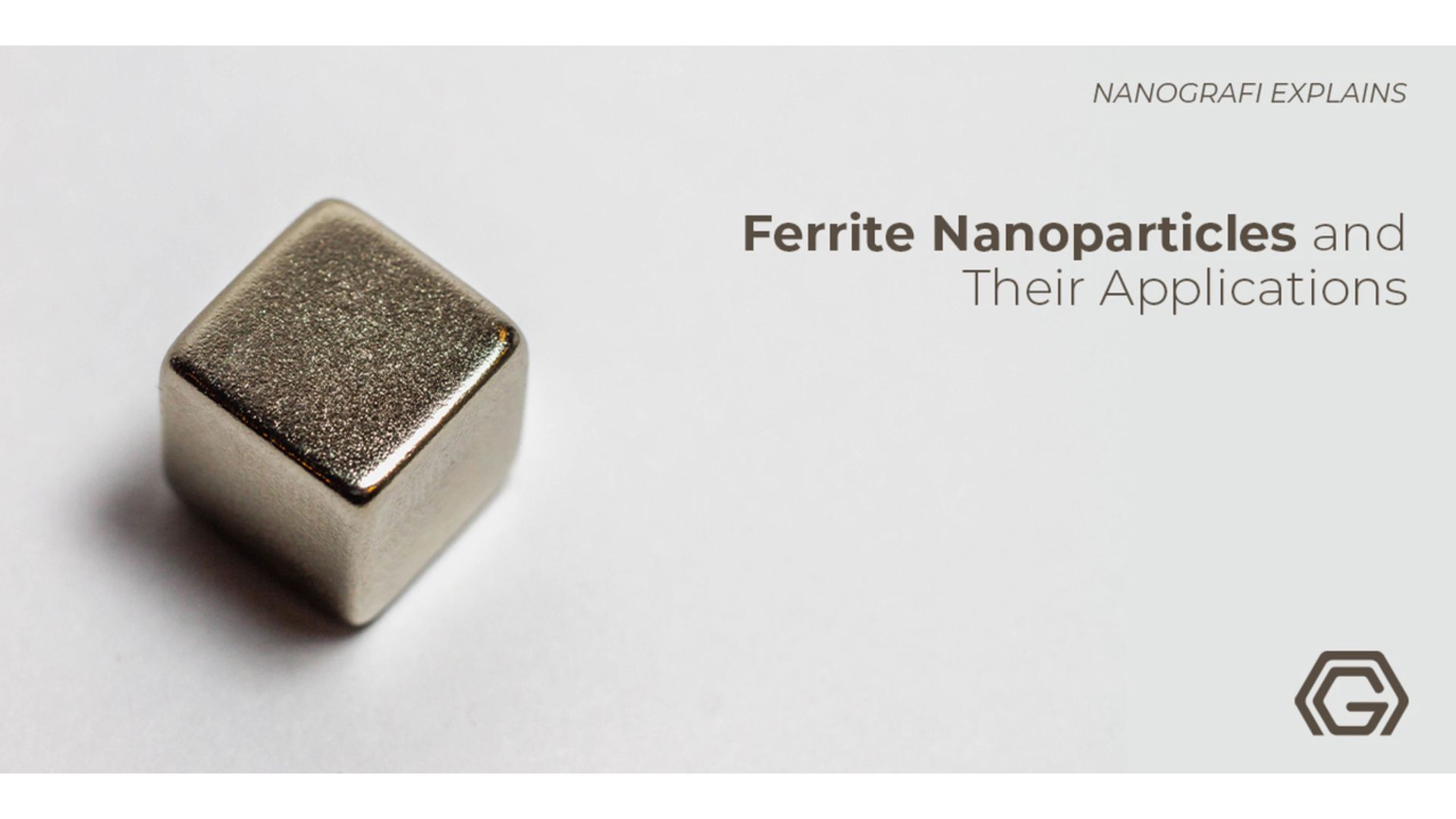 To get more information about nanoparticles and their applications,

The sonochemical method has been applied to produce highly photoactive TiO2 nanoparticles by the hydrolysis of titanium tetraisopropoxide (TTIP) in pure water or in an ethanol/water mixture under ultrasonic radiation. Sonochemistry arises from acoustic cavitation which is the formation, growth and collapse of bubbles within a liquid medium. Heat (~5000 K) and high pressures (~1000 atm) are produced by cavitational collapse.

In microwave-assisted methods, there is a use of microwaves which are electromagnetic waves with frequencies which range from 0.3 to 300 GHz and with wavelengths between 1 mm and 1 m. According to Zhu and Chen [36], microwave heating involves two main mechanisms namely dipolar polarization and ionic conduction. Any materials that contain mobile electric charges such as polar molecules or conducting ions are generally heat by microwaves.

The sol-gel process produces fine, spherical powders of uniform size and has been widely used to synthesize TiO2 materials and normally proceeds via an acid-catalyzed step of titanium (IV) alkoxides. One of the most attractive features of the sol-gel process is the possibility to shape the resulting material into desired forms such as fiber, film and monodispersed powder.

Template-assisted synthesis is an easy, cost effective and highly versatile approach to fabricate nanostructures. Whenever microporous or nanoporous materials are utilized as templates, one-dimensional (1D) nanostructures can be integrated by saving a material of decision inside the format’s nano-channels. Michailowski et al. showed the synthesis of TiO2 nanotubes via a thermal decomposition process of Ti(Oi─Pr)4 using anodic aluminum oxide as a template [77]. Correspondingly, Liang et al. revealed the synthesis of TiO2 nanotubes through atomic layer deposition [78]. Anodic aluminum oxide was utilized as the template, and TiCl4 was used as the precursor for the atomic layer deposition of TiO2.

Applications of titanium dioxide in medicine are going further than the design of drug delivery systems or applications as vehicles for chemotherapeutics. Titanium dioxide NPs have been applied in pharmacy, especially in pharmaceutical chemistry and technology, as well as medicine, including growing areas related to dentistry and surgery. In dentistry, the photochemical activity of titanium dioxide was utilized for the improvement of tooth personal care and teeth whitening. Another significant area of titanium dioxide application is tooth hypersensitivity treatment, which is described as “sharp pain arising from exposed dentine in response to stimuli”.

In pharmaceutical sciences, titanium dioxide has been used as a pharmaceutical excipient in the manufacture of tablets as well as catalytic systems able to eliminate dangerous chemical and pharmaceutical pollutants. TiO2 nanoparticles can also be used for Nanomaterials 2020, 10, 387 24 of 31 masking the bitter taste of drugs, which was presented by Amin et al.

Food products containing TiO2 include white-colored sauces, confectioneries nondairy creamers and cheese. In foods, it restores whiteness of creamy products (e.g. salad dressings) and in confectionery; it forms a blockade for colors (e.g. soft-centered sweets with a crisp shell).

Recently, many studies have been focused on the broad applications of titania in technology and medicine, from dye-sensitized solar cells, photodynamic therapy, to water remediation. It is possible because these nanoparticles reveal excellent photochemical properties and high biocompatibility. Moreover, TiO2 particles are quite cheap and accessible components. Photosensitizing properties and manufacturing costs of these materials are usually related to the number of active sites on their surface. After irradiation, they can produce reactive oxygen species that spread from the nanoparticles and induce cell death in the neighboring tissues. Therefore, applications of TiO2 nano- and microparticles in photodynamic therapy are widely explored. Another application of TiO2 nanoparticles is related to their use as a drug carrier, allowing drugs to reach diseased areas of the body while keeping healthy tissues unharmed. Therefore, much attention must be paid to develop novel formulations allowing to direct the active substances to target cells and minimize the side effects. A plethora of various studies above indicate that an increase of TiO2 therapeutic efficiency can be reached using targeted Nanomaterials 2020, 10, 387 25 of 31 drug delivery systems and nanocomposites. It is possible because the surface of TiO2 NPs can also be labeled with antibodies or markers in order to design drug delivery towards selected, diseased areas.

For more extensive usage of TiO2 NPs, some of their drawbacks should be overcome. The applications of neat TiO2 nanoparticles in photodynamic therapy are limited by the necessity to use UV light for their excitation. Fortunately, numerous methods of doping and functionalization of the TiO2 NPs have been developed. These modifications result in the shift of NPs absorption band towards longer wavelengths, desirable for PDT. Combinations of titania with other nanoparticles such as up-conversion nanoparticles also enable it to bypass the direct use of UV light. Titanium dioxide particles are prone to form agglomerates in physiological pH, hampering their solubility. To prevent this unwelcome issue, the functionalization of TiO2 with bulky substituents like PEG chains or the use of surfactants was proposed. It could also enable the uniform distribution of the nanoparticles and thus repeatability of dosing accompanied by clinical effect. In the end, the crucial issue concerning the use of TiO2 in the medical field has to be pointed out. Available data do not present a full profile of the TiO2 particles’ fate in the body as well as their toxicity. Therefore, extensive studies in this area are urgently needed.