Chemical vapor deposition (CVD) has emerged as one of the most efficient techniques to design and fabricate graphene thin films with high quality and large area and applications in electronic transistors, corrosion coatings, transparent conductors and so on.

The most satisfactory outcomes concerning the large volume and largest are chemical vapor deposition graphene is achieved taking the advantage of highly qualified substrates such as copper, cobalt and nickel designed mainly to facilitate the production of single- and multi-layer graphene films.

Large area graphene thin films in practically larger industrial scales could be fabricated based on the chemical vapor deposition (CVD). The resulting graphene is known as CVD graphene which is processed through depositing graphene on various substrates under particular atmospheric pressure and temperatures 1.

Graphing is an allotrope of carbon with a rigid two-dimensional hexagonal lattice structure and a thickness one carbon layer. Graphene with its two-dimensional super crystalline structure could be wrapped into a number of allotropes namely one-dimensional carbon nanotubes and zero dimensional fullerene. It is interesting that crystalline monolayer graphene can be piled on each other to make graphite which is originally the material from which the graphene is originated. The unique properties and the ever-growing applications in science and industry, all qualified graphene synthesis for the Nobel Prize in Physics in 2010 and the Graphene Gold Rush began 2.

Chemical vapor deposition is a method of depositing crystalline structures and fine powders on particular substrates in vacuum in order to produce solid materials with practically high quality and high performance. In a typical chemical vapor deposition, a substrate like a wafer is exposed to one or two desirable precursors so that they can engage in a decomposition reaction on the surface of the substrate. So far, various types of chemical vapor deposition methods have been developed. In particular, the processes differ based on the means and devices chemical reactions are processed and initiated. CVD techniques are known as atmospheric pressure CVD (which is done at atmospheric pressure and low pressure), ultra-high vacuum CVD (done At a very low pressure), aerosol assistant CVD (classified as the most modern CVD technique through which particular precursors are immobilized on the surface of a substrate using gas or liquid aerosol mainly appropriate for applications with non-volatile precursors), direct liquid injection CVD (which employs liquid precursors), microwave plasma assisted CVD, plasma enhanced CVD (which utilizes plasma to increase chemical reaction rates), remote plasma enhance CVD and so forth.

Among all the common preparation methods of graphene, chemical vapor deposition is considered as the most common and efficient way of preparing graphene with a large area and in bigger scales. Various techniques of large-scale wafer production has been suggested and developed in the past few years mainly based on substrates like cobalt copper and nickel. Technically speaking, a surface made of copper is regarded as a superior substrate since graphene monolayers can be deposited truly exclusively. Moreover, nickel surfaces have turned out to support the formation of controlled graphing layers. In addition to this, numerous transition metals have been investigated as potential substrates to be applied in CVD process namely ruthenium, iridium, platinum, rhodium, gold, palladium and rhenium. On the contrary, none of these substrates have exhibited favorable results to compete with cobalt, nickel and copper with profound efficiency mostly because of their cost, desirable quality and transferability as well as the feasibility of extending thin graphene sheets to achieve larger dimensions 3.

CVD preparation on graphene on SiC is regarded as a novel technique suggesting more versatility that affects the quality of the graphene layer through engaging more parameters compared to conventional methods. One of the key factors in CVD preparation based on SiC is their preparation at lower temperatures. Such a quality restricts SiC atoms from being diffused into the bulk of the SiC crystals creating pinning points between the substrate and the graphene monolayer with the consecutive formation of the desired free-standing graphene 3. However, there is fact that this technique is suitable and satisfactory for large-scale fabrication of CVD Graphene. 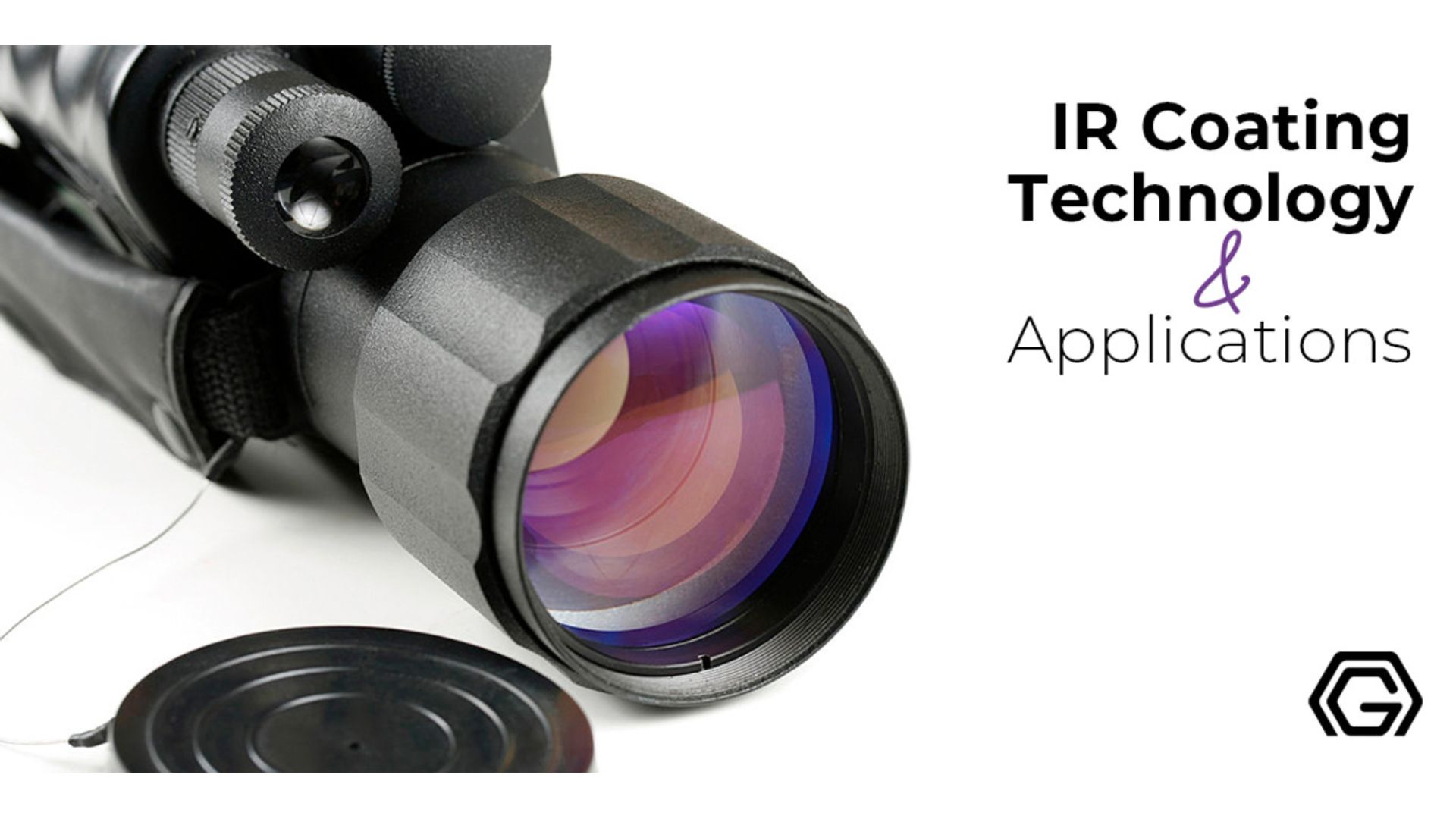 If you are interested in the applications of CVD coating,

Monocrystalline sheets of graphene with centimeter-sized thicknesses could be grown on the surfaces of metallic materials with polycrystalline structures. Particularly. Polycrystalline samples mainly from groups 8 to 10 of transition metals are applied as substrates for CVD graphene preparation. As an instance to this, graphene monolayers could be deposited on the surface of polycrystalline Fe at temperatures as high as 600 to 800°C. In another method, polycrystalline layers of cobalt is deposited on a SiO2/Si wafers along with their exposure to ethyne or methane in order to generate heterogeneous films containing both monolayer and multi-layer graphene sheets. Using nickel substrate, atmospheric chemical vapor deposition of graphene leads to formation of as many as 12 layers of continuous graphene films extending across the polycrystalline metal surface. Under the conditions like ambient pressure of the source, gas and temperature, graphene sheets of several inches and one to two layers could be formed on copper foil which is originally deposited on and SiO2/Si wafer.

Classification of CVD Based on Carbon Source

Materials containing carbon such as liquid, solid and gaseous compounds are employed for the preparation of chemical vapor deposition of graphene. Basically, they use of solid precursors allows the possibility of decomposition at lower temperatures suitable enough for chemical vapor deposition in atmospheric pressure. The decomposition of hexachlorobenzene (as the source of carbon) and the formation of graphene with a single layer subsequently is carried out through heating the material up to 360°C on copper foil substrate. Interestingly, as the temperature of the composition rises, the number of layers formed on the substrate increases. Additionally, waste solid plastic is alternatively employed as the graphene precursor. Polymeric compounds are pyrolyzed at temperatures as high as 500°C with their consecutive deposition to be used as carbon source 3. Particularly, gaseous precursors are extensively used in CVD techniques for preparing. In this order, acetylene, methane and ethylene are the most common precursors employed for graphene deposition on given substrates. Additionally, the presence of other components could considerably impact the deposition and growth of graphene among which oxygen and hydrogen seem to play a significant role in the formation of graphene grains with various morphologies and sizes 3.

Recently, CVD graphene has been developed for applications in designing heterostructures with semiconductor and Van der Waals heterostructures based on two-dimensional materials. Applications of graphene have extended into numerous areas of science and industries like nonvolatile memories, optoelectronics, nanomechanical systems, interconnections bioelectronics and thermal management. In addition to the applications mentioned above, graphene-based photo detectors, light emitting diodes and graphene-based solar cells are among the most interesting applications due to their considerable performance is transparent electrodes and active layers used in photoelectric devices.

Up to this point, a considerable number of methods has been suggested for the preparation and synthesis of graphene. These methods have been applied in laboratory and Industrial scales with nearly satisfactory efficiencies. However, there has always been a demand for synthesis methods to obtain graphene in large industrial scales as well as larger surface areas. Chemical vapor deposit (CVD) has emerged as a promising method in order to make this dream come true. At this point and thanks to the numerous CVD techniques, the production of graphene in larger scales is becoming a normal trend in technology and industries.