Carbon nanotubes are cylindrical molecules that consist of carbon atoms that are present in the form of sheets. They can either be single-walled or multi-walled depending upon the type and number of nanotubes involved. Carbon nanotubes exhibit excellent properties and characteristics owing to which they have a tremendous number of applications.

Carbon nanotubes have a chemical bond with the sp2 bonds, like graphene which is their building block. Chemical bonds are a very strong form of molecular interaction. When these chemical bonds mix with the natural inclination of the carbon nanotubes to rope together because of the van der Waals forces, they make a possibility of developing a low-weight, ultra-high-strength materials possessing highly conductive thermal and electrical characteristics. All of these are the reasons for them being extremely attractive for several applications.

In the universe, the 4th most abundant element is carbon. It depends on the carbon atoms' arrangement and takes on a broad number of forms, known as allotropes. Remarkable characteristics of electrical conductivity and strength are displayed by the carbon allotropes.

Graphite and diamond are the two classical structures that are possessed by solid carbon at room temperature. An interesting field of carbon nano chemistry was opened after a breakthrough in 1985 when the existence of a new and third carbon allotrope was discovered and it possessed sixty perfectly symmetrically arranged carbon atoms (also called buckyballs, fullerene, or C60). Graphene was discovered in 2004 whereas the discovery of carbon nanotubes was made in 1991.

The Electrical Characteristics of Carbon Nanotubes

Nanotubes' electrical characteristics are determined by the graphene layers' rolling-up direction (chiral vector or rolling-up). The angle of the hexagonal carbon-atom lattice of the nanotube is described by chirality.

Armchair Nanotubes – These are known as armchair nanotubes due to their edges being of armchair-like shape. They are highly demanded due to their excellent conductivity. They also possess identical chiral indices. They are not like the zigzag nanotubes. If you turn an armchair's graphene sheet to 30 degrees, the nanotube will change to zigzag and vice versa.

Like metals, multi-walled carbon nanotubes are always conducting and they obtain conductivity of the same level, whereas the chiral vector of the single-walled carbon nanotubes determines the conductivity of the SWCNTs: they can be electrically conducting and act as a metal; exhibiting the semiconductor's characteristics or be non-conducting. A little change for instance in the helicity's pitch can be the reason for the tube being transformed from a metal into a large-gap semiconductor.

Other than their inherited electrical characteristics from graphene, carbon nanotubes also possess remarkable mechanical and thermal characteristics, making them interesting in developing the new materials:

The Discovery of CNTs

Every year, there is a publication of thousands of papers on the carbon nanotubes or the related areas and in most of them, the credit for discovering the carbon nanotubes is given to Sumio Iijima. In 1991, he wrote a ground-breaking paper in Nature known as the Helical microtubules of graphitic carbon, which reports the MWCNTs discovery. One can also say by reviewing the scientific literature that Iijima discovered carbon nanotubes. Iijima surely had made two significant contributions to the field, although literature's careful analysis shows that he is not the one who has discovered the carbon nanotubes and their existence. 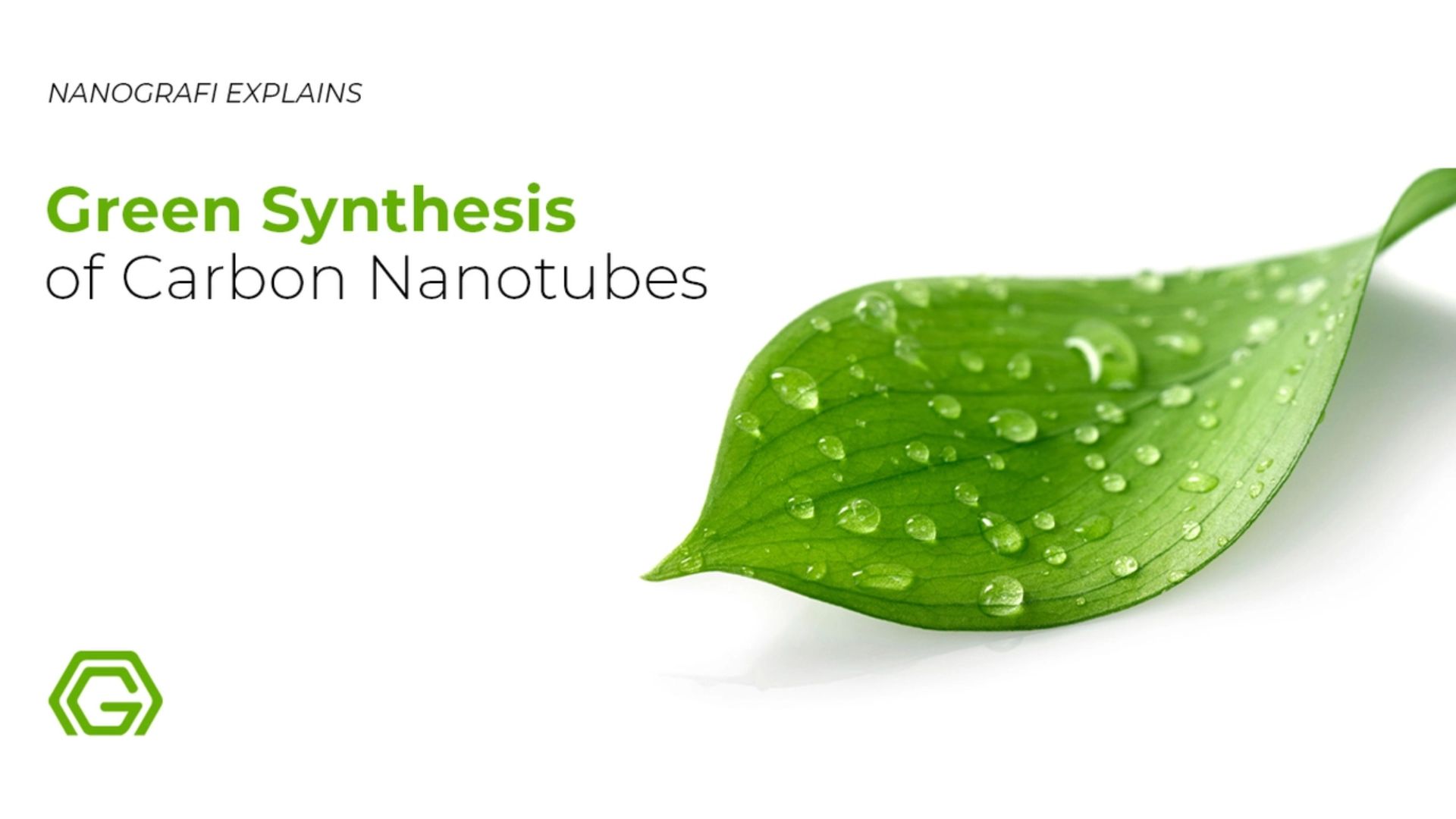 To get more information about the synthesis of carbon nanotubes,

The Importance of Clean Water

When it comes to our ecosystem and human life, clean water is a significant resource. Although, due to the population's increasing growth and urbanization and the economy's rapid development, cost-effective water treatment technologies are highly required by the Issue of increasing pressure on water scarcity for producing clean water of high quality. Brackish water and seawater desalination technologies on one hand are the most significant methods possessing great promise of increasing the clean water supply effectively by producing freshwater in more amount.

On Earth, 98% of water is brackish water and seawater, which shows that a tiny percentage of water is supposed to have a huge influence on the issue of scarcity of fresh water. Moreover, in the past decades, wastewater recovery and recycling technology have been a huge trend for achieving water sustainability. The reusing of the wastewater doesn't only decrease the risk of environmental discharge but also lessens the pressure on the freshwater resource shortage.

Membrane separation technology is broadly accepted among the numerous techniques for water treatment as an emerging method for desalination of both brackish water and seawater. It also reuses the wastewater. Moreover, it is one of the significant technologies for sustainable environmental pollution control engineering because of the benefits it offers, like low pollution, low energy consumption, low operating cost and capital, easy operation, and high efficiency and stability. The property and structure of the membrane mainly limit the membrane's separation performance fundamentally.

A huge amount of attention has been gained by both the inorganic and organic polymeric membranes as far as the membrane materials are concerned. The main reason for this interest is water treatment at both the industrial and laboratory scales. Although, there is a trade-off relationship of the traditional membrane materials between the permeability and selectivity, and low anti-fouling characteristics too. There needs to be designing and fabrication of the new types of membranes for overcoming these serious limitations and for increasing selectivity (or rejection) and permeability (or flux) as well as the fouling resistance.

There has been the availability of various methods to fabricate carbon nanotubes recently, like chemical vapor deposition (CVD), laser ablation, and electric-arc discharge. If you change the process parameters of the fabrication methods that are available right now, then you can controllably adjust the Carbon nanotubes' structure and morphology. The chemical vapor deposition (CVD) method is the most famous and broadly utilized among these methods because of its comparatively flexible and simple process, easy operation, and low set-up cost. Moreover, this method is the most possible way of producing high purity carbon nanotubes at a high yield with a controllable structure.

The chemical vapor deposition process is a thermal dehydrogenation reaction in which a hydrocarbon vapor passes through a tubular reactor and in that reactor, a transition metal catalyst is present like cobalt, nickel, or iron at a high temperature of 600-1200 degrees celsius for decomposing the hydrocarbon.

Since their discovery, there have been debates on the carbon nanotubes' growth mechanisms. One can outline the broadly accepted growth mechanism of the carbon nanotubes as follows. There has been proposition of the two different mechanisms including vapor solid-solid (VSS), and vapor-liquid-solid (VLS) in two general cases based on the metal catalyst's state and carbon's diffusion way at high temperature. 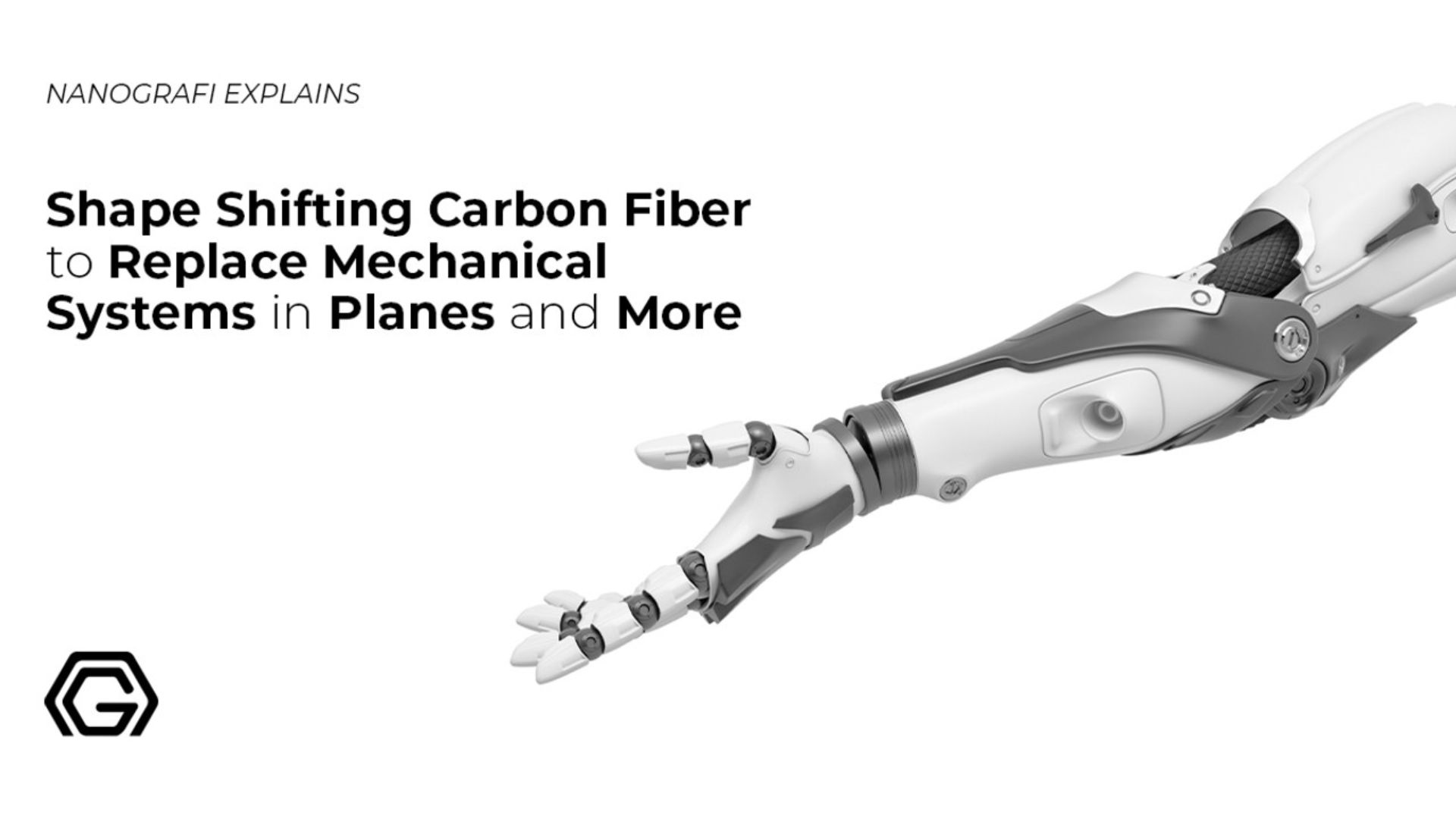 To get more information about the utilization of carbon fibers,

Interaction Between The Substrate and Catalyst

The Characterizations of Carbon Nanotubes

One of the most powerful techniques to characterize carbon nanotube is Raman Spectroscopy. It is used in routine for evaluating the made carbon nanotubes' purity and quality. Carbon nanotube's Raman spectrum shows two main first-order bands. D band is observed around 1300-1350 cm-1, whereas the G band is almost located at 1500-1600 cm-1. Thus, usually, the area ratio of the G and D band (ID/IG) is measured for estimating the level of the defects in a particular carbon nanotubes sample.

Almost 98 percent of all the water that is present on earth, comes from either seawater or brackish water and thus it has been reported that even a tiny difference in this percentage can cause a major impact on the issues of water scarcity. So in terms of keeping the water percentage maintained and keeping a distance from the major water shortage issues, we need to use various techniques which can help promote and increase the water storage via seawater and brackish water by continuing to generate freshwater from the seas. The most common and used technology is the membrane separation technology which is considered the best route to obtain fresh water from the seas in a rather very economical way. Currently, Caron nanotubes are being used to carry out this entire process through a series of processes known as reverse osmosis, Nono filtration, and membrane distillation.

There has been a production of high volumes of wastewater in oil-water emulsion form in numerous sources like domestic sewage, transportation, oil refining, production of crude oil, and others. Severe damage can be caused to human health and the environment if the oil-water emulsion wastewater gets discharged into the water. There has been a broad application of membrane filtration including nanofiltration (NF), ultrafiltration (UF), and microfiltration (MF) for the oil-water treatment with the benefits of small footprint, low energy consumption, and production of high-quality water. Although, the deformable nature of the oil droplets is the reason for this difficulty, leaving the only usage of the size-exclusion separation not effective enough to completely remove the oil from the water.

Removal of The Heavy Metal Ions from The Wastewater

One or multiple toxic metal ions are contained in the wastewater from many industries like battery industries, chemical manufacturing, mining operation, and metal plating facilities. Carbon nanotubes have been recently utilized as promising adsorbents for metal ions' adsorption like Cr(VI), Co2+, Cd2+, Cu2+, Sr2+, Ni2+, Zn2+, and Pb2+. Converting the carbon nanotubes' excellent absorption ability into a valuable and cost-effective filtration membrane for particular applications is the current challenge. A versatile and highly efficient carbon nanotubes-based composite filter was explained by Parhan et al. on this basis for removing the heavy metal ions from the water. Almost 100% heavy metal ion removal efficiency is possessed by the composite membranes.

A novel adsorptive membrane was also similarly made by Tofighy et al. for the removal of Ni2+ ions from the water by implanting the carbon nanotubes in the ceramic membrane substrates’ pore channels through chemical vapor deposition. Both Freundlich isotherm and Langmuir models well matched the membrane’s adsorption behavior. Although, the membranes only used carbon nanotubes adsorption capability for metal ion removal without using membrane filtration effect because of the comparatively large pore size of the new ceramic carbon nanotubes-based composite membranes. Thus, the membrane efficiency was low in a continuous filtration operation model that is not practically viable for applications.

The phase inversion method was used by Shah et al. to functionalize the CNTs-PSF composite membranes. Carbon nanotubes' presence imparted the excellent adsorptive nature of the membranes effectively, and it lessened the size of the pore to the 20-30 nm of range, therefore helping the membranes be efficient enough to remove the metal ion under continuous filtration operation.

There are the existence of emerging pollutants like environmental endocrine disruptors (EEDs), persistent organic pollutants (POPs), and pharmaceutical and personal care products (PPCPs), in the low concentration environment but they cause serious harm to the human health and ecology. Thus, in recent years, more and more attention is gained to the removal of the rising pollutants in the wastewater or water. Interestingly, there was fabrication and usage of the novel CNTs-PVDF composite membrane in the filtration of ibuprofen (IBU), acetaminophen (AAP), and triclosan (TCS) for determining the mechanisms and capabilities of the PPCPs removal.

The range of removal rates was from almost 10-95%, and it increased with carbon nanotubes with more specific surface area, lesser surface oxygen content, and PPCPs with more aromatic rings. The carbon nanotube-based composite membranes can remove PPCPs for a long period of separation time, with no need for regeneration, and that is significant to the practical application, considering PPCPs' comparatively low initial concentration in a municipal wastewater or natural water.

Carbon nanotubes are known for the excellent applications that they exhibit in return enhancing the productivity and usage of the product itself. Water purification is one of the necessities of human life and carbon nanotubes play a huge role in doing this job. A lot of techniques and methods are used to carry out this process which is benefiting the industries and human lives.