Tungsten is a matte silver-colored metal with the highest melting point of pure metals. Tungsten is more resistant to breakage than diamond and is much harder than steel. It is indicated by the symbol W and has an atomic number of -74. In Mendeleev's periodic table, it is in the sixth group, it has similar properties with the "neighbors" – molybdenum and chromium. It has the unique properties of refractory metal - its strength and ability to withstand high temperatures - that make it ideal for many commercial and industrial applications.

Let us consider in more detail what type of metal is tungsten.

As mentioned above, tungsten is one of the most refractory metals. It has a bright light gray color. Its melting point is 3422 °C, and the boiling point is 5555 °C, the pure density is 19.25 g/cm3, and the hardness is 488 kg/mm². It does not react with molten alkalis and it is one of the heaviest metals possessing high corrosion resistance. It is practically insoluble in sulfuric, hydrochloric and hydrofluoric acid, but it reacts rapidly with hydrogen peroxide.

What kind of metal it is if it does not react with molten alkalis?

Reacting with sodium hydroxide and oxygen, it forms two compounds: sodium tungstate and ordinary H2O. It is interesting to note that as the temperature increases, the tungsten heats up, so the process is much more active.

From a chemical point of view, tungsten is a special metal. At room temperature, it is extremely resistant to air. Only at higher temperatures does it gradually burn to tungsten (VI) oxide. Most acids and alkalis cannot harm it. Mineral acids, hydrofluoric acid, and even aqua regia attack the metal very slowly. However, in a mixture of nitric and hydrofluoric acid, it dissolves quickly. 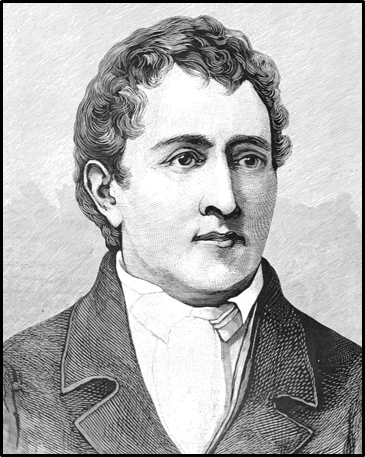 This element and its minerals are extracted in Portugal, Bolivia, South Korea, Russia, Uzbekistan, and the largest reserves have been found in Canada, the United States, Kazakhstan, and China. Only 50 tons of this element are extracted every year, so it is expensive.

To the question of which tungsten metal group belongs, it can be answered that it falls into the category of rare elements, such as rubidium and molybdenum.

Tungsten is characterized by small-scale production. Furthermore, this metal is not obtained from the reduction of raw materials. Initially, it is transformed into chemical compounds.

Tungsten is basically isolated from the mineral material and concentrated in solution or sediment.

The next step is to get a pure chemical compound for purification.

Pure rare metal - tungsten is extracted from the obtained substance.

It is enriched using gravity, flotation, magnetic or electrostatic separation. The result is a concentrate containing 55-65% of tungsten anhydride. To obtain a powder, it is reduced by using hydrogen or carbon. For some products, the process of obtaining the object ends here. Thus, tungsten powder is used for different purposes.

We've already figured out what kind of metal is tungsten, and now we'll find out what can be produced from Tungsten and its uses.

Tungsten has a very important alloy. When it’s integrated with other components, its properties are greatly improved and the final product finds many important uses.

Of course, this is one of the most common types of products made with this metal.

What kind of tungsten is used to make them?

The tungsten in powder form is forged on a rotary molding machine. It is important to note that the process takes place in a heated state (1450-1500 °С). The resulting product is used in various sectors. For example, for the production of welding electrodes.

Furthermore, tungsten bars are widely used in heaters. They operate in furnaces at temperatures up to 3000 °C in a vacuum, inert gas or hydrogen. This product can also be used as cathodes of electronic and gas discharge devices.

It is interesting to note that the electrodes themselves are not consumable and, therefore, during welding, storage material (rod) is required. When it is melted with the material to be welded, it creates a weld pool. These electrodes are usually used for welding non-ferrous metals. 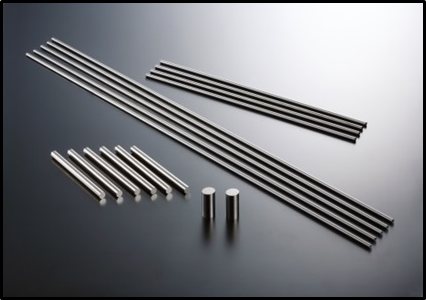 Here is another type of widespread product. Tungsten wire consists of forged bars, which we have previously considered. The design is performed with a gradual decrease in temperature from 1000 °C to 400 °C. Subsequently, the product is cleaned by annealing, electrolytic polishing or electrolytic engraving. Since tungsten is a refractory metal, the wire is used in the resistance elements in heating furnaces at temperatures up to 3000 °C. This includes thermoelectric converters, spirals of incandescent lamps, ring heaters and much more.

Tungsten carbides are considered to be very important from a practical point of view. They are used to make hard alloys. Carbon compounds have a positive coefficient of electrical resistance and good metal conductivity. Tungsten carbides consist of two types: WC and W2C. They differ in their behavior in acids and in the solubility in other carbon compounds.

Based on tungsten carbides, two types of hard alloys are made: sintered and cast. The latter is obtained from powdered compound and carbide with C deficiency (less than 3%) by fusion. The second type is made of tungsten monocarbide WC and cementation of metal ligaments, which may be nickel or cobalt. Sintered alloys are obtained only by powder metallurgy. Powdered metal cement and tungsten carbide are mixed, pressed and sintered. These alloys have high strength, hardness, wear resistance.

In the modern metallurgical industry, they are used for cutting metals and for producing drilling tools. One of the most common alloys is VK6 and VK8. They are used for the manufacture of cutters, cutters, drills and other cutting tools.

The purpose of tungsten carbides is quite voluminous. Therefore, they are used for the production of:

In the West, tungsten carbides are particularly used in jewelry, particularly for the production of wedding rings. This is because they are incredibly wear-resistant. To scratch a product like that we will have to make a great effort. Even after a few years, the ring will look new. It will not fade and will not be damaged and the polished part will not lose its luster. Moreover, the metal looks beautiful, aesthetic, and easy to handle.

The alloy of these two elements is widely used for the production of high-temperature thermocouples. Like rhenium, it is a heat-resistant metal.

If rhenium is used as an additive, there will be an increase in heat resistance and ductility of tungsten. This alloy is produced by fusion in powder metallurgy. Thermocouples made with these materials are heat resistant and can measure temperatures above 2000 °C, but only in an inert environment. Of course, these products are expensive, because in just one year only 40 tons of rhenium and only 51 tons of tungsten are extracted.

Tungsten has a wide range of applications, the most common of which is certainly as hard metal. Let’s have a look at a variety of its applications:

1. It is very resistant to wear and is used in the processing of other metals, mining, oil, and construction.

2. The tungsten is also used for filaments of incandescent and vacuum tubes and of different types of electrodes because it can be reduced in very thin filaments that have a high melting point.

3. Tungsten carbide is used by jewelers due to the characteristics of resistance to scratches and wear.

4. The density and hardness properties make it the ideal candidate for heavy alloys used in armor, heat sinks and checks and balances systems.

5. Tungsten is ideal for arrows and darts.

6. High-speed steel is often tungsten alloys; they can be up to 18%.

7. Superalloys with Tungsten are used in turbine blades, tool steel, and mechanical parts or wear-resistant coatings.

8. Tungsten composite materials are used instead of lead in certain firearm ammunition.

9. Tungsten chemical compounds are used in catalysts, inorganic pigments and high-temperature lubricants stable up to 500 °C.

10. Because the thermal expansion coefficient of tungsten is very close to that of glass and boron silicate, it is used to make the tungsten glass-metal connections waterproof.

11. Tungsten is used to transmit kinetic energy as an alternative to depleted uranium.

12. Tungsten is used in solder alloy with thorium for electrodes that do not melt at the temperature of the arc.

13. Tungsten is used as a material of contact with the plasma in fusion nuclear power plants.

14. Given the large radiation shielding capacity, it is used in applications that have a good absorption capacity of the joint in a smaller format.

15. In the form of Sodium polytungstate, it is used as a heavy liquid to evaluate the density of the material.

16. Tungsten is used in surgical bone and dental drill, in the form of tungsten carbide.

17. Tungsten is widely used in chip removal tools in the form of sintered tungsten carbide known by the name of Widia.

18. It is used for the production of the x-ray tube. There is a possibility of using tungsten instead of lead in the bodies of radiation protection used in radiology.

19. In the form of high-density tungsten paste, it is used in sport to balance fishing bait and terminal.

20. Tungsten oxides are used in ceramic coatings and calcium and magnesium tungstates are widely used in fluorescent lamps.

21. Because of its very high density, comparable to that of gold, tungsten is used as a flywheel, counterweight or vibration damping in aerospace, automotive, sports, and telecommunications.

22. Tungsten metal is also used in the X-ray and heating elements for electric furnaces.

23. Tungsten salts are used in the chemical and tanning of leather.

24. The tungsten bronze are pigments used with other compounds in paints and colors.

In conclusion, tungsten is metal as heavy as gold (density 19.3 g/cm³), as hard as diamond (as tungsten carbide) and so heat resistant that iron gets boiled long before tungsten melts (melting point: 3422 °C). The fields of application of this metal are impressively versatile, as shown above. Because of its special properties, tungsten is indispensable today for the modern high-tech industry. Since tungsten has the highest melting point of all metals, it is ideally suited for high-temperature applications in energy and lighting technology as well as for space travel. 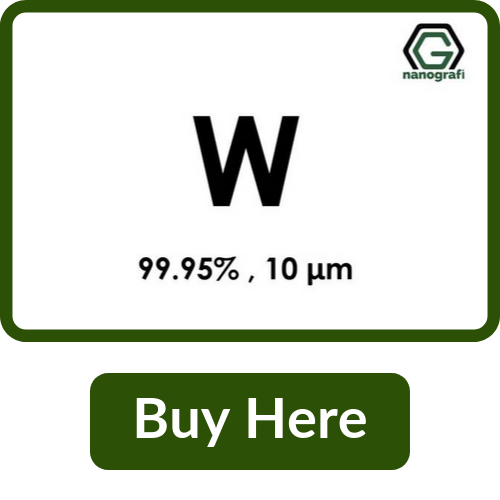 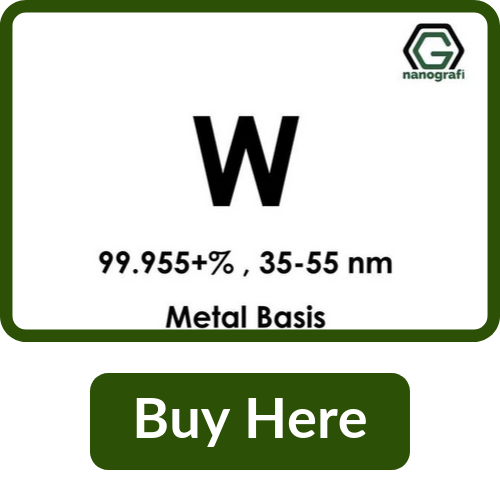