Nanoparticles have some remarkable properties that make them very desirable and needed for so many applications in so many fields.

Their occurrence is broad in nature. Colloidal chemistry is explained in this article. This review mainly focuses on the dispersion of nanoparticles.

The dispersions that are then made can either be used as it is or upon dilution with the preferable solvents which are ideally compatible solvents as well. Upon dispersion, nanoparticles can sometimes settle against storage, and in those cases, they are mixed before they are used. Nanoparticles can be dispersed in three different ways, ultrasonic treatment, usage of high shear mixing instrument, or ball mill treatment. Between nanoparticles, there are attractive forces of van der Waals. Fullerenes' dissolution in liquids is restricted only to a few organic solvents. For enabling dispersions preparation in a huge range of solvents, modification of surfaces is compulsory. Applications in biomedicine are offered either by attaching carboxyl groups on the surface or by dispersions in water. Pristine carbon nanotubes’ dispersion is possible in numerous organic solvents, and when surfactants are used, they can be dispersed in water too. Preparation of graphene dispersion is dependent on graphite oxide, which is achieved by graphite particles’ partial oxidation in strong oxidizing acids.

Nanoparticles are those particles which are present on a nanometric scale which means it is below nm in either one of its dimension. The physical properties which the nanoparticles show are uniformity, conductivity, or the optical properties which makes these nanoparticles very much desirable. They are present at transition in between the bulk materials and atomic or molecular structures. Nanoparticles play a great deal of role in atmospheric pollution and are happened to be a much-needed ingredient in some industrial products such as ceramics, paints, plastics, metals, and magnetic particles. Dispersions are getting known nowadays by various industries, and they are being made for specific applications. Apart from coatings and paints, particles of a sub-micrometre size that are suspended in liquids are employed biotechnologies, medicine, civil engineering, and optoelectronics, etc. Several vendors are commercially selling various nanoparticle dispersions. Research in the field is inspired and tolerated by novel nanomaterials increasing amount.

The natural production of nanoparticles is done by different cosmological, biological, meteorological, and geological processes. A remarkable fraction by number and not by the mass of interplanetary dust which is still falling at the rate of thousands of tons per year on the Earth and it is likewise for the atmospheric dust particles. Since prehistoric times, dispersion of various particles has occurred, back then they were mainly applied as inks and paints. Many types of dyestuff, e.g. Charcoal, red ochre, and hematite, has made the oldest cave paintings, mostly older than 30 000 years. Solid is grinded first, and then they are mixed in grease, water, and with blood (rarely), to make these paints (i. e., dispersions). A lot of similarities can be seen in the recipes. Conscious synthesis and nano- and micro-particle dispersions' usage other than for paints and inks possibly initiated in between the 19th century when the colloid chemistry arrived. Particles have some surface characteristics that have major importance in dispersions’ preparation and its storage. The previous empirical knowledge mixed with particulate–solvent interactions understanding, in the end, resulted in the birth of colloidal chemistry, which is the science of systems that are multiphase, containing large interfacial surface areas.

How to Disperse Nanoparticles?

Nanoparticles can be dispersed in three different ways.

Nanoparticles' direct dispersion is possible in ordinary solvents, very rarely. Between nanoparticles, the attractive forces of van der Waal are to be lessened via steric hindrance by molecular addition that can adsorb onto the nanoparticles or by electrostatic stabilization, creating spacer units in between the primary particles. Metal oxides and metals are often stabilized in Na2SO4, NaCl, and citrates electrolytes. Various capping agents and surfactants have applications that are possibly the extensive method that’s used virtually for dispersion of any nanoparticle in a wide variety of different solvents. Capping agents and surfactants, either through electrostatic attraction (ions on a partially dissolved surface with opposite charged ionic surfactants) or through van der Waals forces (induced dipole, dipole-dipole), binds to the particles. Due to the huge diversity of ionic and polar groups connected to the molecule’s apolar part, the ideal one for a specific type of nanoparticle–solvent system. Can be discovered easily. A reactive head group is contained by capping agents (like polyvinyl pyrrolidone (PVP), amines, or dipole-dipole) that can powerfully coordinate to the particle surface, while the suspension of the particle is done by hydrophobic tails. By coating the particles, steric stabilization is done, which is also a famous approach. 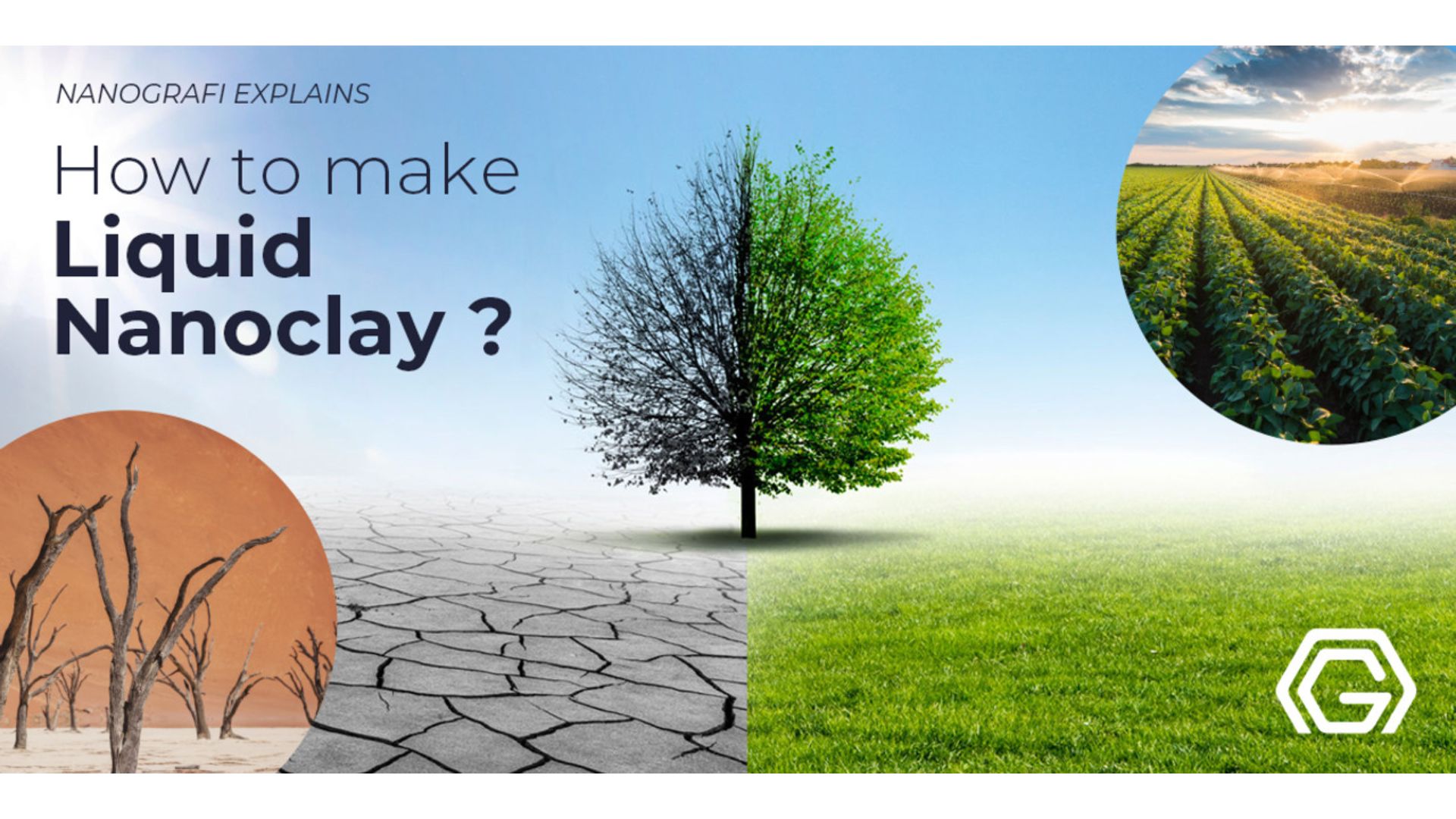 To get more information about the dispersion of nanoparticles,

Challenges and Solutions of Nanoparticles Dispersion

With the production of dispersion of nanoparticles, various challenges, especially in the environment of industries of the manufacturers, take place. These challenges can be classified as well depending upon the type of category they fall in. Gas condensation, pyrolysis, and other various related methods for synthesizing nanoparticles present a great deal of supremacy such as great control of purity and very tiny sizes. Nevertheless, these are the methods that suffer as a way of nanoparticle dispersion because of the unavoidable inclination of even ceramic and lifeless nanoparticles to clutter and chemically combine to form crumbly but large networks that cannot be removed by either chemical or physical means. During dispersion and synthesis, the problems in the way can be related to the stabilization of particle size and to the control of interparticle interactions, both are discussed in this article. Factors affecting particle-particle interactions and, ionic and molecular-based solubility are well-known, and methods for their control are articulated. Modification in particle surface chemistries comprises of aspects affecting coupling chemistries and surface energetics that are suitable for aqueous systems.

The dispersion of nanoparticles means that there are many nanosuspensions which can be productively dispersed and carried out by implanting the ultrasonic transducer of high-frequency into a micro-container, for example, we use injection for the nanoscale and submicron particles' dispersion for the transportation of liquid. This system of nanoparticle dispersion can be instilled in many syringe pumps and are most commonly used as the auxiliary accessory unit in the process of the precision spray coating system. In simpler words, nanoparticle dispersions are the suspensions of nanoparticles in either water or organic solvents. The dispersions that are then made can either be used as it is or upon dilution with the preferable solvents which are ideally compatible solvents as well. Upon dispersion, nanoparticles can sometimes settle against storage, and in those cases, they are mixed before they are used. Silver and gold, which are also known as the surface-functionalized nanoparticles are accessible as the solutions in either water or organic solvents. These are then also known as the true solutions which upon the proper storage should not settle or reveal the phase separation.

When it comes to liquids stabilization, apart from its size, the most important role is played by the chemistry of nanoparticles' surface. Nanotubes, graphite/graphene, and fullerenes are quite unreactive chemically as they’re made of C atoms that are sp2-hybridized. Direct dispersion or – in fullerenes case – dissolution in liquids is restricted only to a few organic solvents because of the chemical bond in between the C atoms that makes the material apolar. For enabling dispersions preparation in a huge range of solvents, modification of surfaces is compulsory, i.e., chemically functionalized, so that many groups that are easy-to-disperse sticks onto the surface.

Carbon surfaces’ functionalization may be achieved by a broad range of methods consisting of noncovalent adsorption/molecules wrapping and also, covalent bond formation, chemically. Strong oxidizing acids are used to produce defects and produce carbonyl, carboxylic moieties, and hydroxyl on the surface is one way for starting points generation for virtually any side-groups’ subsequent synthetic construction through, e.g., amidation or esterification. Since graphite/graphene and carboxyl functionalized nanotubes can be dispersed in water simply, without more modification, these products are sufficient for applications. Dispersion in a broad range of solvents and sidewall functionalization are enabled by different cyclononcovalental-addition, and halogenation reactions. Molecules' non-covalent adsorption may take place on surfaces of sp2-hybridized carbon because of the π-electrons overlapping in between the two molecules. The nanocomposite structure disperses in many polar solvents without changing the host material’s real structure if the adsorbing moiety has some polar groups. Nanoparticles wrapped by polymer and also surfactants adsorbed on the surface provide more choices exfoliating and then stabilizing graphene flakes in solvents and nanotubes.

Nanotubes selective wrapping has been shown by various groups through the usage of numerous synthetic polymers and DNA. In the suspension of toluene, highly selective separation of near-armchair chiralities is seen. In the separated suspensions, when laser grown nanotubes are applied, carbon nanotubes and HiPCo nanotubes have different chiralities. Organic solvents dissolve fullerenes pretty well in organic solvents, for instance, benzene, xylene, toluene, and others. Although, direct dispersion in the polar solvents is restricted; when polar organic solvents (acetone, ethanol) is mixed with fullerenes solution with apolar solvents, in the polar phase appearance of stable colloidal fullerene clusters precipitates appears.

A surface that's negatively charged describes colloidal particle stability. Applications in biomedicine are offered either by attaching carboxyl groups on the surface or by dispersions in water via complexing fullerenes with cyclodextrin. Further derivatives that are appropriate for both apolar and polar solvents show potential in thin-film applications in electronics. Dispersion of pristine carbon nanotubes is possible in numerous organic solvents in polymers, and when surfactants are used, they can be dispersed in water too. Based on the functional groups' nature, carbon nanotubes having functional side-groups can be suspended in numerous solvents.

Thin graphite flakes and graphene sheets dispersion can be made by strong ultrasonic treatment of microscopic graphitic particles, but if there is an addition of surfactants, it can be in the water too. Commonly, the preparation of graphene dispersion is dependent on graphite oxide, which is achieved by graphite particles partial oxidation in strong oxidizing acids. For getting graphene, graphite oxide should be reduced in hydrazine. Exfoliation in hydrazine is also stated. Through Congo Red molecules’ π−π stacking on the surface, pristine graphene’s noncovalent functionalization has been effective in dispersing the hybrid nanoparticles in a broad range of solvents. In the same manner, carbon nanotubes’ surface has both nanocomposites, and graphene oxide adsorbed in it, and both can be suspended in aqueous media.

Nanoparticles have some remarkable surface properties that make them attractive and useful. The dispersion of nanoparticles is the main topic. Nanoparticles can be dispersed in three different ways. Between nanoparticles, there are attractive forces of van der Waals and some other attractive forces. Surface modification is compulsory for enabling the preparation of dispersions in a huge range of solvents. Applications in biomedicine are offered. Many carbon nanomaterials can be dispersed too and are discussed here in detail.