Liquid Nanoclay is a nano clay dispersion obtained by a novel mixing method utilizing subsequent changing of flow regime between laminar and turbulent.

This product is developed in the hopes of aiding desertification which is an ever increasing issue damaging the agricultural production.

Agriculture is one of the biggest sectors in the world consuming a great deal of water and requiring vast fields offering quality soil. The dependency on agricultural production is inevitable yet little effort has been put into the improvement of agricultural technologies compared to industrial developments.

The Significance of Liquid Nanoclay

However, taking into account the accelerating rate of food consumption and decaying soil quality, the development of agricultural technologies is crucial. Furthermore, ever decreasing water resources and green land on the Earth leading to desertification is concerning which sparks new studies on the reduction of water consumption and adding value to worthless soil. The combination of global warming, droughts, overgrazing, and other human activities accelerates desertification. The sandy soil is worthless for agricultural applications and requires cumbersome treatments to reach a valuable state. Another concern to pay attention to is the communities that are dependent on other countries for agricultural resources due to poor-quality soils and lack of advanced agricultural systems. The solution to all of these problems lies in the improvement and manipulation of soil towards the desired qualities to support agricultural production and decrease the excessive water consumption of agriculture. The outstanding property profile has qualified clay as a good candidate for soil enrichment.

Clay is a well-known material that has proven to be useful in several different areas. The usage of this material extends from cosmetics to construction. Similarly, clay containing soils are considered to be precious due to their nutrient rich nature and water retaining properties. Clay is an inorganic material containing precious minerals rich in silica, calcium, and aluminum including talc (Mg3[Si4O10(OH)2]), Mica (KAl2[AlSi3O10(OH)2]), kaolinite (Al2[Si2O5(OH)4]), montmorillonite (Mg0.33Al1.67[Si4O10(OH)2] (Ca, Na)(H2O)n ), Serpentine (Mg3[Si2O5(OH)4]) or sepiolite (Mg4[Si6O15](OH)24H2O). The most common clay types acknowledged in the industry are bentonite and kaolin. Bentonite is often defined to be rich in montmorillonite while kaolin is often defined to be rich in kaolinite. These minerals support plant growth by enriching the nutrient content of the soil. Additionally, the surface charge of clay minerals provides excellent water retention properties. Soils rich in clay can hold water in its volume for much longer which reduces water consumption significantly. However, the advanced agricultural applications require these properties of clay to be enhanced. With the development of nanotechnology, clay has become a subject of nano-centered studies in the hopes of enhancing its attractive properties such as mechanical strength and chemical activity. Nanoclay has emerged from these studies as an outstanding material. Nanoclays are defined as layered silicates with bi-dimensional platelets of nanoscale thickness and a length of several micrometers. Just as their micro-sized counterparts, nanoclays contain several different minerals in their structure at different amounts. However, nanoclays’ chemical activity, as well as the water retention capacity, is enhanced due to the high specific surface area. 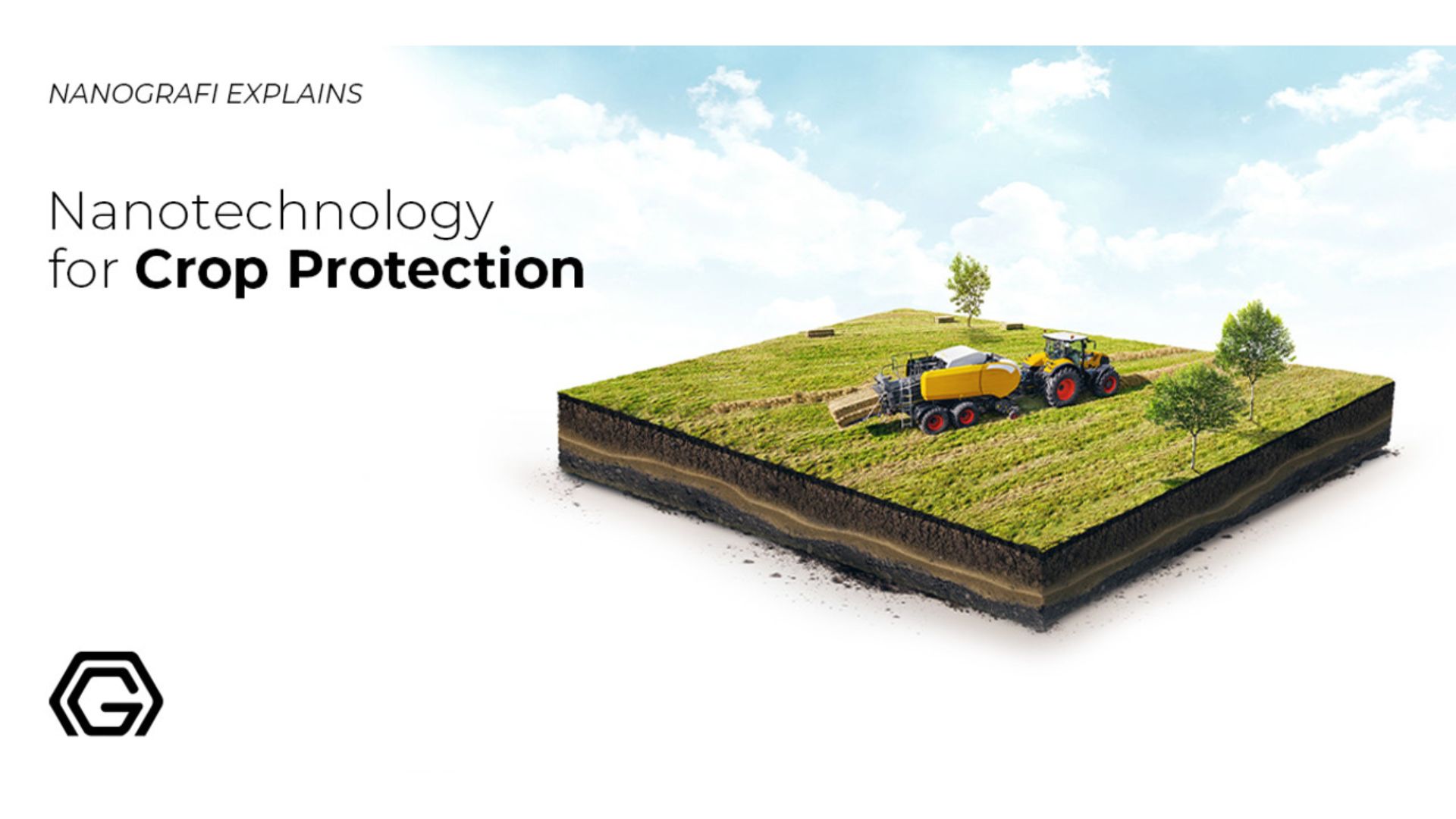 To get more information about the role of nanotechnology in agriculture,

A Norwegian scientist Kristin Olesen and his team have utilized nanoclay to invent an effective solution to the desertification problem. This novel solution is named Liquid Nanoclay (LNC). Clay had previously been researched andused up till 1987 as a solution for the desertification problem, however; dry mixing clay with sandy soil did not result in infeasible solutions since it requires a substantial amount of clay and enormous mechanical mixing work. Almost 90-100 kg of clay is required for every square meter by the conventional dry mixing methods. Liquid Nanoclay was designed as a way to overcome these problems and create quality soil out of sandy worthless soil. Kristin Olesen and his son Ole Morten Olesen, the owners of Desert Control and the inventors of Liquid Nanoclay, have conducted tests in Egypt to assess the effectiveness of this novel process and obtained significant positive results. The lands treated with Liquid Nanoclay demonstrated a 416% higher yield than untreated plots at the same amount of seeds and fertilizers. According to Desert Control, Liquid Nanoclay reduces water usage by 50-65% compared to current irrigation methods. Furthermore, Liquid Nanoclay acts as a catalyst for Mycorrhizal fungi when nourishment is available, with the fungi responsible for the increased yield. The lands treated with liquid nanoclay are also less susceptible to soil loss due to wind effects. The novel preparation method of liquid nanoclay is the star player of all these positive outcomes.

How to Make Liquid Nanoclay?

Liquid Nanoclay is prepared with a patented process that only includes water and clay as components. The clay component can be of any type of clay however the bentonite or kaolin is often preferred. Liquid Nanoclay is provided by treating a dispersion of clay and water in a mechanical homogenization device with a very high turbulence index. The clay particles are reduced down to single clay flakes creating a nanoclay dispersion.The clay flakes used in liquid Nanoclay production are recommended to have a surface diameter of about 25-2000 nm, and a thickness of about 1-10 nm.The production process is based on the negatively charged surface of nanoclay particles. The negative surface of Nanoclay particles is surrounded by the positively charged water molecules creating a stable dispersion. Furthermore, the stability of dispersion is increased by incorporating air into the dispersion in the form of tiny air bubbles. This way, air bubbles form weak interactions with the cationic clay particles. So the Nanoclay particles in the suspension are actually surrounded by a cloud of air ions.

The amount of water added to create a stable dispersion is adjusted based on the cation exchange capacity (CEC) of the clay particles, the application area, and the clay mass to be treated. However, the 1.5% suspended clay is recommended by the conducted experiments meaning that liquid nanoclay requires around 40 liters of water and 1kg of clay per square meter of land. The stable dispersion is prepared by creating consequent laminar and turbulent flow regimes with the change of direction which is preferably in the range 45-135 degrees. The addition of dispersant and plant nutrients at the following steps is preferable to obtain a much more stable and nutrient rich dispersion that supports plant growth. The resulting product is then available to be used in the standard irrigation system. Liquid nanoclay penetrates the sandy soil in about 7 hours creating a rich, nourishing environment for the plant growth as well as a water retaining network in the soil profile. The secret to liquid nanoclay’s success lies in the fact that the suspension of fine clay particles cover each sand particle and create a homogenous nutrient rich environment and vast water absorbing network due to capillary and static forces.

Desertification, one of the most serious problems in the world, has been a subject to studies for a really long time. California drought is one of the most substantial examples of this problem. The sandy soil is worthless for agricultural applications and needs cumbersome treatments to reach a valuable state. Clay has been the promising candidate for the treatment of sandy soils for quite a long time however; the dry mixing of clay and sand is an inefficient process requiring large amounts of clay per square meter. Consequently, the dry mixing process is expensive and requires a substantial amount of mechanical mixing work. Liquid Nanoclay has been developed as a solution to these problems and a hopeful process to transform poor-quality sandy soils into high-yield agricultural land. Liquid nanoclay is obtained by creating a dispersion of clay nanoflakes in aqueous media through a patented mixing process which includes creating subsequent laminar and turbulent flow conditions. The clay/water dispersion is formed due to the cationic nature of nanoclay particles. Water molecules behave as anionic particles and surround each flake. The changes in flow condition create tiny air bubbles around each clay flake which further stabilizes the dispersion. Liquid nanoclay is applied directly onto the dry sandy soil and penetrates deep into the soil coating each sand particle. In addition to the increased water retention and nutrient level in the soil, the treated land is also shielded from the loss of soil by wind effects. All in all, liquid nanoclay obtained by the turbulent homogenization method is a promising material for the aid and prevention of desertification.