Graphene is an allotrope of carbon that exists as a two-dimensional planar sheet.

One way to think of graphene is as a single atomic graphite layer. Graphene is technically a non-metal but is often referred to as a quasi-metal due to its properties being like that of a semi-conducting metal.

As such, it has many unique properties that you don’t find with other non-metallic materials. Graphene is an isolated single layer of carbon hexagons consisting of sp2 hybridized C-C bonding with π-electron clouds. From the engineering point of view, thin flakes consisting of few layers of carbon atoms, including mono-layer graphene, can be very important because of their interesting structural and physical characteristics and also promising potential applications in technological fields.

Graphene has gained enormous interest amongst scientists since its discovery due to its excellent properties. Graphene was first isolated in 2004 by two researchers, Andre Geim and Kostya Novoselov, at the University of Manchester. They won the Nobel Prize in 2010 in Physics for their revolutionary work. Graphene is a one-atom-thick layer of sp2-hybridized carbons atoms tightly arranged into a 2D honeycomb lattice as shown in Figure 1.

Carbon is one of the most abundant elements inside the human body. Moreover, it is also one of the most abundant elements by mass in the universe. So, all living materials have a chemical basis made up of carbon. So, graphene can be an ecologically friendly material for numerous applications. The band structure of graphene is unique. The valence and the conduction bands touch each other at six Dirac points exhibiting zero band gap semiconductor behavior. It has high fracture strength, excellent electrical and thermal conductivity, fast mobility of charge carriers (2 × 105 cm2/Vs, 200 times higher than silicon), large specific surface area (2600 m2.g-1) and biocompatibility. All these properties are not only exceptional but also superior to other materials.

Carbon has a unique feature of forming a chemically stable two-dimensional one atom thick sheet called as graphene. Graphene is about 300 times stronger than steel. It is the lightest material known so far. One square meter weighs about 0.77 mg. It has electron mobility more than 15,000 cm2 V-1 s-1. It has tensile stiffness to the tune of 150,000,000 psi. It is the best conductor of heat at room temperature. Graphene is reported to have an exceptionally high value of thermal conductivity of approximately 5300 Wm-1 K-1. It has low coefficient of thermal expansion and high optical transmittance. Graphene, due to its exceptional chemical and physical properties, has attracted attention in a wide range of application areas. Due to the remarkable electronic properties of graphene such as high charge transport mobility, it is a key material particularly in the manufacture of sensitive nanodevices, nanoelectronics, and nanosensors. Further, graphene is a promising building block for high performance electronics, sensors, and energy storage devices. Graphene nanostructures are integrated into a variety of electronic and optoelectronic applications, such as gas sensors, transistors, solar cells, and liquid crystal elements, due to its low electrical noise, and ballistic transport properties. Fig. 2 shows some of the main existing and potential application areas of graphene. 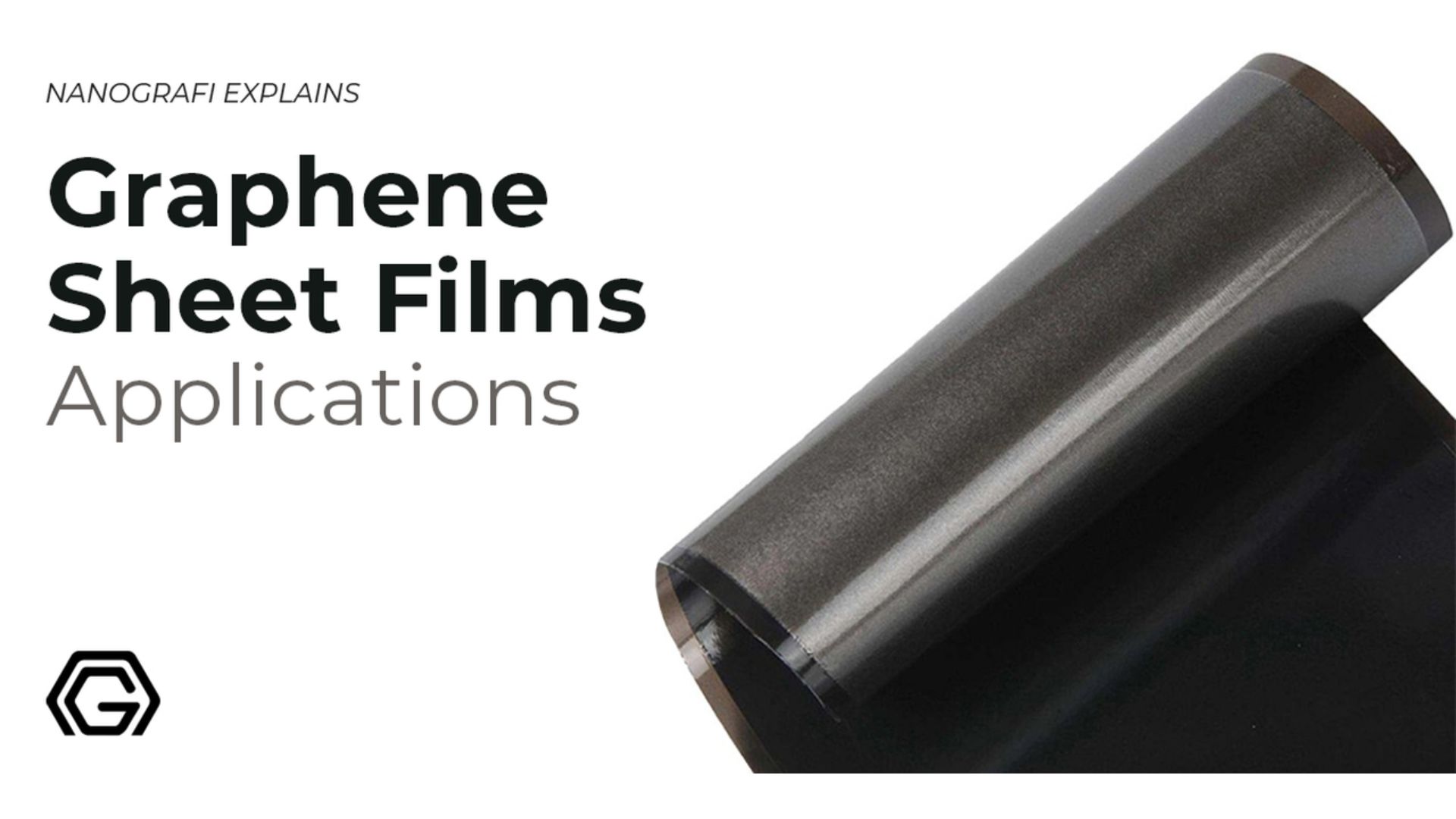 To get more information about the utilization of  graphene sheet,

Graphene enhanced Li-ion batteries show incredible characteristics such as longer lifespan, higher capacity, and faster charging time as well as flexibility and lightness, so that it could be used in wearable electronics.

Seebeck effect is defined as a thermoelectric effect occurring when heat is applied to one of the two dissimilar electric conductors (or semiconductors) to move the electrons from the hot part to the cooler part and produce electricity. However, the energy generated by this method is really small, usually quantified by microvolts. Still, it is believed that it can be used to benefit from the heat generated by the engines, which is practically wasted. Graphene can be used to increase the Seebeck effect created by Strontium Titanate, almost up to 5 times.

Heavy water used in nuclear power plants to cool the reactors is both costly to produce and causes a million tons of CO2 emissions during production. Researchers from University of Manchester have discovered that there is a greener and low-cost method to produce heavy water: graphene membranes.

It is known fact that even hydrogen atoms, known as the smallest atom, cannot pass through graphene. In a research, Sir Andre Geim and his team have tested if protons would be blocked by graphene or not. Suprisingly, protons could pass through graphene. This property would improve fuel cells performance by lowering the fuel crossover which is a major problem with fuel cells that decreases durability and efficiency.

Recently graphene has showed promise similar to carbon nanotubes in various biomedical applications such as drug delivery and cancer therapy. Graphene can provide a larger specific surface area than other commonly used carbon nanomaterials and forms strong pi bonds with the drug molecules which can therefore act as a good candidate for drug loading.

UV sensors are used for detecting dangerous levels of ultra-violet radiation which can lead to skin problems or even cancer. However, it is not the only use of UV sensors, they are used in the military, optical communication, and environmental monitoring as well. On its own, graphene may not present a high photoresponsivity but when it is combined with other materials, they create flexible, transparent, environmentally-friendly and low-cost UV sensors which will lead to technologies such as wearable electronics in the close future.

Indium tin oxide (ITO) is the commercial product used as transparent conductor of the smartphones, tablets, and computers. Researchers from the Rice University have developed a graphene-based thin film to be used in touchscreens. It is found that graphene-based thin film beats ITO and any other materials in terms of performance because it has lower resistance and higher transparency. Thus, graphene is the new candidate material for the replacement of ITO. 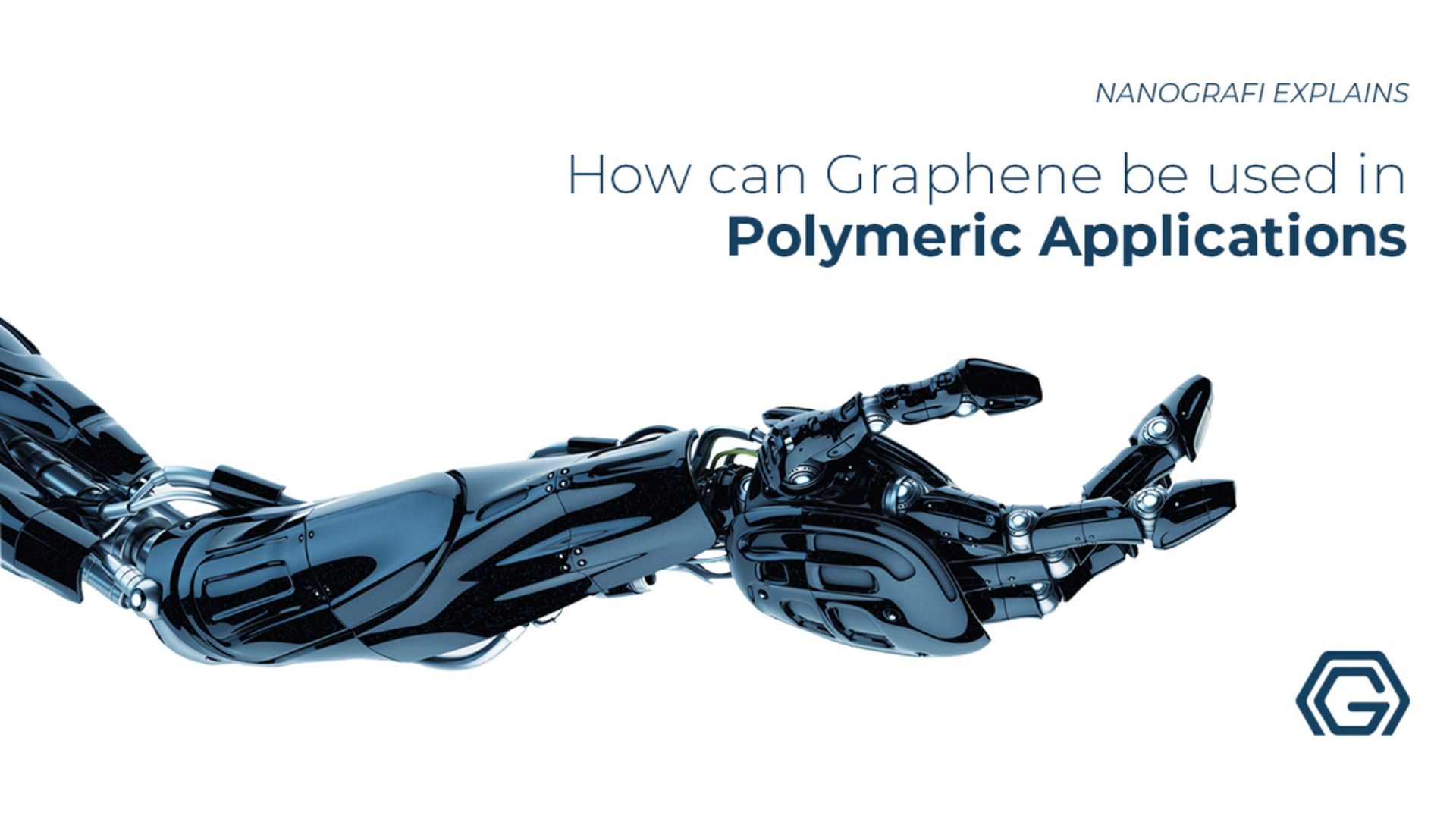 To get more information about the applications of graphene,

Usually, graphene is not considered magnetic, at least not in a controllable or useful way. In 2015, researchers from U.S. Naval Research Laboratory have found a way to turn graphene into a reliable and controllable electromagnetic material. If this innovation is used in hard drives, it is expected to have a capacity almost a million times greater than what we use today.

A research conducted by the collaboration of different universities has shown that integrating graphene with silicon can beat current silicon photonic technology because devices made by graphene are cheaper, simpler and work at high-scale wavelengths. Apparently, graphene will present a low-energy optical telecommunication and many other convenient optical systems.

Graphene can also be used as a coating material because it prevents the transfer of water and oxygen. Graphene sheets can be used in food or pharmaceutical packaging by keeping food and medicines fresh for longer time. It may seem a simple application, but it can dramatically reduce the amount of food waste people throw away every day.

Normally, water purification is not a simple process and feasibility of the process depends on how heavily the water is contaminated. An Australian scientist has found a low-cost technique to purify water at one step. Soybean-based graphene sheet, which is also called ‘GrapHair’, is used as a filter. This filter can make dirty water drinkable. it is more efficient, cheaper and environmentally friendly compared to other methods.

An ideal helmet would be strong, resistant to impact, durable, comfortable, and light. Graphene is incredibly strong, light, and flexible. It’s even used in bulletproof vests, so it can resist impacts. With these properties, graphene is commercially used in motorbike helmets.

Graphene can be used as a superconductor or insulator material when two sheets of graphene are arranged at a magic angle. Most of the metal parts of the cars, ships or planes suffer from rusting. When graphene is combined with paint, it can be a great insulation material for creating rust-free surfaces. Another application can be coating of bricks and stones. In this way, water-proof houses can be constructed.

The extraordinary strength and hardness of graphene, coupled with its flexibility, is perfect to start creating cars that are immune to shocks. Moreover, accident-proof vehicles could also be created. This would result in a direct decline in road mortality. Graphene cars, which we may see in the showrooms within a decade, are also expected to be cheaper and lighter.

A great advance that we could see is the development of graphene lenses that allows thermal and infrared vision. The graphene allows manufacturing such ultrathin devices with a built-in camera that gives the user an infrared and thermal vision. Something that until now we have only seen in science fiction movies.

Graphene, due to its exceptional chemical and physical properties, has attracted attention in a wide range of application areas. Due to the remarkable electronic properties of graphene such as high charge transport mobility, it is a key material particularly in the manufacture of sensitive nanodevices, nanoelectronics, and nanosensors. Further, graphene is a promising building block for high performance electronics, sensors, and energy storage devices.