Carbon black is basically the amorphous carbon with a high surface area to volume ratio categorized as is acetylene black, furnace black, channel black, lampblack and thermal black considering the synthesis and fabrication procedure. Carbon black could also be categorized and characterized based on the size distribution of the particles, chemicals immobilization on its surface, particles aggregation as well as agglomeration degree 1. From the point of its solid state, carbon black is a type of paracrystalline carbon that possesses practically fine particle size that falls into the range of a few tens of nanometers with the high specific surface area. Carbon black is mainly used in electric conductive agents, color pigment, inks and fillers for reinforcement 2.

Properties such as particle size distribution and aggregate size could perfectly be measured using transmission electron microscopy (TEM). In addition to this, dibutylphthalate absorption is widely applied to determine the morphology and structure of carbon black in comparison to those prepared using different methods. Aggregation of carbon black can be classified into four basic groups namely, branched, linear ellipsoidal and spheroidal. It should be noted that carbon black has a portion of these four types combined with the lower grade having more ellipsoidal and spheroidal aggregates, whereas the high-quality grade contains mostly branched aggregates. Surprisingly, the branched and linear aggregates could potentially be broken down to some extent within an intense mixing attempt. On the other hand, it is impossible to break down any aggregate into monodispersed an individual particles. It has been proven that aggregates indicate anisotropic morphology tending to act like a two-dimensional or planner material than what it is expected to be. Better insight in terms of carbon black formation and behavior could be achieved by better understanding of their characteristics 3.

The particle size of carbon blacks could be determined and measured so accurately using transmission electron microscopy along with iodine number and nitrogen surface area which in turn provide indications of relative particle size. Typically, the particle sizes range from 10 nm for furnace processing grains up 100 nm on average. In fact, the distribution of particle size turns out to play a key factor in the performance and properties of carbon blacks. As an instance to this, a wider particle size distribution could possess a lower surface area leading to a less viscous product with applications in coatings, plastics and poor hysteresis properties in rubbers 3.

The morphology of carbon black crystals is characterized using electron microscopy with an accuracy of less than 2 nanometers in diameter. Measuring porosity in carbon black, however, is carried out by gas absorption and density determination tests. The most common adsorption method is called BET which is based on using nitrogen gas to determine the pore size of the crystals 3.

Regarding the surface roughness and energetic surface structure of commercial and experimental carbon black particles, the surface activity of carbon blacks with different aggregate structures and particle sizes is precisely investigated. Particularly, the energetic surface structure is determined by a function called site energy distribution basically evaluated by the gas absorption isotherms of ethene. The fraction of the surface of carbon black crystals mainly depends on the particle size, grade and process through which the crystals are prepared. In the case of furnace carbon black, the fraction of the sites with higher energy drops considerably with particle size and fades away during graphitization process. This is an indication of carbon black reinforcing potential being closely related to the rate of highly energetic sites to be quantified by gas absorption techniques 4.

Preparation and Fabrication of Carbon Blacks

The acetylene black process involves the use of acetylene gas to serve as the feedstock with the consecutive generation of excess heat during the formation process leading to a less active surface. The resulting carbon black in this process is basically employed in conductive systems and applications. The furnace black process deals with producing carbon black using a cylindrical refractory lined vessel at high temperatures in which petroleum, coal tar and ethylene tar as feedstock are heated. The synthesis process has to be done through controlling important factors like temperature air-to-oil-ratio and oil spray position to allow the partial combustion of the oil inside the cylinder as well as manipulating the basic properties of the carbon black. In the thermal black process the feedstock materials are natural gas and oil yielding products with large particles as big as 300 nanometers on average. The Channel black process mainly utilizes natural gas as the feedstock resulting particles with highly oxidized surface limited applications today. 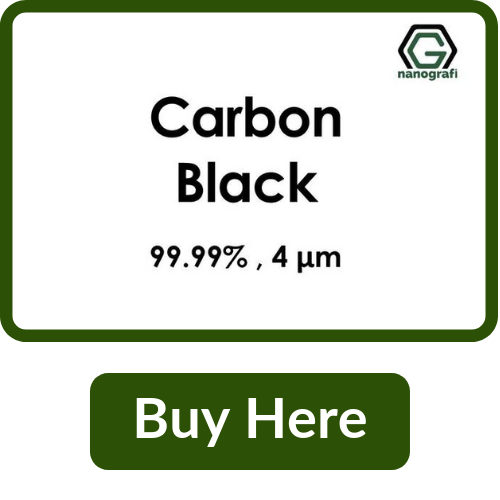 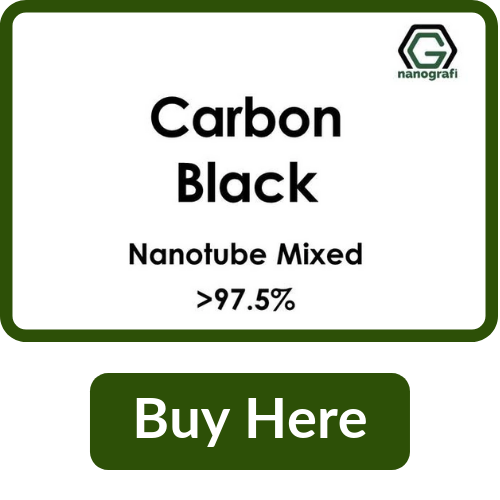 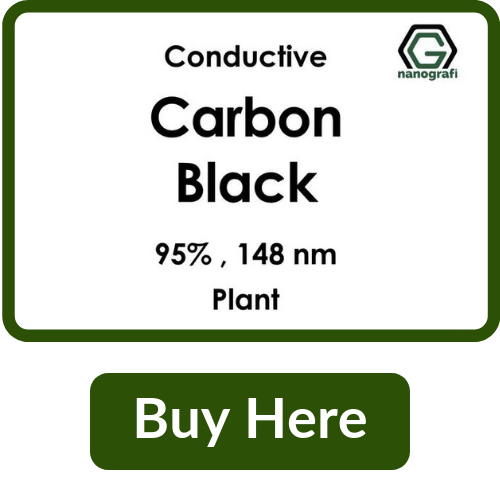 Technically, the formation of carbon black occurs within four consecutive phases. First, the feedstock is atomized and vaporized. Later, the primary particles experience nucleation and initial surface growth. Next, the primary particles collide in order to form aggregates along with progressive surface growth. Finally, the particles are carbonized and dehydrogenized with the possible secondary oxidation reaction to result in a porous structure 3.

Considering the properties and characteristics of carbon black, there are a lot of applications in which carbon black is employed extensively. Carbon black is mainly used in rubber production industries and non-rubber applications including coatings, inks, plastics, etc. It could be claimed that nearly 90% of carbon black application is in rubber production with two main classes namely tires and mechanical rubbers such as hoses at automotive belts. Carbon blacks reinforcing properties improves the performance and lifespan of the rubber material. Its application in rubber is typically divided into and N100 to N900 series blacks where N denotes the nitrogen surface area. The impact of carbon black properties on the performance of rubber is as follows. The smaller the particle size, the higher the tensile strength and abrasion resistance as well as the reduced rebound and dispersibility. As the porosity picks up, the tear strength and conductivity increase with the consecutive decrease in rebound. As the surface activity increases the abrasion resistance increases along with an increase in the rebound and modulus.

Almost 7% of carbon black is in non-rubber applications among which the widest applications are in plastics, coatings and inks. The other applications are in manufacturing batteries, toners and sealants. Carbon black in these applications is employed due to properties like gloss, tint, blackness, ultraviolet light, protection and conductivity. Similar to rubber, the impact of physical properties of carbon blacks on non-rubber are as follows: As the particle size increases, the blackness, viscosity and ultraviolet protection ability, conductive and tinting strength increase. However, this results in a decreased dispersibility of carbon blacks. The higher porosity results in an increase in viscosity and vehicle demand. This allows reduced loadings in applications where conductivity is crucial. The increase in surface activity improves micro-dispersion and stability and reduces viscosity of liquid systems.

Carbon black is the product of an incomplete combustion of feedstock materials like heavy petroleum, coal tar and ethylene cracking. It is known as a form of paracrystalline carbon with a high surface area to volume ratio. Studies show that properties of carbon blacks directly depend on their porosity, surface activity and size which in turn determine the area of application like in rubber and non-rubber materials.