Multi-walled nanotubes of carbon have excellent and remarkable characteristics and are being commercially used in a huge amount of applications. Generally, they are available in a range of purities and lengths. Carbon nanotubes have some potential applications that are: additives in polymers, electron field emitters for cathode-ray lighting elements, catalysts, transistors, gas-discharge tubes in telecom networks, batteries, solar cells, Absorption and shielding of electromagnetic-wave, flat panel display, conversion of energy and storage, storage of hydrogen, sensors, nanotube composites, anodes of lithium-battery, supercapacitor, and reinforcements in composites. They are also used in the medical field. Their applications are discussed in detail in this article.

Carbon is very important for living beings to live and prosper, it's in everything from fuel to food. Carbon nanotube (CNT) is carbon's one of the most latest discovered forms that's useful. It is a structure of molecular-scale, containing atoms of carbon joined by covalent bonds, arranged in one or more cylindrical layers, bonded in a pattern of hexagonal tiling, thus forming a tube that's hollow and of a diameter of few 100 nanometers. CNTs are known as carbon's allotropes, intermediate in between Graphite and cages of fullerene. There are two types of carbon nanotubes. Two or more single-wall CNTs are joined to make a multi-wall carbon nanotube, they are joined mostly by weak intermolecular forces, or maybe it's a single sheet of graphene rolled up multiple times around a cylindrical hollow.

Both the preparation of both single-walled and multi-walled carbon nanotubes are done using the same general techniques tuned towards one or the other tube type. Over the past 20 years, a wide range of methods of synthesizing them have been developed, and now it is a very known process at a commercial level. Catalytic chemical vapor deposition (CVD) is the most widespread and feasible method of synthesis today; although, laser ablation and arc discharge should also be discussed and mentioned. Some other methods are Industrial Production.

Their molecular weight is 12.01. Its true Density is 1.7-2.1g/cm3, and the average size of the particle is 0.5-20 μm (L). MWCNTs are used in a wide variety of commercial applications because of their excellent properties.

Physically, MWNT's are defect-free, have remarkable tensile strength, even more than steel, and when they are assimilated into a composite, for instance, a thermoset or thermoplastic compounds, they can considerably enhance their strength. The sp bonds in between the single carbon atoms give them this remarkable strength. After applying force, their original shape will be returned after the removal of the force. The strength of the tube's weakest segment determines the nanotube's tensile strength. Electrically, when they are integrated into a structure of composite, they are highly conductive. Also, as the outer wall is highly conductive, the same conductivity is not shown by the inner walls. Chemically, MWCNTs have very high chemical stability. Thermally, they have more than 600 °C thermal stability, which is very high.

MWCNTs (Multi-walled carbon nanotubes) are very strong; they have good capacities of conducting both thermal and electrical energy, and therefore find a wide number of applications in different ways. MWCNTs are used for cathode ray lighting elements in electron field specifically because MWCNTs are possibly the greatest known electron field-emitter, highly because of their increased length-to-diameter ratios. They are also used in wafer processing fabrication in RFI shielding materials. MWNTs has a high range of present and evolving applications; some of them includes:

Composites of Improved Structure: In woven or non-woven fabrics or resin infused bucky-paper form, the MWNTs, when saturated with thermoset resins, have displayed significant improvement in the composite structures' strength and stiffness, for instance, aerospace, golf club shafts, and structural laminates applications.

Electrically Conductive Polymers: Multi-walled carbon nanotubes are appropriate for these usages, specifically due to their high aspect ratio and high conductivity. The level of conductivity that's needed can be obtained with much-reduced loadings as compared to conventional solutions, for instance, carbon black or metal particulates. The applications contain plastic components and antistatic elastomeric components for components of the automobile fuel line, electrostatic discharge protection in wafer processing fabrication, and plastics that are rendered conductive for permitting electrostatic spray painting of body parts of the automobile, shielding materials of RFI, and more.

Some other applications for development include improved fiber of carbon, thermal interface, spray-coat-able heater elements, and other heat conduction materials.

In the field of medicine, a biosensor is created from which yeast infections can be quickly diagnosed than the current method. The device's electric current is changed by the interaction of yeast and the antibodies. The antibodies are designed to attack the yeast cells of Candida, and they are put in contact with a sample of cells and joined with a transistor containing CNTs. Targeting tumor is another possible medical application of CNTs. CNTs were injected into mice's kidneys, and a near-infrared laser is directed at the tumors. CNTs responded by vibrating and killed the cells of the tumor with the help of produced heat.

Re-chargeable batteries of lithium-ion are used by most portable electronic devices. A charge is released by these batteries when the movement of lithium ions starts between 2 electrodes, metal oxide being one of them, and the other is Graphite. The capacity of storage can be doubled if the Graphite is replaced with MWCNTs. Carbon nanotube-based electrodes can be ten times lighter and thinner than electrodes of amorphous carbon and with one thousand times more great conductivity. In some scenarios, for instance, electric vehicles, weight reduction can cause a great reduction in the requirements of batteries' power. In supercapacitors, MWCNTs are used, making a 30kw/kg power density (as related to 4kw/kg for devices that are commercially available). Time for charging devices like cell phones and laptops can be reduced drastically by such supercapacitors. 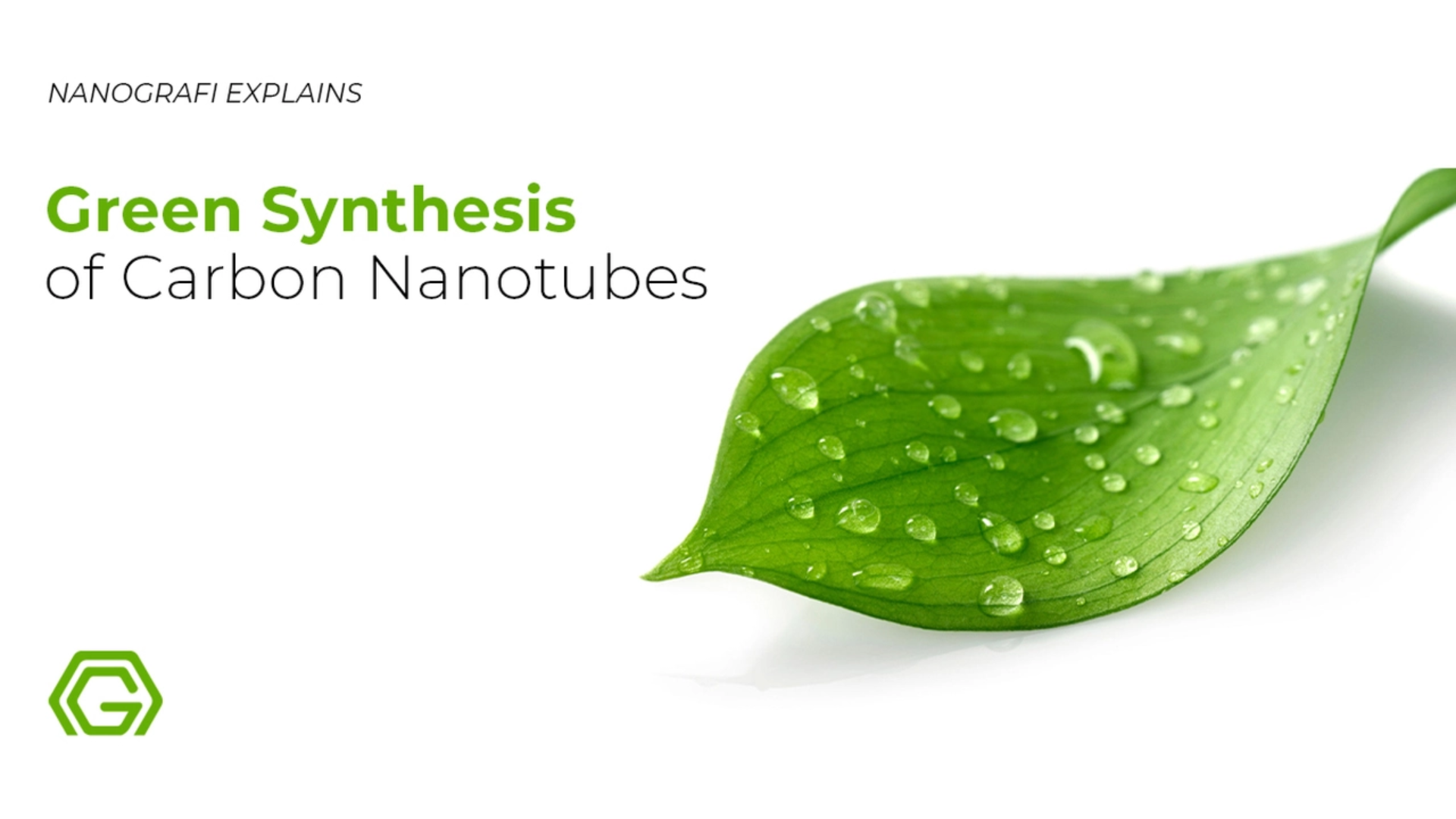 To get more information of carbon nanotubes,

Hundred micrometer high towers that are made of the growth of Multi-walled carbon nanotubes on wafers of iron-coated silicon are contained by solar cells. In each square cm of its surface, 40,000 of these towers are there. Every tower comprises of millions of MWCNTs that are aligned vertically. As the light reflects off the tower's sides, more light is absorbed by solar cells. When the sun is 90 C, solar cells typically have peak efficiency, whereas two peaks are displayed by these cells at 45 and, during most of the day, functions with relatively increased efficiency. The fact that the need to have mechanical means of orienting the cells to face sun can be eliminated by these cells makes them specifically suitable for applications in space.

Modem integrated circuit functions as digital switches and the basis of those circuits are formed by the transistors. Carbon-nanotubes alternative configurations permit the MWCNTs to function as transistors. Cryogenic such as temperatures are originally required by switches that are based on nanotube switches, individual electron's size had been anticipated.

One very important application of MWCNT is in the nano-electronic domain because of the highly-conductive capability of MWNTs. Carbon fibers that are most conductive are Multi-walled nanotube ropes. Silicon is semi-conductive, and maybe it can be a result of carbon nanotube alternative configurations. The chirality degree determines nanotubes, for instance, the size of actual nanotube's diameter and the degree of twist that leads to an extremely non-conductive or conductive nanotube (rendering it appropriate as the basis for semiconductors).

As a source of electron emission, MWCNTs are used to fabricate prototype matrix-addressable diode flat panel displays. On the glass plate of the cathode, Nanotube-epoxy is striped, and on anode plate, phosphor-coated Indium-Tin - Oxide (ITO) is striped. At the intersection of anode and cathode stripes, Pixels are formed. A scheme of half voltage off-pixel is used by the device to start operating. Among cathode and anode stripes, pulses of +-150V are switched, in order to create an image. Samsung has fabricated Field emission display, with phosphor-coated ITO stripes on the anode and on the cathode, MWCNT stripes running together with the anode. The MWCNTS that the arc-discharge method synthesizes were first dispersed in isopropyl alcohol and then later mixed with nitrocellulose' organic mixture.

For the production and storage of energy, MWCNTs are under usage. For decades, Carbonaceous materials, electrodes of carbon fibers, and Graphite have been used in battery, fuel cells, and various electrochemical applications. Due to a good specific surface, the topology of smooth surface, and small dimensions, nanotubes are special as the basal graphite planes are the only planes that are exposed in their structure. At the electrodes of carbon, electron transfer rate ultimately defines the fuel cells' efficiency, and this depends on numerous factors, for instance, morphology and structure of the carbon material that's used in the electrodes. Catalytically grown carbon nanofibers have properties that are required by electrochemical capacitors of high power.

Thus, MWCNTs are used in a wide variety of commercial applications because of their excellent properties. MWCNTs (Multi-walled carbon nanotubes) are very strong; they have good capacities of conducting both thermal and electrical energy, and therefore find a wide number of applications in different ways. MWNTs have a high range of present and evolving applications, some of them including, Composites of Improved Structure, Electrically Conductive Polymers, Battery Cathodes, and Membranes for Water filtration. The key application areas of MWCNTs are Solar cells, Batteries, Nano-electronics, Transistors, Energy storage, and Flat Panel Display.