In the following blog post, borophene is taken under consideration for energy storage. In order for it to be proved as efficient energy utiliser, its structure is studied under deep concentration.

First, the experimentation and the theoretical analysis are given and discussed under various parameters. After those the mechanical and chemical properties are shared which come directly from its structure.

Borophene is completely different from other 2D materials because the distinction between borophene crystal and boron vacancy defect is blurry, due to the ultralow defect formation energy. With graphene's boom, a huge amount of increase in attention is dramatically gained by the 2D (two-dimensional) materials, like antimonene, arsenene, transition metal dichalcogenides, phosphorene, germanene, silicene, BN, and graphene, in the past decade. There has been synthesis or theoretical prediction of various 2-dimensional materials. Vast application prospect is shown by the 2-dimensional materials in energy utilization, storage, and electronic devices because of the remarkable chemical and physical characteristics (like its stiffness, linear band structure near the Fermi level, and high thermal and electrical conductance). Recently there has been a synthesis of borophene, a single layer of the boron atom, under ultra high-vacuum on a silver substrate. There has been a synthesis of all of graphene's four phases in the experiments and all of them are metallic.

A summary of the unique properties of borophene, such as the negative Poisson's ratio, and highly anisotropic Young's modulus is discussed. The conductive and superconductive properties of boron are also highlighted. At the very end, a review of applications of borophene in the energy fields, such as metal ion batteries, hydrogen storage, sensor, and catalytic in hydrogen evolution reaction is discussed in great detail. Due to the light mass of boron, ultrahigh Li/Na/K/Mg/Ca/Al and hydrogen storage capacities can be achieved.

There have been reports of various theoretical and experimental studies of borophene's surface reactivity, atomic adsorption, optical properties, superconducting properties, lattice thermal conductivity, electronic structure, and mechanical characteristics, until now. Some remarkable chemical and physical characteristics are shown by borophene. For example, borophene's 2-Pmmn phase has a buckled structure with the adjacent row of the atoms of boron corrugating along the zigzag direction. The atomic structure is un-corrugated along the other in-plane direction (armchair direction). The ratio of Poisson along both of the in-plane directions is negative. There have been observations of the highly anisotropic mechanical characteristics.

Vast application prospect is shown by the borophene in the metal ion batteries as an anode material because of the high capacity, and excellent ionic and electronic conductivity. Moreover, according to the reports, borophene can be a catalyst in oxygen evolution, oxygen reduction, hydrogen evolution, and CO2 electro-reduction reactions with high catalytic performance. There have been studies on the adsorption of the hydrogen molecule on the metal-decorated borophene. According to the results, it is because of the metal atom decoration and boron element's light mass that it has an impressive hydrogen storage capacity.

Borophene is difficult to be made because of the large energy difference between the bulk boron and borophene. 555 meV/atom is the energy difference between the bulk α-rhombohedral boron and the 2-Pmmn phase of borophene. There has been a synthesis of borophene's four phases (graphene-like phases, c3, b12, and 2-Pmmn) on Al (111) or Ag substrates under ultrahigh-vacuum conditions. Theoretical calculations have reported various 2-dimensional boron allotropes. According to the results, borophene's stability is closely related to the chemical modification, substrate mediation effect, and hexagon boron vacancy concentration x.

There have been findings of s significant amount of the boron allotropes whose formation energies are in the ground-state line's few meV/atom. This 2-dimensional boron's polymorphism is different from the other 2-dimensional materials, like black phosphorus (phosphorene), boron nitride (h- BN), Ge (germanene), Si (silicene), and 2D carbon (graphene). A distinct honeycomb structure is exhibited by germanene, silicene, h-BN, and graphene. A major role is played by the metal substrate mediation other than the boron vacancy concentration, in the stabilization of the borophenes. According to Yakobson et al., borophene's ground state structure on a substrate and in the freestanding state is not invariable. Borophene's b12 phase (x=1/6) is most stable on the Ag (111) surface. At x=1/8 and 1/12, the second and third stable structures make an appearance. Borophenes on the surface of Ag (111) stay polymorphic.

Similar to the superconducting transition temperature Tc, V-shaped dependence on boron vacancy concentration was also found for electron-phonon coupling (EPC) parameter l, total energy, and electronic density of states NF at the Fermi level. All four curves' infection points are located at x=1/9. A beneficial approach is provided by this work for analyzing the 2-dimensional material's superconducting characteristics and stability. There have been observations of a positive correlation between the state's density at the Fermi level and the superconducting characteristics in transition metal intercalated bilayer borophene and borophene. 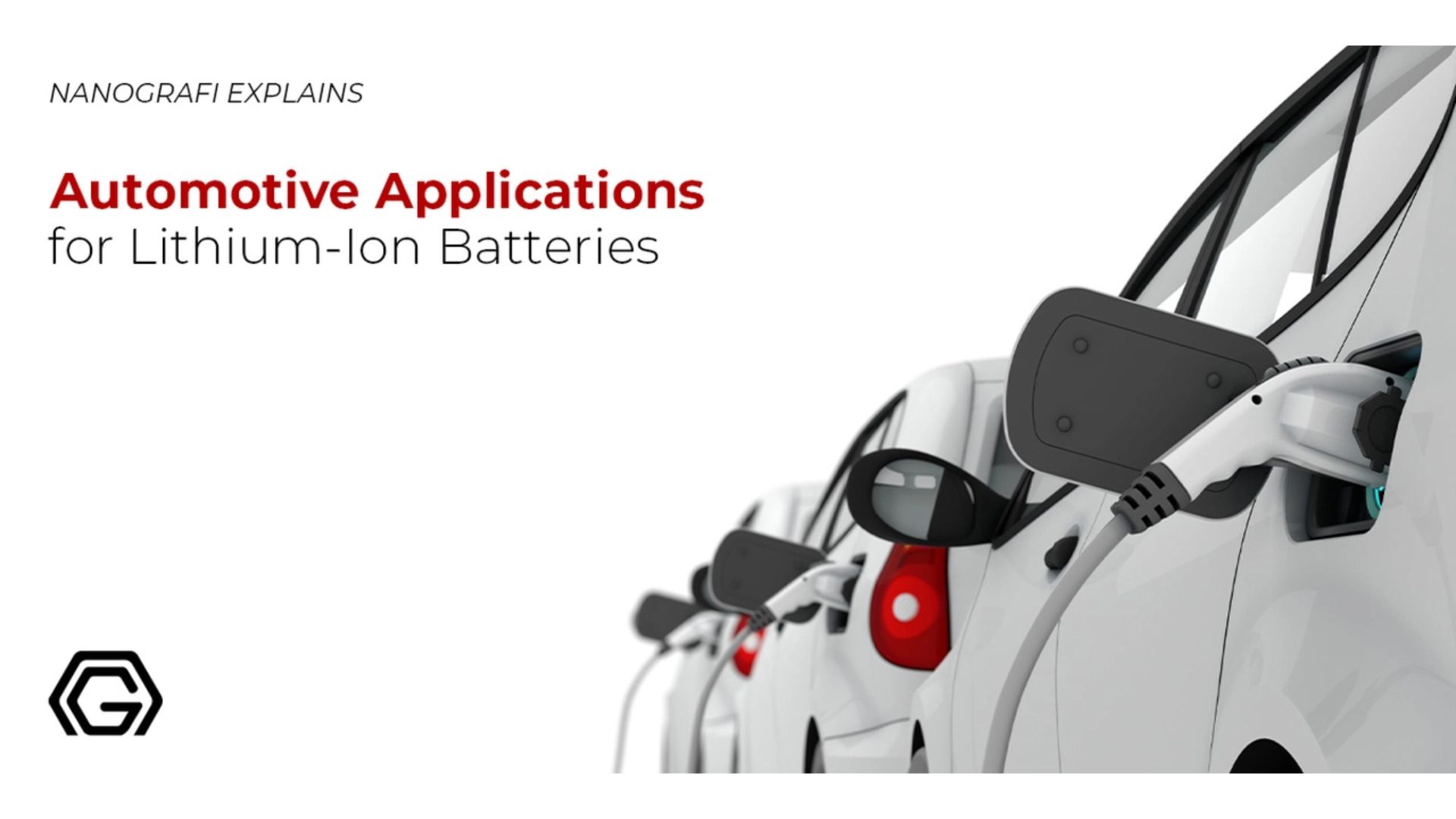 To get more information about application areas of litihum-ion batteries,

A significant amount of interest is focused on borophene's mechanical characteristics. There have been reports of borophene's ultrahigh mechanical modulus because of its unique atomic structure and strong B-B bonds. 5.7461 N/m is Young's modulus of borophene's Pmmm phase along the armchair direction, and it is way more as compared to the Young modulus of graphene which is 338.08 N/m.

Negative Poisson's ratio and extremely anisotropic mechanical characteristics are shown by the 2-Pmmn phase of borophene. 398 N/m is Young's modulus along the armchair direction of a 2-Pmmn phase of borophene, which is larger as compared to that of the graphene, whereas along the zigzag direction, 170 N/m is Young's modulus which is way smaller. The in-plane Poisson's ratios (-0.02 along the zigzag direction and -0.04 along the armchair direction) are negative because of the corrugated structure.

High-frequency phonon modes contribute to thermal transport whereas low-frequency acoustic modes dominate the thermal transport for phosphorene, silicene, and graphene. Li et al. proposed a dimensionality cross-over of the phonon transmission of the hydrogenated 2-Pmmn phase of borophene which displays 2-dimensional behavior at low frequency but shows 1-dimensional behavior at high frequency. High-frequency phonons transmission is close to 0 nm-1. Borophene’s hydrogenated 2-Pmmn phase is s good choice for the soft thermal channel because of its high thermal conductivity and remarkable mechanical characteristics. A good approach is provided by the unique dimensionality crossover in phonon transmission for studying the impact of phonon population, which is significant in the low-dimensional systems for thermal transport.

Application of Borophene as Energy Materials

A broad application prospect is shown by the borophene in the gas sensor. There have been reports that one can utilize borophene as a sensor for detecting hydrogen cyanide, formaldehyde, and ethanol. Electronic characteristics of edge-hydrogenated 2D borophene are investigated by using the density functional theory (DFT) method and the non-equilibrium Green's function (NEGF) method. There is a sharp increase in the current that passes through the borophene device, and it is found on ethanol molecules' adsorption.

In the formaldehyde molecule's presence, B35 borophene's electrical conductivity considerably increases, thus forming an electrical signal. Hydrogen cyanide's electronic properties absorbed B36 borophene adducts as they are extremely dependent on the molecular adsorption configuration. B36 borophene is also sensitive to HCN gas concentration. According to this finding, one can use borophene as a sensor for detecting any kind of toxic gas. There are also reports that one can utilize the all-boron fullerene as the NO and CO sensor. 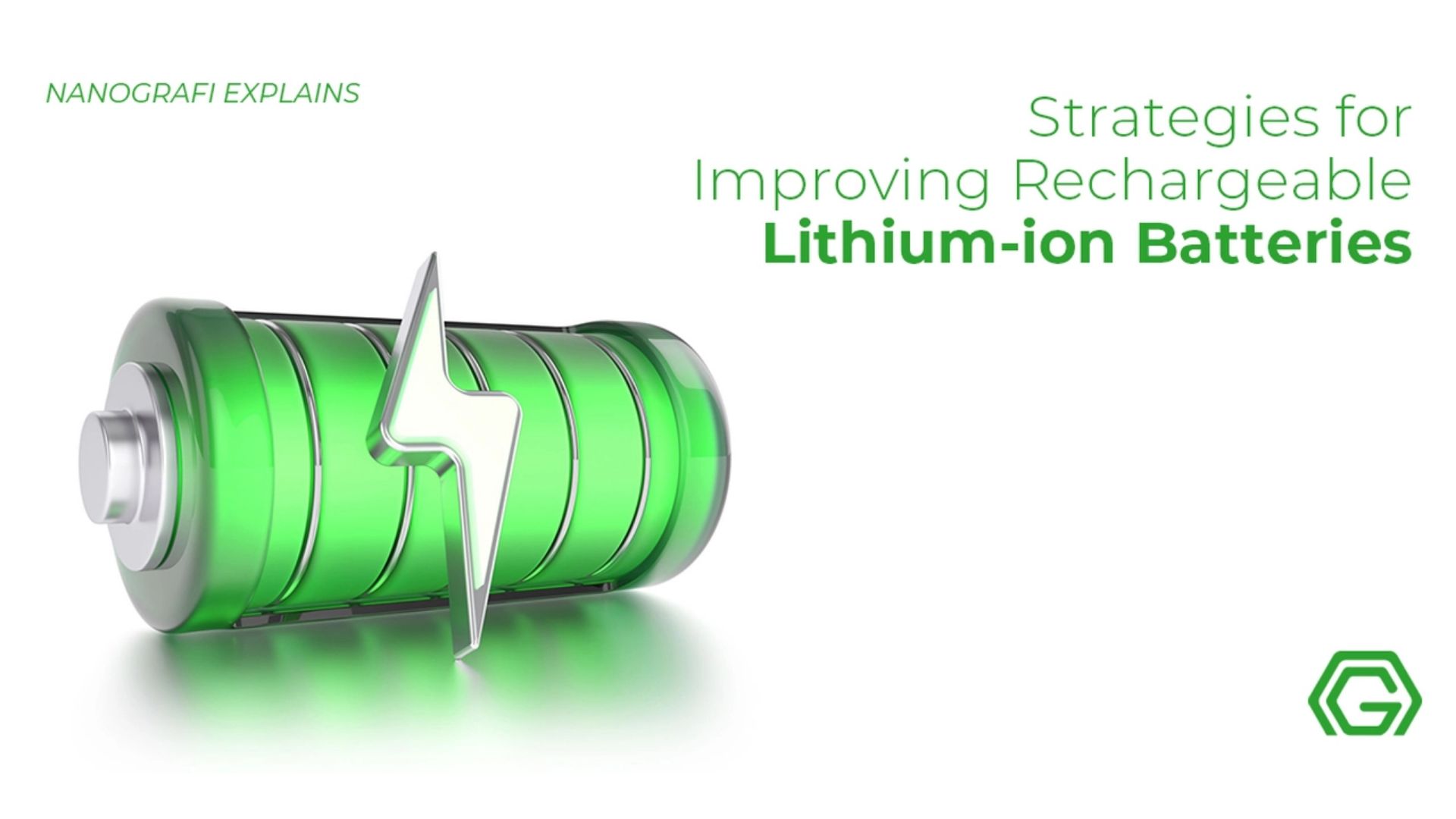 To get more information about lithium-ion batteries,

The lightest catalyst for the hydrogen evolution reaction (HER) is borophene. According to Wang et al., a high-performance catalyst for HER, borophene, with almost zero free energy of hydrogen adsorption, metallic conductivity, and various active sites in the basal plane. It is an extremely strong interaction between the borophene and H atom for borophene’s 2-Pmmn phase because of the high surface activity. Although, 5-coordinated boron atoms are the active site for borophene’s c3 phase. 0.02 eV is the free energy of hydrogen adsorption DGH which is very close to zero as compared to -0.09 on the Pt. Also, the metallic band structure of borophene’s c3 phase and various active sites in the basal plane is good for attaining excellent HER catalytic performance. Furthermore, 4-coordinated boron atoms are the best active site for borophene’s b12 phase and 0.1 eV is the corresponding DGH.

There have also been findings of small free energy of hydrogen adsorption DGH in borophene’s b1 phase and a-sheet. A silver substrate doesn't destroy borophene’s high catalytic activity. Sun et al. drew a similar conclusion which showed broad application prospects in the hydrogen evolution reaction. There have also been experimental demonstrations of molybdenum boride's high catalytic activity. Interestingly, graphene-like borophene subunits are contained by the MoB2’s crystal structure. They measured the MoB2, b-MoB, α-MoB, and Mo2B’s electrocatalytic activity in a 0.5 M H2SO4 solution at 1 mV-1 of scan rate. Carbon sheet has an extremely poor electrocatalytic activity. Better performances are exhibited by Mo and amorphous boron as compared to the carbon sheet.

Active reaction sites for ORR and OER can be produced by the increase of the density of states near the Fermi level that is induced by the coupling of the d orbit of TM atoms and the surrounding B atoms. The promising ORR electrocatalysts among the TM-BH systems are Rh-BH and Fe-BH with 0.47 V and 0.43 V of overpotentials, whereas only 0.24 V is the overpotential of the Rh-Bh system for the OER, which is smaller as compared to that of the RuO2 which is 0.37 V. Good performance is showed by borophene as a CO2 capture material. 6.73´1014 cm-2 is the carbon dioxide capture capacity for the negatively charged b12 borophene.

There have been observations of the reversible carbon dioxide release/capture processes on the borophene’s negatively charged b12 phase. One can control the processes of charge and discharge by switching the charges on and off that are carried by borophene’s b12 phase. Constructive energy is proposed by Sun et al. for making a new catalyst for the electro-reduction of CO2. High catalytic activity for CO2 electro-reduction is possessed by the borophene-supported Cu chains according to the results by giving secondary adsorption sites, therefore resulting in the small overpotentials in the preferable reaction pathway that is, CO2 → COOH* →CO* → CHO* → CH2O* → CH3O* → CH3OH.

In the light of the above-presented pieces of evidence, it can be predicted that both the chemical and physical properties exerted by borophene make it impeccable energy storage. Thus, it can be one of the biggest resources that can help us move forward in advancement.