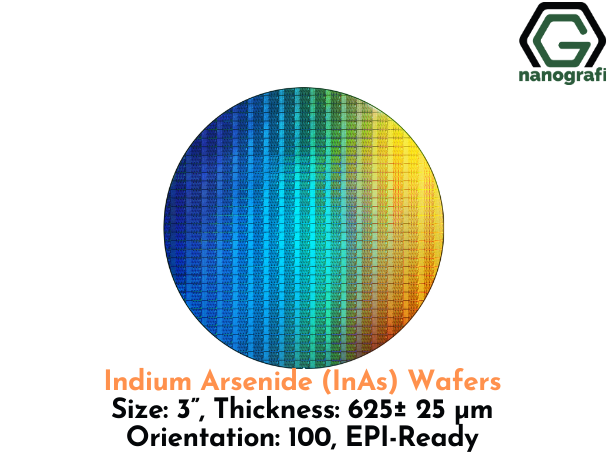 They can be supplied in n type, p type or semi insulating forms with different orientations.

Indium arsenide, InAs, is a semiconductor composed of indium and arsenic.

It has the appearance of grey cubic crystals with a melting point of 942 °C.

Indium arsenide is used for construction of infrared detectors, for the wavelength range of 1–3.8 µm.

The detectors are usually photovoltaic photodiodes.

Cryogenically cooled detectors have lower noise, but InAs detectors can be used in higher-power applications at room temperature as well.

Indium arsenide is also used for making of diode lasers.