Microbial nanowires are referred to as filaments with electricity conduction properties capable of transmitting electrons in a long-range extracellular fashion.

Electron transmitting is processed along Shewanella oneidensis nanowires through electron tunneling and hopping between cytochromes residing on the filaments. Nanowires such as Geobacter sulfurreducens are basically made of pili conductive metal-like structures owing to their overlapping π-π orbitals of aromatic amino acids. Geobacter species nanowires engage in direct interspecies electron transfer (DIET) which is regarded as an important property of the tendency toward energy concentration to convert organic waste into methane.

The network of nanowires gives conductivity to Geobacter biofilms by converting organic compound to electricity in microbial fuel cells as well as increasing the degeneration of nanowires as the genetic manipulation generates strains with improved current-producing properties. It is believed that bioenergy strategies based on extracellular electron exchange including microbial synthesis could be improved by introducing nanowires. There are similarities between synthetic conductive polymers and microbial nanowires that give rise to additional energy-related application 1.

An Overview of Microbial Electrochemical Systems

Technologies that include microbial electrochemistry as well, have the capability to generate energy and provide the service for sustainable wastewater treatment. Even though there are significant achievements in the power output of microbial fuel cells (MFCs), energy generation based on microbial culture is still far from practical applications. Electrical energy generation and harvesting of valuable products based on electroactive bacteria in bioelectrical systems have been demonstrated to be an innovative method to address the challenges with energy and the environment. Accordingly, it is highly desirable for sustainable systems to promote power generation and resource recovery. In so doing, a deeper understanding of contractions on electrode and microbe interface could help improve the efficiency of bioelectrochemical systems for energy generation applications in addition to validation of techniques based on bioelectrochemistry as a prerequisite to electromicrobiology 2.

Over the last decade, the process of direct electron transfer from anaerobically grown microorganisms to an electrode of a fuel cell has been discovered as the subject of a broad range of studies. Generally, microorganisms that are responsible for transmitting electrons are called electrogenetic and the devices that are employed to generate electrical current are known as microbial fuel cells. It should be taken into consideration that the discovery of bacterial conducting pili or nanowires have an electron transferring ability between bacterial cells as a sensational and worthy field to invest enough time and research in order to obtain highly efficient conditions. In an actual microbial system with complex substrates such as industrial liquid waste, there are active microbial associations known as biofilms. However, it is for over 100 years that the theoretical possibility of the electric current generation from bacteria has been the subject of scientific community discussions. The microbial fuel cells, which are capable of generating electricity by employing bacteria, have been investigated for half a century. On the other hand, the detection of electrogenic bacteria for direct extracellular electron transfer during their metabolism has called a lot of attention just recently. Achievements in microbial fuel cell designs and the feasibility to promote electrogenetic microorganisms using their full genome sequences and the use of postgenomic technologies could lead to industrial processes to generate electricity based on microorganisms in the immediate future3. 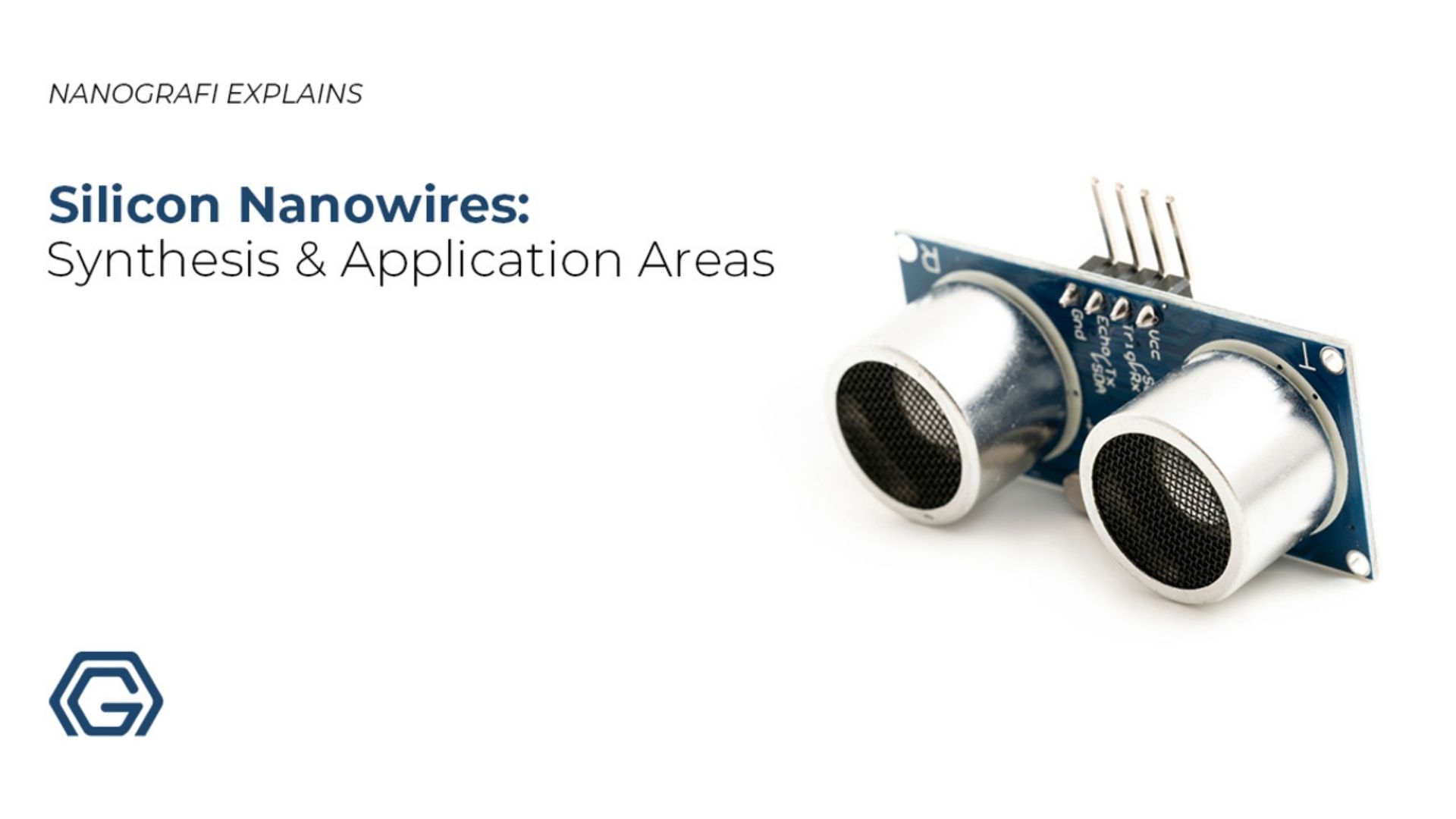 To find out more, you can read Silicon nanowires: synthesis & application areas.

The electron transfer mechanism along S. oneidensis nanowires is electron hopping between cytochromes adorning a filament which is still unspecified composition. The preliminary evidence of electron hopping mechanics has led to the discovery of a strain with no gene in its outer surface cytochrome OmcA and MtrC responsible for producing non-conductive filaments. The theoretical model, on the other hand, proves that the multi-step located along signed chains of cytochrome could contribute to the conductivity of S. oneidensis pili based on the assumption that cytochromes are aligned along electron delocalization because of the overlapping π-π orbitals of aromatic amino acid. Furthermore, G. sulfurreducens pili are known as the first biological protein filaments that possess the electricity conduction property having in mind that conductivity is a well-defined phenomenon in synthetic organic conducting polymers. From the point of structure, G. sulfurreducens nanowires are composed of a protein called PilA with homology to the PilA of other bacteria with gram-negative nature to generate type IV pili from the assembly of the PilA monomer. The g-sulfurreducens PilA sequence is distinguished from the other microorganisms outside the genus Geobacter referring to their carboxyl terminus. In this case, the pili of Pseudomonas aeruginosa has a longer carboxyl PilA sequence with low conductivity 1.

The proven strategy in extracting energy from organic waste in the form of methane is referred to as anaerobic digestion. Microorganisms closely pertain to the known fuel bacterial species that are present in some anaerobic digesters where they are supposed to be serving syntrophs. In G. metallireducens misanthropic growth capacity requires pili for long-range extra electron transfer. Genetic approaches to transcriptomic adaptive evolution have been shown to support the electron exchange by pili when electrically conductive aggregates in the course of syntrophic growth by G. metallireducens and G. sulfurreducens.

Microbial fuels are considered as capable alternatives anaerobic digestion to harvest energy from organic wastes. They have already found applications such as powering electronic monitoring devices, bioremediation and sensors. Nevertheless, the current density of microbial fuel cells is ignorable technology to be competitive with anaerobic digestion at the moment. Promoting nanowire production is now the only demonstrated acceptable strategy for creating microbial strains with adequate capacity for elevated current densities. G. sulfurreducens strains that possess more pili generate enough electricity as well as conductivity along with biofilms that are capable of generating high current densities. Biofilm conductivity makes it possible for cells as far as 400 millimeters apart from the anode surface metabolically and contributes to the current production process.

Currently, there are very few studies concentrated on microbial nanowires that have demonstrated the possibility of long-range electricity using proteinaceous microbial filaments and the formation of extracellular electron transfer in several anaerobic bioenergy processes. Polymers with synthetic conductive nature that rely π-π stacking in electron conduction are being employed increasingly in applications to generate energy including solar cells, light-emitting displays electronic circuits. Microbial nanowires are now a concept to simulate the possibility of producing sustainable inexpensive food stocks.

To discover the latest articles in microbial nanowires, you can visit Blografi.