Nanotechnology involves the study, imaging, measuring, modeling, or manipulation of matter at scales falling in the range of 1–100 nanometers (nm).

It is a highly multidisciplinary field, drawing from fields such as chemistry, materials science, colloidal science, applied physics, engineering, and biology.

In a relatively short span of about 30 years of research, nanotechnology is already having an impact on society and several industrial sectors, and such impact will increasingly be felt as its products increase in number and become more commercialized. Nanotechnology-based substances are now found in a wide range of household products and products intended for professional use, including sports gear, cosmetics, sunscreen lotions, food and food packaging material, clothing, household appliances, electronic devices, disinfectants, paints, furniture varnishes, building materials, and medicines. Nanotechnology is predicted to touch nearly every industry and every part of our lives and become the basis for remarkably powerful and inexpensive computers, fundamentally new diagnostic and therapeutic technologies that could enhance human health and longevity, advanced sensors for military applications and environmental protection, and new zero-pollution transportation technology.

Large-scale, commercial implementation of nanofabrication techniques provide exciting opportunities for the unprecedented development of information technologies and advanced micro and nano electronic devices such as developing super-high-density microprocessors and memory chips. Advances in nanofabrication techniques are expected to lead to technological breakthroughs including storing each data bit in a single atom that might even be able to represent a sequence of 8 bits processed as a single unit of information (known as a byte). It is believed that future developments in novel nanofabrication-based technologies will lead to advanced technology applications in areas such as nano-medicine with a focus on individualized health care, advanced functional materials with tunable properties, sensors, surfaces with controlled properties and optics.

Nanofabrication methods can be categorized into two groups: the top-down and bottom-up approaches. The top-down approach revolves around fabrication via etching away bulk material to achieve the required smaller structural architectures and this is generally achieved by lithographic processes.

Various methods of lithography are used in the top–down approach, including serial and parallel techniques for patterning two-dimensional nanoscale features. In conventional lithography, required material is usually protected by a mask and the exposed material is etched away. Chemical etching using acids or mechanical etching using ultraviolet light, X-rays, or electron beams is performed that determines the feature resolutions of the final product. Other top–down approaches include methods such as scanning probe lithography, nanoimprint lithography and block co-polymer lithography, etc.

The microelectronics industry frequently uses optical lithography for patterning nanoscale features. Optical lithography techniques were first introduced in the 1960's to fabricate integrated circuits. Conventional optical or photolithographic approaches use light that is collimated through a quartz plate supporting a chromium coating to create patterns on a surface. The quartz plate which serves as a mask is placed in contact or close proximity to the resist-coated wafer. The photoresist is an organic, light-sensitive material that can be coated on semiconductor wafers. There are two possible transformations that a photoresist polymer can undergo upon exposure to light. If a positive photoresist material is illuminated, the exposed regions will present a higher solubility in the developing solutions. The photoresist that was exposed can then be removed from the solution. A negative photoresist material becomes cross-linked when exposed to light—and will be characterized by a high solubility in the developing solution. After the interaction with the developing solution, the areas that were not exposed to light will be etched away. The remaining photoresist patterns will therefore protect the substrate from being removed and/or from the deposition of additional materials. The photoresist can be removed after the desired process is completed leaving behind the pattern design on the substrate. 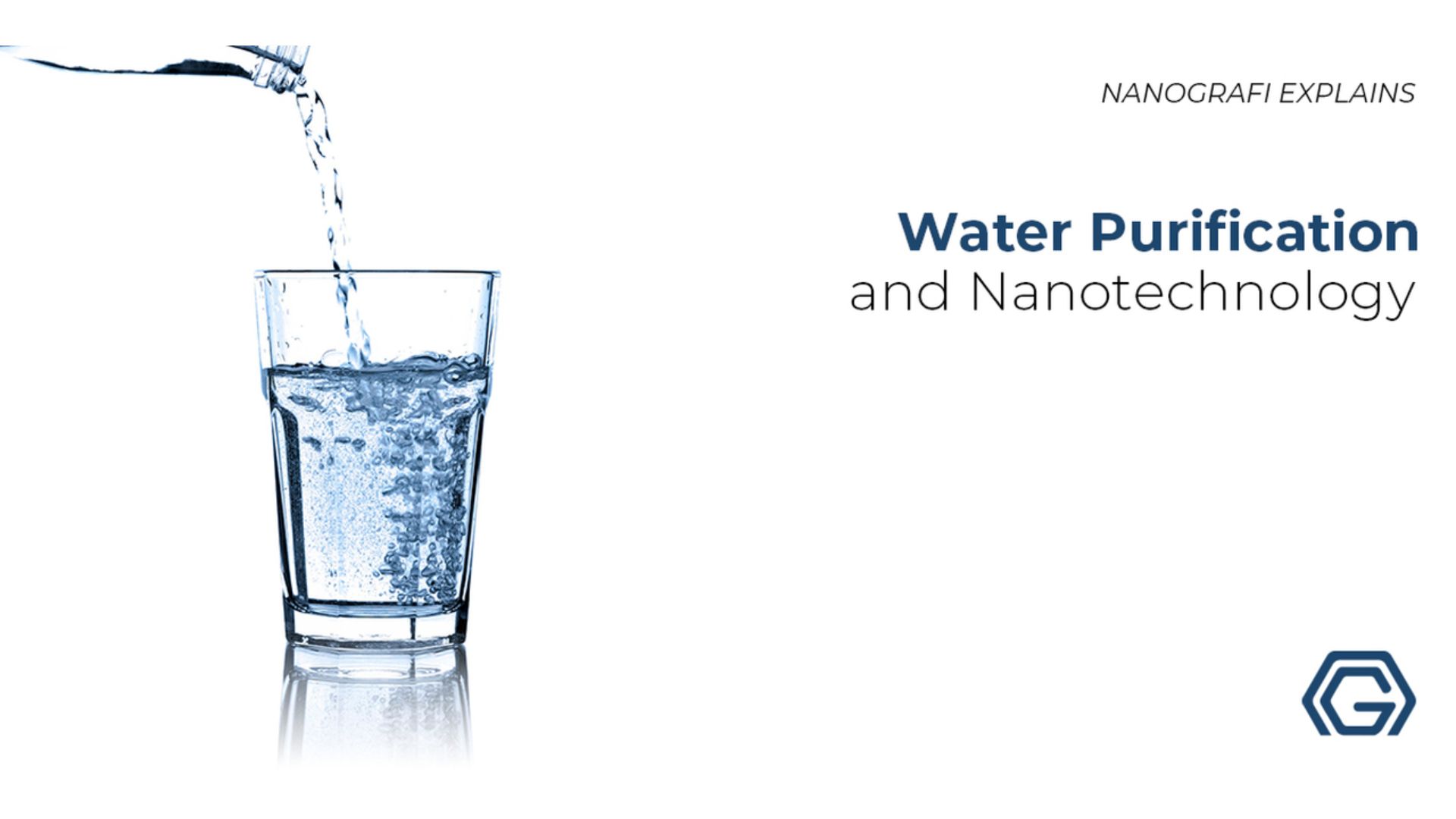 If you are interested in the utilization of nanotechnology in water purification,

Soft lithography has been developed as an alternative for photolithography. The soft lithography method is used to transfer a thin, molecular pattern onto a surface. The main advantage of soft lithography is that it does not require expensive clean room processing steps once the reusable mold is developed; this method also makes it possible to transfer wet layers more readily than would be possible using other techniques. This approach usually employs the use of a microscale replica that can be generated by the controlled molding of a specific polymer, such as poly(dimethyl siloxane) (PDMS). Microstamping, stencil patterning, and microfluidic patterning are the three main soft lithography processes. In microstamping, the molecules (e.g., peptides, proteins, polysaccharides) are positioned onto the stamp surface and subsequently transferred to another surface, thereby producing a self-assembled monolayer (SAM) [41]. The microcontact or micro stamp printing is advantageous because it allows the single step formation of large-scale patterns. Another advantage is the flexibility of these stamps. They can be used in a desired shape to fit any surface topography.

Nanoimprint lithography is an important top–down lithographic method for advanced nanostructure fabrication. This nanofabrication method is capable of high-throughput patterning of nanostructures with high resolution. Nanoimprint lithography is usually based on the mechanical embossing principle. The method can be employed to generate patterns with superior resolutions than conventional lithographic techniques that are limited by either beam scattering or light diffraction. Uniform mechanical deformation of the materials that are used

as resists generates the replica of the initial pattern. Hence, the approach allows to overcome limitations related to resolution caused by the diffraction or scattering of the beam. The resist material usually consists of either a heat or UV exposure curable monomer or a polymeric material. The adhesion of the resist with the template can be controlled by choosing the desired properties of the resist. Imprint lithography involves a 3D patterning process in which vertically arranged topographic layers are used to construct the molds. A broad range of materials with various properties can be used. Nanoimprint lithography has been used for the fabrication of nanoscale optical devices and components. Plasmonic component fabrication for advanced optical devices has been achieved by nanoimprint lithography. Plasmonic nanomaterials with different surface plasmon modes (i.e., propagating or localized) are promising candidates for nanophotonic components. Nanoimprint in combination with photolithography has been employed to fabricate long-range plasmonic waveguides for ultracompact nanophotonic components. The combination of nanoimprint and photolithography processes includes the pressing of a silicon stamp made by electron beam lithography into the nanoimprint lithography resist spun on a silicon substrate. This leads to the fabrication of plasmonic strip waveguides using a standard UV-lithography process, gold deposition, and lift-off.

Block copolymer lithography involves a combination of bottom–up self-assembly and top–down lithographic processes. The self-assembly of block copolymers is represented by two polymeric chains linked together. The self-assembly of thin films of block copolymers can result in domains with high periodicity (10 nm within a template or highly elaborate patterns. Topographically or chemically patterned templates are used to control the orientation and placement of block-copolymer domains. Recent research has shown that, by accurately controlling properties such as the functionality or the molecular weight of the block copolymers, pattern generation can be achieved via molecular engineering. According to J. Poelma and C. Hawker, using a combination of molecular interactions and topology, advanced surface chemistry processes, and structural control, it may be possible to fabricate and to design defect-free structures formed of sub-10-nm morphologies with various dimensions and geometries.

In scanning probe lithography (SPL), several techniques including scanning tunneling microscopy (STM), atomic force microscope (AFM), or near-field scanning optical microscopy (NSOM) may be employed to pattern nanometer-scale features. Scanning probe lithography allows manipulation at the molecular level and in parallel for the mapping of surface topography with atomic resolution. SPL techniques such as AFM, STM, and NSOM are commercially available tools for nanofabrication. They are capable of nanoscale registration. The process of SPL involves deposition of molecules onto various surfaces in a certain arrangement and their imaging usually by a serial patterning method. However, it is a low throughput process. Further

development of these tools could pave the way for patterning large areas in manufacturing. One established SPL approach is dip-pen nanolithography (DPN), which involves depositing nanoparticles or molecules, selectively, onto a surface. Figure X shows a variety of nano-structural patterning using SPL techniques. 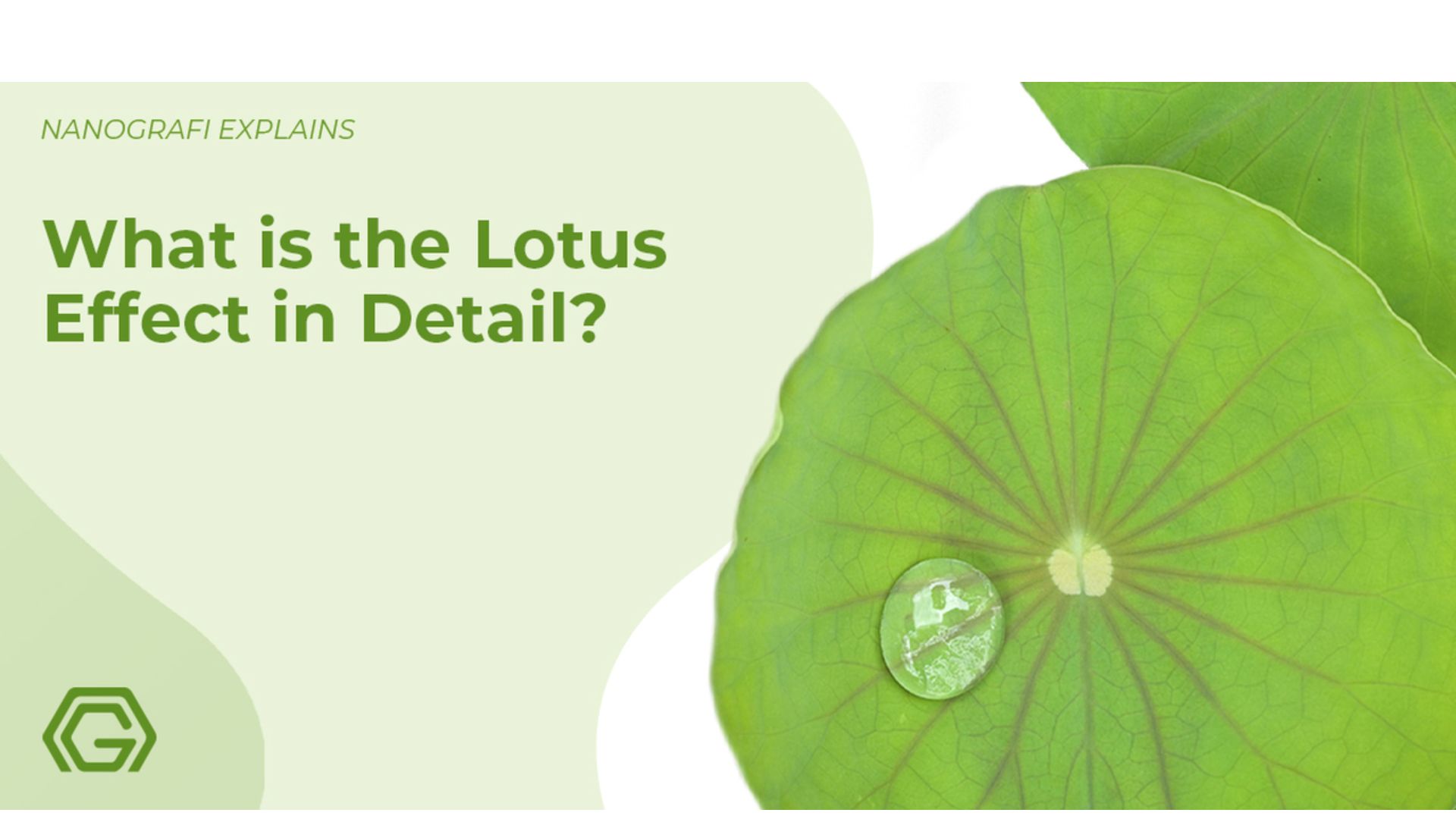 If you are interested in the lotus effect in nanotechnology,

The last decade has seen amazing advances in nanofabrication techniques (both top–down and bottom–up) that have revolutionized developments of advanced nanomaterials with unprecedented functional properties. Extension of existing nanofabrication techniques will facilitate rapid development of microelectronic circuits with nanometer scale features. Future research needs to be directed towards the development of novel techniques and materials required for the generation of structures with dimensions below ~10 nm. Outside the field of microelectronics, new nanofabrication techniques that take advantage of the combination of top–down and bottom– up approaches must be developed for new products and technologies applied in different research areas ranging from biology and medicine to materials science and electronics. Top–down methods that have been covered in this review include lithography-based techniques. While optical lithography remains a popular technique in the microelectronics/ nanoelectronics arena, and the feature size below 50 nm is achievable using the current infrastructure, the technique remains very expensive. Future research on nanomaterials fabrication will depend on the less-expensive processes in order to produce low-cost nanomaterials and devices. In this regard, one viable approach for optical lithography processes could be less-dependencies on the state of the art very expensive clean room operations. Electron beam lithography is a powerful tool to generate much smaller structures (~10 nm) with the possibility of highly reproducible nanostructures with desired shapes.