Silicon dioxide (SiO2) is a compound of Silicon and Oxygen, commonly called silica and the elements are linked by the covalent bond. It is one of the components of the sand and can be found naturally in Quartz. It is usually white or colorless and is not soluble in water or ethanol. By associating with minerals, it forms the silicate family. Silicon dioxide (SiO2) has several industrial applications such as an additive in the food industry. Its function is to act as an anti-binder, anti-foaming agent, viscosity controller, desiccant, beverage clarifier and as an excipient of medications and vitamins. Due to its insolubility in water, silica has little biological availability and is not considered a source of silicon. Silicon found in other more soluble forms contributes to the formation and maintenance of bones and cartilage.

In this article, we will review the properties and applications of SiO2 Nanoparticles in multiple sectors:

Let’s start with its properties:

Silicon dioxide is a solid and colorless crystalline substance. Silicon dioxide does not react with water and is resistant to acids. The molecular formula of the substance is SiO2. Silicon oxide, a member of the group of acidic glass-forming oxides, interacts with increasing temperature with alkalis and basic oxides, soluble in hydrofluoric acid, tends to form a supersonic fusion, that is, glass is an excellent dielectric. The main properties are stated below: 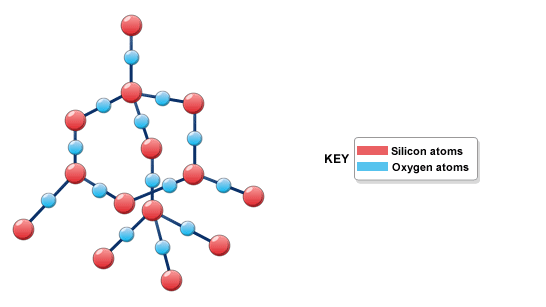 Silica (SiO2) nano powder is used to make flat glass, glass products, molten sand, cement, fiberglass, ceramic enamel, sandblasting for antioxidants, filter sand, flux, refractory and light concrete. Silicon dioxide (SiO2) Nanoparticles is widely used in many industrial products. Rare crystals in nature can be used to create important parts of the electronics, optical instruments and crafts industry. Silicon dioxide (SiO2)nano powder is an important raw material for the manufacture of optical fibers. Generally, pure quartz can be used to make quartz glass. The coefficient of expansion of quartz glass is very small. It is equivalent to 1/18 of ordinary glass. It can withstand temperature change and acid resistance is good. Therefore, quartz glass is often used to make chemical instruments resistant to high temperatures. Quartz sand is often used as a glass material and as a building material.

The main applications and uses of Silicon dioxide (SiO2)Nanoparticles are stated below:

1. SiO2 Nanoparticles as Adhesive and Sealer

Silica (SiO2)nano powder is the preferred material in the adhesive and sealant field. Adding it to the sealant can quickly form a net structure, inhibit colloidal liquid, increases speed, improves the effect of bonding, and because the particles are small, the sealing of the adhesive increases.

Numerous processes can benefit from the technical advantages and improvements that can be made with the proper selection of dioxides that have been specially developed for the special adhesives and sealants industry. Silicon dioxide (SiO2)nano powder not only improves the mechanical and rheological properties but also acts as a counter to the solution of agents that improve the storage and processing stability of adhesives and sealants.

Silicon dioxide (SiO2) Nanoparticles has a three-dimensional network structure and a large specific surface area. They show great activity and can form a mesh structure when the paint dries, it increases the strength and finish of the coating and improves the suspended pigment of the paint which do not fade for a long time.

Silica (SiO2)nano powder has played an important role in functional textiles, at present, it has been used to prevent ultraviolet and works as an anti-aging and anti-bacterial deodorant. For example, the appropriate proportion of Silicon dioxide (SiO2)Nanoparticles is an important additive in resistance to ultraviolet radiation fiber.

Silica (SiO2)nano powder is used as a carrier in the preparation of fungicides, in which the antibacterial ion can be adsorbed and achieve the objective of sterilization. The application is used for the manufacture of items such as the refrigerator case, the computer keyboard. etc.

Silicon dioxide (SiO2)Nanoparticles can replace carbon black as a reinforcing agent. It is anti-aging and changes color in rubber, it can produce colorful adhesive on the side of the tire.

Silica (SiO2)Nanoparticles may be used in cellular functions. Silicon dioxide (SiO2)nano powder has good biocompatibility and, therefore, are widely used as biological carriers. It has been found that Silicon dioxide (SiO2)nano powder interfere with the passage of Wnt signaling, which affects biological processes such as adipocyte differentiation, cancer cell migration and the development of zebrafish embryos. Silica (SiO2)Nanoparticles can cause Wnt signaling molecules to access the lysosome and degradation, and other molecules of Wnt signaling is not affected.

Silica (SiO2)nano powder has an absolute necessity in the pharmaceutical industry. Silicon dioxide has become one of the most important and frequently used pharmaceutical excipients. The improvement of the flow properties of the materials necessary for the modern manufacture of tablets and capsules is nothing more than an example of the advantages obtained by the use of Silicon dioxide (SiO2)nano powder.

10. SiO2 Nanoparticles in Paints and inks

Silicon dioxide (SiO2)nano powder is mainly used in paints and coatings to control rheological characteristics, as a thixotropic agent, as opposed to the agent solution and to aid in the prevention of oxidation and Corrosion, this product should be added in concentrations of 0.5% - 2%.

It is a glass former. It is incorporated into the glaze as ground quartz. It is part of feldspars, clays, as a soluble source in the form of sodium silicate, it is found in all frits as well as in ashes especially rice or reeds. It has little influence on colors, except chrome and nickel reds. Increases opacity in glazes is rich in zinc and borax.

In the food industry, food packaging bags that add Silicon dioxide (SiO2)nano powder keeps fruits and vegetables fresh. It is also used as anticoagulant, antifoam, thickener, auxiliary filter and clarifier in the food industry. The hygienic standard for the use of food additives stipulates that it can be used in egg powder, powdered sugar, powdered milk, cocoa powder, cocoa butter, vegetable powder, instant coffee, powder of soup, etc. The maximum amount of use is 15 g/kg.

Products that dissolve in water sometimes show a delay in getting wet or create lumps when removed. A further advantage of the adhesion of a food-grade hydrophilic Silica is that it improves wettability and even helps to prevent lumps from forming.

This is because silicon dust is enveloping, thus acting as a holder of space between the individual and the dust particles. In the water spaces, silicon dioxide provides good retention of colored powders and high transparency once it is raised in the water.

Moreover, Silica is added in powdered foods and other supplements so that other ingredients bind together; For example, food manufacturers add silicon dioxide to salt and various species to keep substances dry, as an anti-caking agent, and to make processed foods tastier.

It also prevents the accumulation of some toxins in the body, such as aluminum and other heavy metals, which can prevent some problems that arise, as well as diseases when there is an acidic environment in many organs; the brain is one of them, which needs a good natural dosage to work properly over the years. Obviously, silicon dioxide is important to keep the musculoskeletal system healthy, especially during periods of training, where an extra agent is required to mineralize muscle collagen and bone system.

When the nails are brittle, a silicon dioxide supplement may be enough to recover them and keep them healthy. Taking silicon dioxide as a support agent for joint maintenance can be relatively useful. An investigation showed that by supplementing the diet with SiO2 ­as compared to other protective agents of the joints, this compound shows its power by keeping the entire system stronger in the face of hard training, in addition to helping to have a much more pronounced mental approach. 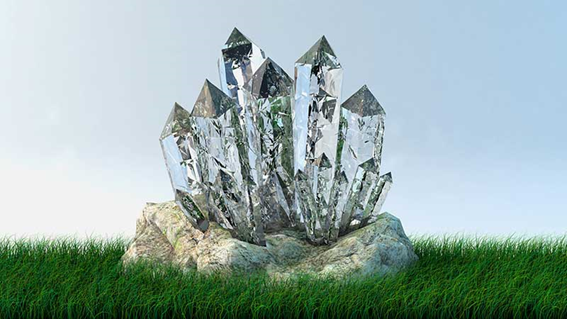 In summary, Silicon dioxide (SiO2) Nanoparticles is a compound of silicon and oxygen, commonly called silica. It is one of the components of the sand. In nature, it occurs naturally as quartz. This spatially composed compound in a three-dimensional (crystallized) network forms quartz and all its varieties. If it is in an amorphous state it constitutes the opal and usually includes a high percentage of water. Silica (SiO2) nano powder has countless applications in a variety of sectors. It is used for the manufacturing of glass, quartz glass, soluble glass, optical fiber, important components of the electronics industry, optical instruments, crafts, and refractory materials. Moreover, it can act as reinforcing agent, adhesive, sealer and much more. It can be found naturally in Quartz. In fact, you will find its applications everywhere!