Nanotechnology has found practically extensive range of applications in almost all areas of science, technology and industry due to the surprising behavior, excellent performance and novel properties matter adopts when it falls into nano scale. Medicine has greatly taken advantages of nanotechnology not only in instrumentation but in drug synthesis with so many nanodrugs as well as applications in drug delivery and diagnostics. The findings based on nanoparticles and nanotechnology and the truly promising outcomes have led to an area in science called nanomedicine which specifically focuses on the application of nanotechnology and nanoparticles to promote the efficacy of medication, diagnostics and medicine at whole.

Click Image to Check A Similar Article on Blografi 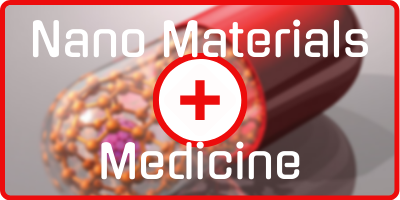 Drug delivery systems based on nano technology are originally nanoparticles with one or more therapeutic agents that can bind to polymer matrices, encapsulated vesicles covalently or get dispersed or adsorbed in/on them. There has been substantial progress in the past 2 decades in the field of nanodrugs synthesis with products that are used in imaging, therapeutics and diagnostics. Basically, nanodrug systems focus on improved bioavailability of targeted delivery to particular tissues, prolonged half-life of injectable drugs (which is mainly done through reducing the immunogenicity) and orally administered medications. Totally, nanodrugs perform at lower quantities of administration with surprisingly improved and maximized pharmacological impacts as well as truly minimized health risks and side effects. The nanodrugs delivery systems comprise emulsions, solid lipid nanoparticles, micelles, dendrimers, nanocrystals liposomes and polymeric nanoparticles.

So far, over 30 different nano-based drugs and treatments have officially been approved as patents by the U.S. Food and Drug Administration (FDA) and similar regulatory agencies across the world. The following sections mainly introduce and discuss the major patents in nanomedicine including Oxaliplatin, Octreotide-Modified Nanomedicine for Cancer Treatment, Nanoparticle Comprising Rapamycin and Albumin, Nanoparticles Comprising a Cholesteryl Ester Transfer Protein Inhibitor and a Nonionizable Polymer, Nanoparticles of Paclitaxel and Albumin in Combination with Bevacizumab against Cancer, Adenosine Deaminase anticancer therapy, Calcipotriol Monohydrate Nanocrystals

Click Image to Learn About Applications of Graphene in Medicine 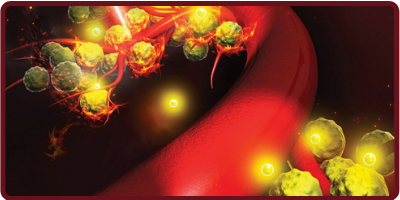 Oxaliplatin- embedded nanoparticles are synthesized through lipid mixture and surfactant emulsifying in aqueous solutions. A particular co-solvent and Oxaliplatin are mixed in the solution. Oxaliplatin is a chemotherapy drug used in cholesterol cancer treatment 1. Octreotide-modified nanomedicine is a nanodrugs as small as 1 nm used in cancer therapy. This drugs mainly provides palliative care and cancer prevention like medullary thyroid carcinoma (MTC). Higher concentrations of octreotide-modified nanomedicine is effective for cytotoxicity against MTC cells. The preparation involves liposomes that are modified with octreotide which means the concentration of octreotide has to be kept low 2. 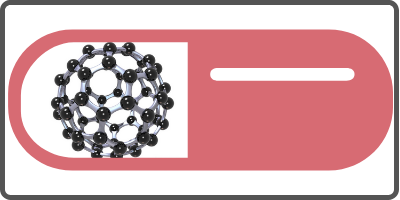 Nanoparticle containing Rapamycin and albumin used as an anticancer and cancer prevention agent. This patent involves a composition of nanoparticles that contain rapamycin and a protein carrier with application in cancer therapy 3. Nanoparticles serve to inhibit Cholesteryl Ester transfer protein and an Nonionizable polymer that is used to treat coronary artery disease 4. Nanoparticles of Paclitaxel and albumin in combination with Bevacizumab are used to treat cancer. The product is applied along with chemotherapeutic drugs with effective amount of taxane and a carrier protein in nanoparticles and an anti-VEGF antibody 5. Adenosine Deaminase is used in cancer therapy like treating tumors by administering a therapeutic dose of adenosine deaminase. This is a novel technique for tumor treating and inhibiting. Malignant solid tumors were discovered and recognized by administering adenosine deaminase 6. Calcipotriol monohydrate nanocrystals have application in preparing a tropical Calcipotriol that is capable of penetrating into skin with similar biological activities to Daivonex ointment. Calcipotriol is prepared as chemically stable nanocrystals 7. Liposomes containing docetaxel are prepared in the absence of heat, proteins, inorganic salts and organic solvents. This liposomal formulation has an application in treatment of diseases or disorders 8. Based on the use of silica nanoparticles with the particle size ranging from 1 to 100 nm, methods and Compositions have been developed for oral administration of Insulin. The pharmaceutical composition comprises a mixture of inert dry silica nanoparticles ingredients in an oil 9.

Ophthalmic drugs topical delivery has appeared to have a number of limitations with poor absorption as the most common one causing problems in the optimum quantity maintenance of the drug in the precorneal area of the eyes. The conventional topical ocular drugs have this limitation while based on the use of polymeric nanoparticles the stability of the drugs increases and they achieve a longer elimination half-life of 20 minutes in tear fluid. The nanodrugs used in this category have shown to promote the bioavailability, eliminate the side effects and enhance the absorption of the therapeutic drugs 10.

The presence and entry of any single molecule into the brain is basically organized by the blood-brain barrier (BBB) being regarded as a highly selective membrane barrier permeable for molecules with high o/w partition coefficient. Recently, nanoparticles have been applied to specifically serve as a drug carrier system at either side of this membrane. Particularly, nanoparticles go through the brain membranes based two main mechanisms namely their trans-synaptic transport through the olfactory epithelium followed by inhaling and crossing the BBB. Therefore, nanoparticles can be employed as a capable and efficient supporting agents to enhance the delivery of a given drug to brain 11.

Nano Drugs for the Treatment of Vascular Thrombosis

The common and conventional treatments for vascular thrombosis have very few benefits which generally lies on the short plasma half-life of drugs from the target sites, numerous side effects and rapid drug washout. These limitations could be overcome through immobilization of a particular amount of an agent onto a drug delivery system in order to enhance the stability and even the half-life of the encapsulated drug. Polymeric nanoparticles and liposomal nanocarriers are widely used due to biocompatibility and biodegradability.

There is a crystal clear fact that nanoparticles and nanotechnology at whole have considerably improved and promoted the conventional medical and pharmaceutical treatment strategies and quality. Gene therapy has also taken the advantages of nanodrugs and in this case, biological nanoparticles termed as bionanoparticles or viral vectors with diameters as small as 100 nm and less have shown to be stable and beneficial transgenes in cells. A lot of research has been focused on the application of viral vectors that are considered as drug delivery systems. Viral vectors as generally tools that are employed to deliver genetic materials and codes into a given cell. Among the common carriers in gene therapy, lentivirus, adenovirus, retrovirus and adeno-associated virus gene transfer have been investigated for use in cancer therapy.

The findings in nanomedicine and nanodrugs are so extensive and broad that can’t be listed and described just in one article. The fact is nanomedicine and nanodrugs have been and are causing remarkable changes in medicine and push it to a whole new level with the noticeable outcomes in healthcare. Nanonephrology, nanodrugs in cardiovascular disease treatment gene therapy and cancer therapy are regarded as the areas with great findings with a lot of ongoing research for better methods and techniques.