Graphite nanoparticles have drawn attention because of their applications as additives in lubricants, nuclear power plants, electrodes, etc.

Graphite exhibits excellent lubrication characteristics employed as a solid lubrication agent in operations under cold and hot atmospheric conditions. There are different types and varieties of graphite depending on the crystalline structure and properties. Graphite is found in metamorphic rocks as a result of chemical reduction of sedimentary carbon during metamorphism and in meteorites as well. The minerals in which graphite occurs mostly comprise calcite, micas, quarts and tourmaline.

The main types of naturally occurring graphite that are found in ores and minerals are amorphous graphite, pyrolytic graphite, crystalline small flakes of graphite and graphite fiber. Amorphous graphite is generally an extremely fine flake of graphite. Lump graphite is massively found in fissure veins or fractures and in intergrowth of fibrous and crystalline aggregates with hydrothermally processed origin. Crystalline small flake of graphite occur as flat plate-like and isolated crystals with hexagonal morphology and edges.

Properties and Physical Structure of Graphite

It could be claimed that graphite nanoparticles are the most investigated material because of their interesting and unique properties such as enhanced chemical and biological compatibility, high surface area, excellent electrical and thermal conductivity, dimensional stability, corrosion resistance and optical properties. It's been demonstrated that graphite nanoparticles possess different properties when compared to bulky and raw graphite 1. Generally, elemental carbon comes in a couple of crystalline forms called allotropes based on the chemical bindings. Diamond and graphite are the most known forms of carbon allotropes with buckminsterfullerene as the least common form.

The chemical bonds in graphite are sp2 hybridization with the atoms forming a planar pattern where each carbon atom binds to 3 neighboring atoms of carbon located at 120° degrees apart. If graphite is exfoliated to individual layers, graphene can be obtained. Carbon atoms on graphite align in honeycomb lattice 0.142 nm apart with the planar distance of 0.335 nm. The carbon atoms in the planes are bound covalently with 3 electrons involving in binding and one free electron to migrate in the plane giving graphite electrical conductivity. The graphite layers are bound through weak Van Der Waals forces making it easier for the layers to be separated easily or slide on each other to serve as a lubricating agent. Based on its morphology, graphite could be categorized as hexagonal alpha graphite and rhombohedral beta graphite with nearly identical physical properties. The alpha graphite could be buckled or flat with a possibility to be converted to the beta form through applying a mechanical force. Inversely, if the beta form is heated up to 1300°C, it can convert to form alpha graphite.

Graphite is among the materials with a higher thermal conductivity and low density and can easily be dispersed into fluids because of its flake shape. Graphite nanoparticles appear to have a higher heat-transfer coefficient as well as cheap price among oxide nanoparticles and metalloids. The lubrication quality of graphite is an important property that many mechanical devices can benefit from. In addition, they can easily be recycled without causing any pollution 2. Graphite nanoparticles are basically conjugated π-electron systems. When a crystal of graphite falls into nanoscales, there appears edges surrounding the particles. A single graphite nanoparticle consists of nanosized graphene sheets stacked on each other in which the peripheries that are technically made of dangling bonds are exposed to species likes hydrogen and oxygen for any probable reaction leading to a complete bound structure. Particularly in this case, nanoparticles are determined by finite flat graphene layers with open edges, while in carbon nanotubes the surface is closed. The existence of unbounded open edges around the peripheral region in graphite nanoparticles gives them a specific property compared to other close surface systems like fullerene and carbon nanotubes 3. 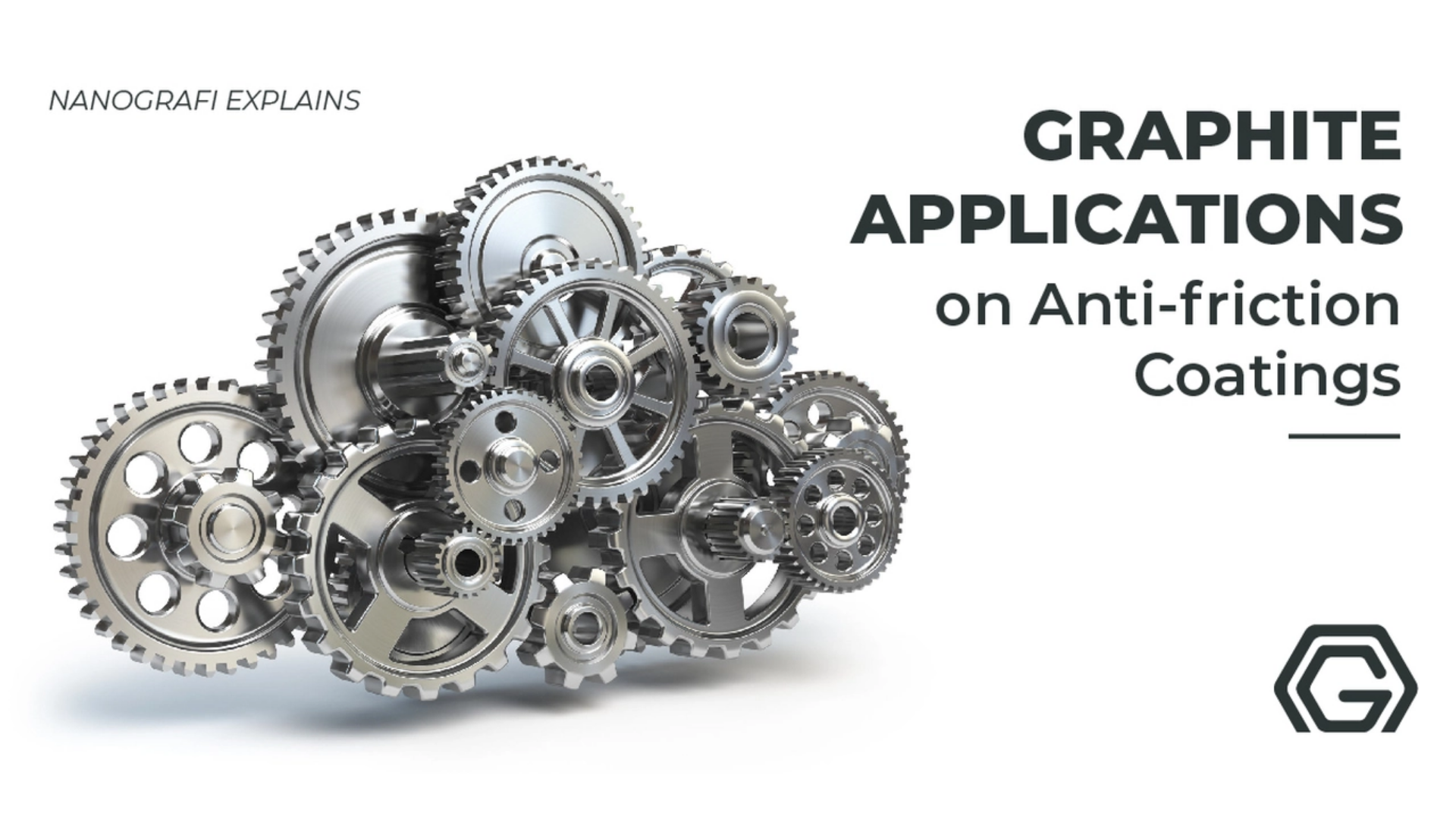 To get more information about the applications of graphite,

With regard to its widespread applications, abundance in different forms and the unique physical and chemical properties, several methods and techniques have been introduced for the preparation of nano-sized graphite crystals. In addition to this, there has been a lot of effort to introduce methods which mainly focus on surface modification and functionalization of graphite particles for particular purposes. In a method, graphite nanoparticles are obtained through graphitization of nanodiamond powder in an inert atmosphere of argon. The graphitization is processed at the temperatures ranging from 1600 up to 2750°C applied for about an hour 3.

In a chemical procedure, graphite nanoparticle could be synthesized using a reaction between nitric acid and calcium citrate under lower magnetic field condition. To begin with, an amount of graphite is gradually added to nitric acid in a cylindrical container which is non-magnetic. Later on, citrate calcium is added to the mixture with a consecutive magnetic field application for 12 hours at 50°C. As the reaction continues, graphite precipitates at the bottom of the container 1.

As it was mentioned earlier, graphite needs to be modified in order to be used in applications like nanolubricant agents. In so doing, various dispersion methods are suggested in order to improve the dispersion stability of graphite and the suspension of nanoparticles in a palm-oil based lubricant appears to have a positive impact tribological performance. In this case, nanolubricants are obtained followed by 2 steps including high-sheer homogenizer and magnetic stirrer. There are other physical and chemical treatments like the use of a particular surfactant and pH control as well as surface modification in order to achieve a stable suspension 4.

Materials with the capability of being applied as thermal interfaces are of a critical importance in increasing heat transfer quality in electronic devices, especially in high density electronic devices at exceedingly high temperatures. Thermal interface material (MITs) with commercial applications are basically made of thermally conductive graphite with the quality of transferring heat. Considering these unique properties, graphite has found applications in lubricating agents, refractory materials, nuclear energy generation industry, mechanical applications and electrode designing. Due to its stability at elevated temperatures as well as its chemical inertness, graphite nanoparticles are widely used as a qualified candidate in refractory materials such as refractory bricks, crucibles, ladles, moulds to contain molten metals and continuous casting of Steel. In nuclear industry, graphite nanoparticles are employed in the fabrication of lining of heat moderators, nuclear plants and refractors, secondary shut down materials and thermal columns. It's been shown that graphite nanoparticles have very low absorption tendency towards neutrons with higher strength at elevated temperatures. Graphite nanoparticles are predominantly used in engineering materials like piston rings, bearings and veins. Electrodes based on carbon are widely used in fuel pumps and shafts of many aircraft jet engines. In electrode designing, graphite nanoparticles serve to transfer the electricity in electric arc furnaces. Generally in smaller scales, graphite is employed in designing electrodes for electrical discharge machining used on in plastic injection molds.

Articles exhibits excellent electrical mechanical, thermal and optical properties with considerable dimensional stability and high surface area. Based on these properties, graphite nanoparticles have drawn a lot of attention because of their potential role in a broad range of applications in fuel cells biosensors, composites, super capacitors batteries, lubrication agents and transistors.