Graphene based materials including mono and multi-layered graphene, graphene/polymer composites, and functionalized graphene oxide are utilized in electromagnetic interference shielding applications such as radio wave, x-ray, microwave, and UV shielding.

Radiation is a great part of our lives because of the natural radiation surrounding us and especially because of the electronic devices we use on a daily basis.

Natural radiation including radiation from our bodies and background radiation is inescapable and harmless. However, the radiation we are exposed to because of the electronic devices increases constantly and considered to be harmful. Radiation, which is also referred as electromagnetic waves, is defined as energy that comes from a source and travels through space at the speed of light. This energy has a wave-like behaviour, creates an electric and magnetic field. Electromagnetic spectrum is used to describe the entire range of radiation that exists. Electromagnetic radiation is classified into categories based on the frequency of the waves. These categories can be listed from high frequency to low frequency as gamma rays, X-rays, UV, visible light, infrared, microwave and radio waves. Radiation types are also categorized as ionizing and non-ionizing radiation. Ionizing radiation causes the formation of charged particles in the matter due to their high energy. X-rays and gamma rays belong to the ionizing radiation category. The major radiation types caused by technological devices are x-rays and radio waves. Medical imaging devices are the source of x-ray radiation while the electronic devices such as TVs are the source of radio waves.

The Role of Graphene in Radiation Shielding

Carbon itself is not considered as a radiation shielding material due to its low atomic number (Z=6). However, the wonder material graphene can offer some considerable radiation absorbing properties. The high conductivity, saturation velocity, flexibility, excellent optical properties, and mechanical strength of graphene make it an excellent choice of material for high-performance EMI shielding. Graphene is utilized in various forms for EMI shielding applications including mono and multi-layered graphene structures, functionalized graphene, and composites with different materials. The most of the researches focus on the radio frequency shielding and x-ray shielding since these radiations are at the centre of attention.

The new generation technological devices require much more sophisticated materials and technologies. As the density of electronic devices increases in our daily lives, the requirement for radio frequency shielding materials also increases. Graphene-based materials have the upper hand on the conventional shielding materials due to their flexibility, light weight, high conductivity, resistance to corrosion, and processing advantages. 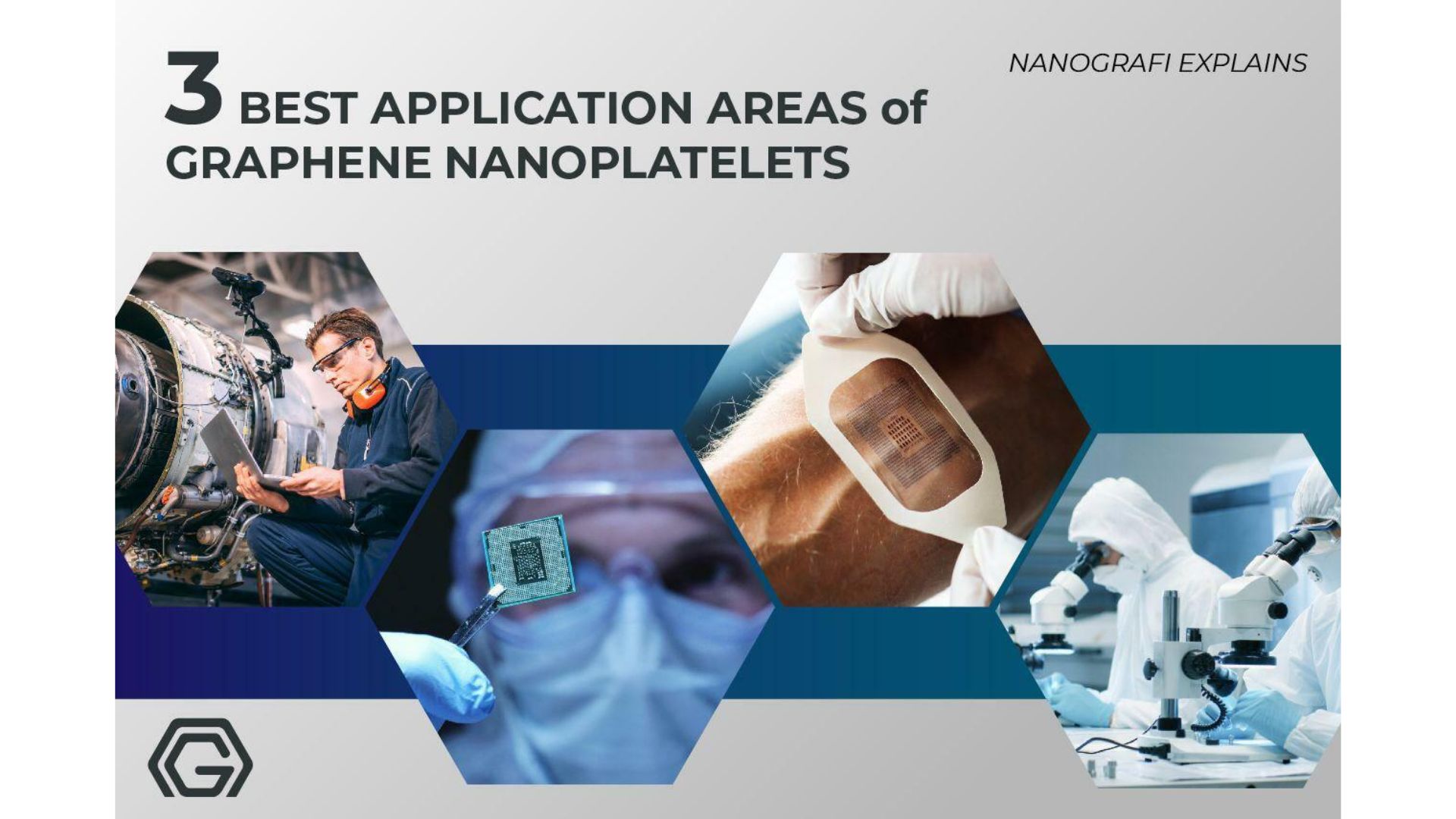 If you are interested in the application areas of graphene nanoplatelets,

Graphene composites have gained a lot of attention in EMI shielding applications, in addition to mono and multi-layered graphene structures. Composites of graphene mostly include epoxy and polar polymers such as PMMA, PAN and poly(acrylic acid) (PAA). Additionally, the carbon nanotubes (CNTs) are often included in these composite structures. Conductive polymers have been suggested as the alternative material for EMI shielding applications. However, the these polymers show some disadvantages such as low stability during processing, high cost, low thermal stability and as consequence limited service temperature or globally poor mechanical performance. This is why the graphene/polymer composites are offered as a promising solution. The electromagnetic shielding effect and the durability of composites are considerably improved in comparison to conductive polymers. The inclusion of CNTs further improves the EMI shielding effectiveness of composites reaching as high as 98 dB. The graphene structure in these composites are often functionalized GO since it provides better connectivity with the polymeric material. Graphene/epoxy composite is also suggested for the EMI shielding applications however, the shielding effectiveness of these composites is relatively low.

Another source of electromagnetic pollution is accepted as microwave radiation mostly caused by radars and microwave ovens. Conductive hybrid graphene films composed of mono-layered graphene on different substrates such as quartz glass are suggested for microwave shielding applications. The shielding effectiveness of such hybrid structures can go up to 29 dB. Another graphene based suggestion for microwave shielding is decorated graphene structures. MnO2 decorated graphene nano ribbons (GNRs) are reported to show good absorption dominated shielding effectiveness of approximately 57 dB blocking the 99.99% of the microwave radiation. Such graphene based materials are promising candidates for future applications.