Carboxymethyl cellulose (CMC) also known as cellulose gum is a water soluble polysaccharide and one of the derivatives of cellulose with carboxymethyl groups bound to the hydroxyl groups of the glucopyranose monomers originally made from the backbone of cellulose.

A wide range of products that comprise the carboxymethyl cellulose family contain carboxyl methyl ethyl group are classified as anionic polymers. Chemically, they engage in a fast hydration reaction and are regarded as thickeners but not gel formers. Carboxymethyl cellulose family substances form films that are soluble in water with the compatibility with a broad range of other ingredients. They have interactions with proteins like soy protein and keep them soluble in water 1.

What is Carboxymethyl Cellulose?

Carboxymethyl cellulose is chemically synthesized through the reaction between cellulose and the chloroacetic acid known as alkali-catalyzed reaction. Organic acids like the polar carboxyl groups make the cellulose water-soluble and chemically reactive. Within the initial stage of the reaction, carboxymethyl cellulose forms the 60% of the product as the technical CMC with application in detergents along with and 40% sodium chloride and sodium glycolate. In order to remove the resulting salts and purify the CMC, a further purification process is required to make CMC a qualified agent to be used in pharmaceutical, food and dentifrice applications. In addition to this, a semi-purified grade of CMC is also produced as an intermediate product that is typically used in paper production and restoration of archival documents. The basic properties and characteristics of carboxymethyl cellulose depend on the substitution degree of the cellulose structure as the number of the hydroxyl groups involving in the substitution reaction. The length of the chain of the cellulose backbone structure as well as the degree of clustering of the carboxymethyl substituents are other factors that determine the properties of CMC 2.

Through activating the non-crystalline regions of cellulose, selective sites of cellulose are attacked by alkylating reagents making it a reactive structure to be used for synthesizing CMC. The same reaction could be carried out through cellulose privatization and microstructures that are basically reactive and formed by induced phase separation. In order to make this process feasible, sodium hydroxide is used in anhydrous state in combination with solvents like dimethylacetamide at LiCl 3.

Carboxymethyl cellulose molecules generally shorter chain length than the original and native cellulose with uneven derivatization reactive areas and high and low substitution capacity. It's been shown that the substitution process is somehow cooperative rather than expected on substituted and tri-substituted areas. At lower concentrations, carboxymethyl cellulose molecules are mostly extended shaped like rods. However, when a concentrated solution is prepared, the molecules coil up, overlap and entangled to form a thermo-reversible gel. As the ionic strength increases and the pH reduces, the viscosity increases causing the polymer to become more coiled. 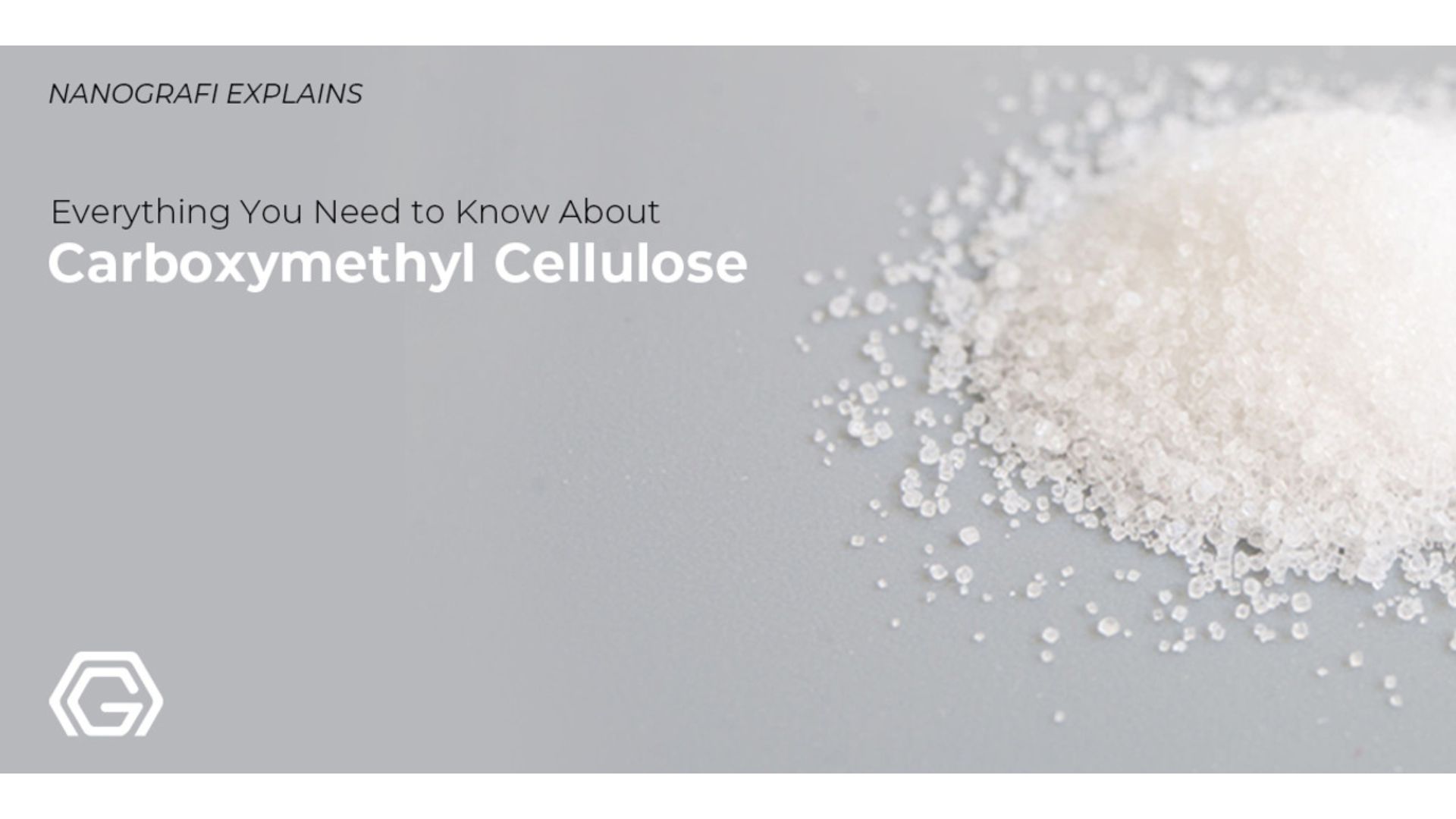 To get more information about carboxymethyl cellulose,

Most carboxymethyl cellulose molecules and derivatives tend to dissolve in cold water rapidly. This class of CMC molecules have found applications in controlling viscosity without gelling the solutions they are present in. It should be noted that that some typical concentrations of CMC do not gel even in the presence of calcium ions. Controlling the viscosity makes it possible for CMC molecules to function as a thickener, emulsion and phase stabilizer as well as suspending agents. CMC molecules could also be used based on their ability and capacity in holding water at low and higher viscosity. As it was mentioned earlier, the length of the chain and the degree of substitution are important factors holding the properties of CMC. Particularly, CMCs with more hydrophobic lower substitutions are thixotropic however, those with more extended higher substitutions are pseudoplastic. At acidic pH values, CMC could form cross-links via lactonization of three hydroxyl groups and carboxylic acids. Is it possible to project the viscosity of CMC Solutions at elevated temperatures just in case there is enough knowledge of its thermal stability.

Carboxymethyl cellulose is extensively used as a food additive when it is enzymatically hydrolyzed in order to modify the viscosity and stabilize emulsion in food products like ice cream. CMC is regarded as an important component of a lot of non-edible products including laxatives, water based paints, diet pills, toothpaste, detergents, reusable heat packs, and textile sizing. CMC is basically and primarily used due to its high viscosity and nontoxicity. Additionally, it is mostly regarded as hypoallergenic agent. CMC has predominant applications in low-fat and gluten-free food products. In detergent production industries, CMC is used as a soil suspension polymer mainly prepared to reside on cotton and other cellulosic fabrics in order to make them negatively charged to block soils in solutions containing detergents 4.

Moreover, CMC has found applications as a lubricating agent in artificial tears. As a thickening agent too, CMC is used in oil drilling industry mostly as an ingredient along with the drilling mud serving to modify the viscosity and retain water. Knitted fabrics like cotton and viscose rayon which are generally made of cellulose could be converted to CMC to be applied in medical applications. As in medical applications, CMC is widely used in drug delivery and tissue engineering applications. Apomorphine, which is a drug used to regulate multiple responses in Parkinson's disease, has been successfully encapsulated in CMC powder to make the release process more efficient and lead to enhanced nasal release. Sodium salt of CMC has been used successfully as a drug delivery agent in gastrointestinal applications. In this case, CMC serves as an efficient system for mucosal tissue 3.

In addition to drug delivery quality, CMC has turned out to be a useful scaffold in tissue engineering. CMC hydrogels possess a pH dependent swelling characteristic capable of releasing the encapsulated drug agents at particular pH values of a given tissue of interest. What’s more, CMC has showed potential efficiency when used as wound dressing materials. CNC hydrogels could be used for nucleus pulposis cells as a potential alternative for intervertebral disc degeneration. Combined with chitosan and hydroxyapatite, CMC has been employed in regeneration of bone and teeth. Another form of CMC known as insoluble granular form is applied in ion exchanging resins in chromatography in order to purify proteins. The level of privatization in this case is quite lower making the solubility properties of microgranular cellulose to be retained, whereas the addition of adequate amount of negatively charged carboxylate agents serves to bind to positively charged proteins3.

Carboxymethyl cellulose is generally a water soluble polymer mainly derived from cellulose based on the right gum type with the capability to be applied in any aqueous system. CMC is advantageous due to its excellent water binding capacity, ability to protect proteins and a lot of medical, industrial and pharmacological applications.