The preparation of the new cathode materials is very important to the success of the new cathode materials, as it controls the cation order, size of the particle, and morphology, among the other significant parameters. Both of them are energy-intensive and can't make many potentially metastable structures, resulting in high lithium-ion diffusivity although there is the usage of the traditionally high-temperature methods. Although they possess the benefit of being water/hydroxyl free. Various possible approaches are present for synthesizing active materials, but there should be the usage of a commonly viable approach in the end.

Several benefits are offered by soft chemical approaches like ion exchange or solvothermal/hydrothermal. These methods are considered viable by the chemical industry as currently they are being utilized in tonnage quantities. There have been an extensive amount of studies on the hydrothermal synthesis for simple oxides like those of vanadium, molybdenum, and tungsten, and now many significant parameters are understandable. There has been successful preparation of the numerous phosphates. LiFePO4, with the olivine structure, lithium iron phosphate is a cathode of significant interest.

The conventional synthesis of this material takes place at increased temperatures but using a low energy utilization and low-cost synthesis approach is advantageous as its components are cheap. One can find the iron phosphates in nature, including the phosphates with the olivine structure. The high manganese content is known as lithiophilite, Fe1 − yMnyPO4 as heterosite, and triphylite is the low manganese content LiFePO4. Hydrothermal reactions are used to form these minerals in nature. LiFePO4's formation was reported in 1981 by Belov et al. under hydrothermal conditions close to the phosphate mineral formation's physicochemical conditions in nature, 968 atm and 400 °C for 100 h. Their triphylite was made as slightly elongated or isometric transparent crystals (or crystals clusters) of well faceted prismatic shape.

The average size of the crystals was 0.2-0.4 mm whereas some crystals had sizes as large as 2 mm. There was variation in color from no color to different shades of yellowish-green (even within one experiment) and also to brownish-pink and olive-green. Under the same conditions, there was the formation of lipscombite, and it displays remarkable electrochemical behavior; the crystals were greenish-black, octahedral, isometric, opaque, and with a matte luster. With 0.2 mm as the average size, some crystals had a size of more than 1 mm. There has been a determination of the natural triphylite LiFe1 − yMnyPO4 electrochemical behavior and according to findings, before and after a high-temperature carbon coating treatment, its under 80 mAh/g, which suggests that problems might be are caused because of the impurities.

A theoretical capacity of 90% was shown by the synthetic LiFePO4 that was tested under similar circumstances. In recent times, the single crystals of iron-rich material are growing, hydrothermal reaction's temperature is lower than 200 °C, and it is also seen that without any more thermal treatment, remarkable electrochemical behavior is shown by such materials.

LiFePO4's orthorhombic structure is compared with the lipcombite's tetragonal structure; the orthocombic one has fewer chances of being susceptible to tunnel blockage as it has tunnels in 2 directions and lithium can tunnel through the vacancies in the FeO6 chains. PO4 tetrahedra, LiO6 octahedra, and distorted FeO6 are contained by the LiFePO4 structure; these are organized for providing1-dimensional tunnels through which the migration of lithium ions is possible. Eventoff et al. determined the natural specimens' structure and that the mixed Fe0.65Mn0.35PO4 is heterosite, however, there are no findings of the FePO4, the corresponding ferric compound, in the nature.

According to findings, the sample structure that's made by the lithium's removal from the LiFePO4 is the same. Interestingly, as compared to LiFePO4, the phosphate tetrahedron becomes more symmetric in FePO4, but less in LiFe0.65Mn0.35PO4, the mixed phosphate. A shorter bond of 1.526 Å and three equal P-O bonds of 1.546 Å are shown by the Single-crystal measurements in LiMnPO4 itself.

Due to its prior successful usage for the ferrous phosphates by Carling et al., the chosen reductant was hydrazine. Lithium iron phosphate’s formation was discussed as pH function, with the phosphoric acid’s addition, adjusting the pH. When the pH was more than 7, these lithium iron phosphates’ X-ray diffraction displayed an impurity phase; there were observations of the extra diffraction lines, particularly between 20 and 25° 2θ. There were no observations of the impurity phase in hydrazine’s absence.

LiFePO4 was heated to 600 °C in oxygen for determining the iron's oxidation state. 5.01% is the weight gain that's expected for a pure ferrous material. It was pure ferrous material and it was indicated by the weight increase that was more than 4.9% for the pH = 6 material. Although one can only achieve complete oxidation by holding the sample for 2 hours at 600 °C. Normally when there is heating of the sample at 5 °C min−1, complete oxidation is achieved before oxidation. This behavior is compared with the LiFePO4 that was made by utilizing the ascorbic acid as the reducing agent.

There was much faster oxidization of the pH 10 samples but only a three to four percent weight gain was achieved, indicating the fact that a significant amount of ferric ions are present. The large size of the particle with slow ionic diffusion is suggested by this slow oxidation. The material's SEM images confirmed this, and in a later section, it was compared with the other lithium metal phosphates. A rectangular block-like morphology is possessed by the pH 6 sample, along with 0.5 μm of thickness, various microns on a side, and its morphology is a little more as compared to the sample's diamond-like morphology that's formed at the 10 pH which is more typical of LiFePO4.

As compared to the hydrothermally prepared samples and high temperature, the sample’s absolute capacity was much lower although the sample maintained its capacity while cycling. This may be is because of this material’s thicker plates and larger size. Therefore, hydrazine is not an effective anti-oxidant for synthesizing electrochemically active LiFePO4.

Reducing agents' presence like ascorbic acid and synthesis temperature's criticality was displayed in our preliminary results whenascorbic acid (vitamin C) is being utilized. There is a crystallization of the LiFePO4 compound in the orthorhombic system with the tunnel structure. It was found that LiFePO4's unit cell volume and lattice parameters were a synthesis temperature's function, which decreases when there is an increase in the temperature until the plateau reaches around 180 degrees celsius. This plateau value is the same as the value that's found in the micron-size crystals made at increased temperatures. It was noted earlier that around 100 mAh/g of rather low electrochemical capacity is possessed by the samples that are made at 120 °C, which suggests that the blockages in the tunnel limit the lithium diffusion. 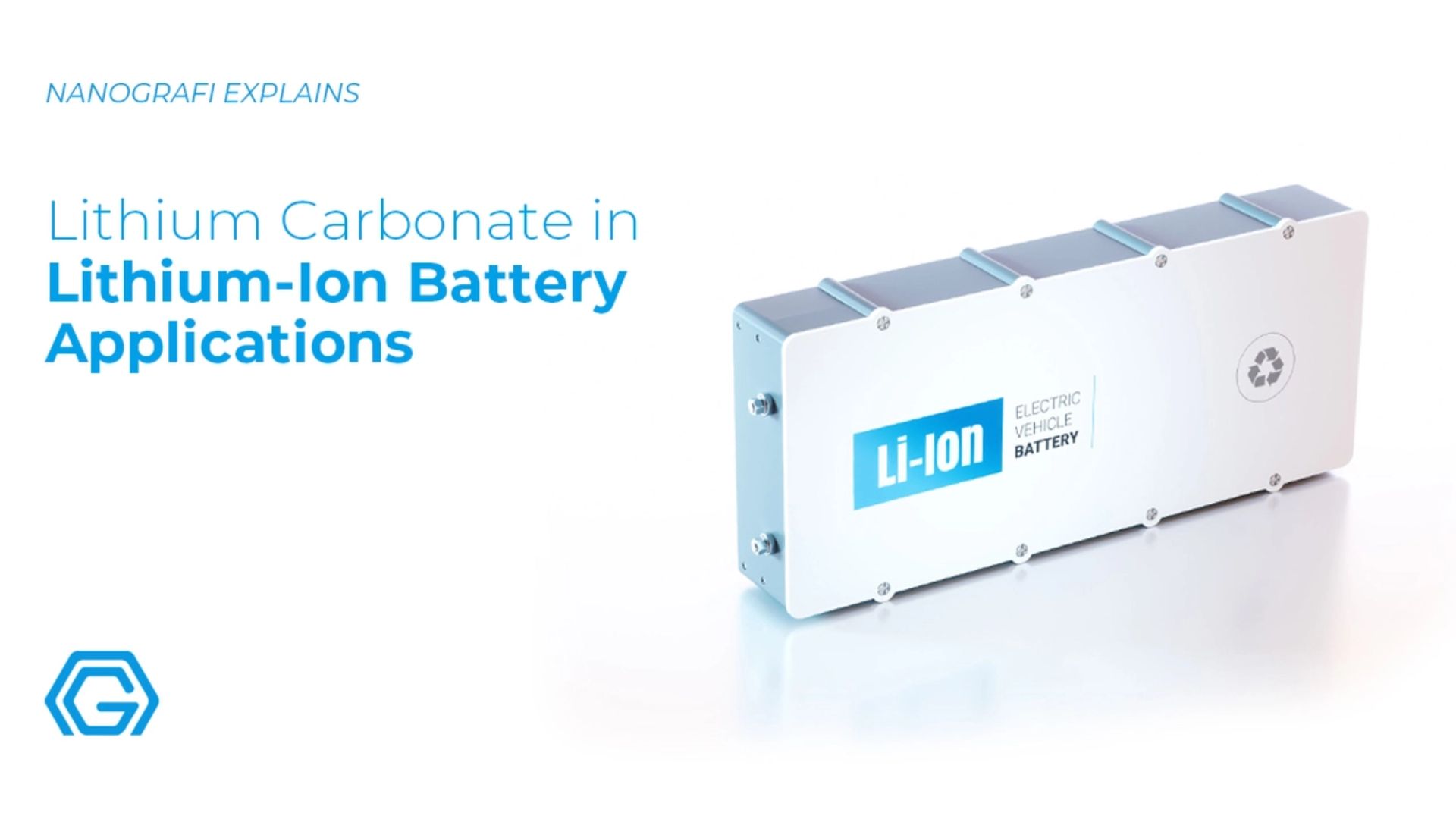 To get more information about Lithium Carbonate in Lithium-Ion Battery,

A full Rietveld refinement of the LiFePO4 compounds' X-ray diffraction patterns for determining the iron's amount on the lithium sites and the reason for the volume changes that took place. It was indicated in the results that at low synthesis temperatures, the lithium sites iron content increases, to 8 percent at 120 degrees celsius, and more than 189 degrees celsius, it drops to zero. Differentiating between the lithium–iron mixing model, Li1 − yFey[LiyFe1 − y]PO4, and an iron-rich model, Li1 − 2yFeyFePO4, is not possible from powder Rietveld studies at the lowest concentrations. Diffusion is blocked along the tunnels by these transition metal ions and they potentially lessen the ultimate rate capability and electrochemical capacity.

Therefore, performing the hydrothermal reactions above 180-degree celsius is essential for ensuring iron-free tunnels; low iron levels are possessed by some samples that are made at lower temperatures. The unit cell volume of micron-size material is good for measuring iron deficiency in the tunnels, and it can perform well in the electrochemical cells if it is 291.4 ± 0.2 Å3.

When PEG was added to the reaction medium, there was a lessening in the polarization, but over 10 cycles, there was an observation of almost 20% capacity fade. The PEG is lessened to the size of the needle-like particles and 2-3 μm diamonds made, and as the concentration of the PEG increases, the size of the particle increases. It was found in our studies how to form phase-pure diamond-shaped particles at 175 and 150 °C with a thickness of 200-300 nm, length of 3 μm, but commonly with a basal dimension of 1-1.5 μm in size. The diamonds are more elongated in PEG's presence and are trending to Tajima et al. material's long-rod morphology.

Earlier it was shown that all FePO4 three forms, crystalline FePO4, amorphous FePO4, and heterosite FePO4, that the corresponding FePO4H2O makes, are converted on heating, to the quartz form. For the amorphous FePO4, the conversion is only done at 450 degrees celsius whereas it is done at 600-700 degrees celsius for completing the crystalline forms, depending on the rate of the heating. There is no reversibility in these transitions and they are sluggish. LiFePO4's enthalpy of formation is measured by Navrotsky et al. at 25 °C along with FePO4's two forms, and that measurement data shows that as compared to the trigonal quartz form, the orthorhombic heterosite-FePO4 is more stable at room temperature.

The original plans for the reactions in the LiFePO4/FePO4 two-phase system were supposed to be taking place by a core-shell model. It is predicted in this model that the sphere's core is made up of LiFePO4's shell and pure FePO4. During the reaction, The boundary moves in or out between the two phases as the lithium diffuses through the outer shell, just as in a solid electrolyte. LiFePO4 always makes up the particle's external shell if there is the presence of any lithium even under high charging potentials if there are not enough lithium ions in the FePO4 phase or lithium-ion vacancies in the LiFePO4 phase. Such kind of model can elaborate on the first-cycle loss and various experimental measurements like the difference in the rates of charging and discharging.

Although, as these olivine structures have one-dimensional diffusion, such a model is bad for single grains. In a TEM study, it was clearly shown by Chen et al. that in micron-size hydrothermally grown single crystals that the LiFePO4/FePO4 phase front moves in the direction of the a-axis. The extraction of lithium occurs at the narrow transition zones between the FePO4 and LiFePO4's two well-crystalline phases. A crack is formed in the bc plane along the a-axis because of the comparatively large mismatch, 10.332 Å going to 9.82 Å. A variant on this model is proposed by Laffont et al.

Hydrothermal synthesis autoclave reactors have many applications and some of them are the following: 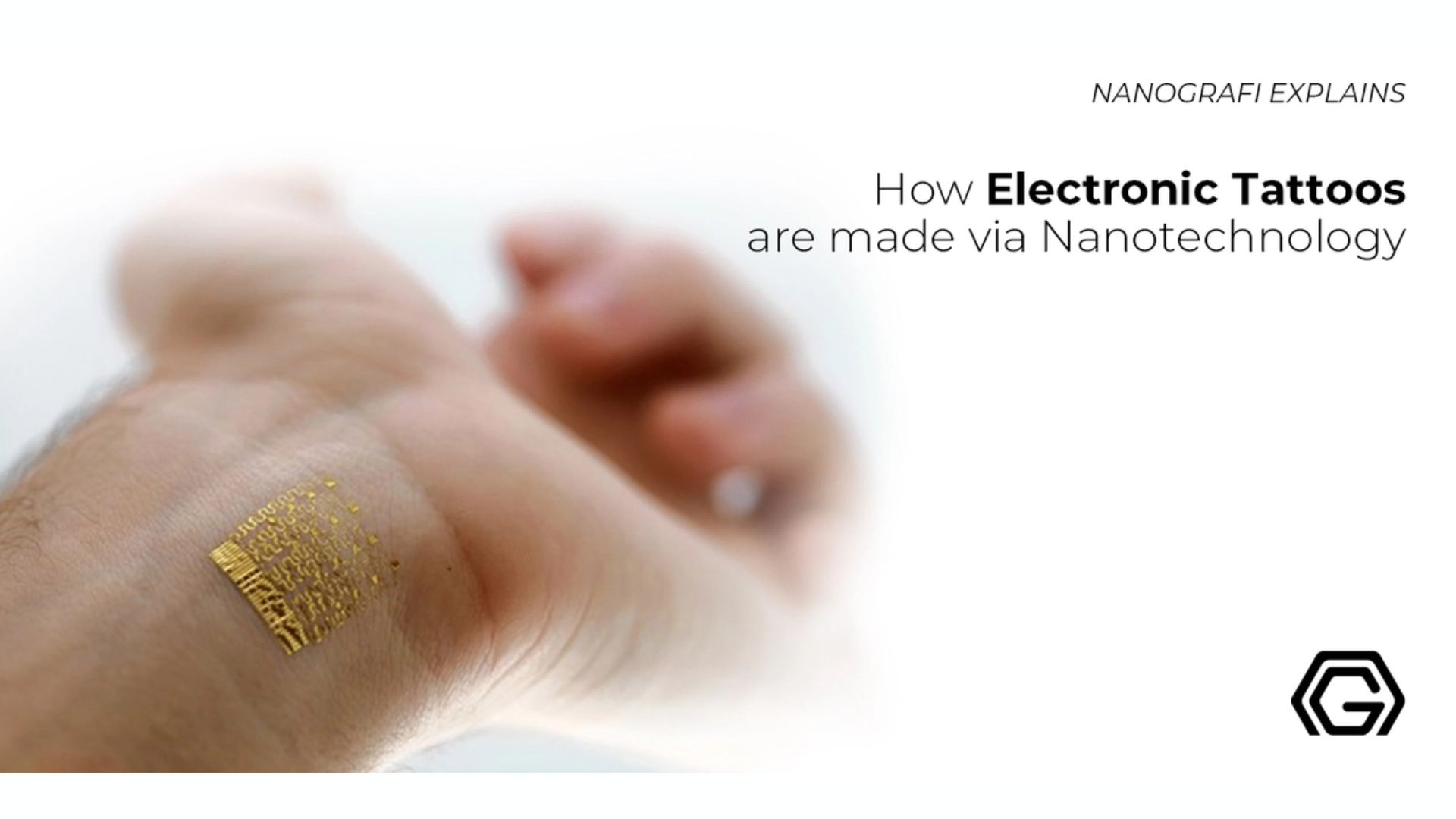 To get more information about Electronic Tattoos via Nanotechnology,

Owing to a huge number of applications, hydrothermal autoclave reactors have a wide range spread across the industries and markets that they become a part of. It is mostly due to the stability that they bring in the reactions and the power that they hold of strengthening them. All the research that has been carried out in this regard, supports the same idea and is continuously promoting the idea of making the use of hydrothermal autoclave reactors a norm.