The development of Antibacterial Nanopowder has been approached by different areas of science as a possible solution to a wide variety of pathologies (meningitis, encephalitis, bacteremia and febrile gastroenteritis) associated with bacterial colonization on surfaces of medical devices, hospital garments and even at the level of infrastructure. Although human mortality from nosocomial infections has decreased over the last century, this is a public health problem that requires more attention. The prevention of infections through Antibacterial Nanopowder to limit or inhibit the growth of microorganisms is very important. This article seeks to demonstrate the importance of Antibacterial Nanopowder in different sectors.

This Antibacterial Nanopowder generates a bactericidal or bacteriostatic effect in pathogenic microorganisms, guaranteeing their decrease or elimination. In this sense, nanotechnology presents a wide spectrum of new possibilities, offering techniques that allow the synthesis of materials with antimicrobial activity. This area is decisive since the performance of the nanoparticles is only related to the methods of synthesis. After the modification of the parameters during the said process, it is possible to modify the properties of the material obtained. Even in the literature, it has been detailed that the effectiveness of Antibacterial Nanopowder depends on the size of the particles. As already mentioned, this Antibacterial Nanopowder product is only 100 nm in size. Within the inorganic antibacterial nanopowder, titanium dioxide has gained special attention, thanks to its wide range of properties, especially for its photocatalytic property which is used to kill bacteria such as E. coli. 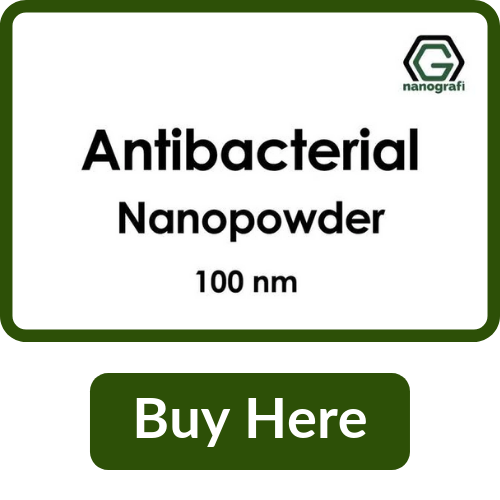 Antibacterial Nanopowder has the ability to reduce or eliminate pathogenic microorganisms and its action can be measured by two mechanisms; in the first, the material generates a metabolic lesion in the pathogens that is reversible after its elimination or neutralization, this effect is known as a bacteriostatic effect; whereas the second mechanism is irreversible since it affects vital cellular structures or their function and is known as a bactericidal effect.

First, the contact reaction takes place. The metal ions in the antibacterial nanopowder react with the bacteria, causing damage to the intrinsic components of the microorganism or causing dysfunction. When a quantity of traces of metal ions reaches the microbial cell membrane, the latter is negatively charged and relies on the Coulomb attraction to make the two strongly adsorbed. Metal ions penetrate the cell wall and react with the sulfhydryl group to coagulate and destroy the protein.

The activity of the cell synthetase loses its ability to reproduce and eventually die. Antibacterial nanopowder can also destroy microbial electron transport systems, respiratory systems, and mass transfer systems. when the cells lose their activity, the metal ions are released by the cells and the bactericidal activity is repeated so that the antibacterial effect lasts a long time.

In the second phase, the photocatalytic reaction takes place. Under the action of light, metal ions can act as catalytic active centers, activate oxygen in water and air, generate hydroxyl radicals and reactive oxygen ions and active oxygen ions having a strong oxidizing power. They destroy the reproductive capacity of the bacteria in a short time and cause the death of the cells, thus achieving the purpose of antibacterial nanopowder.

The elements of inorganic antibacterial nanopowder being offered by Nanografi such as silver, titanium dioxide, and copper have attracted special attention due to their high stability when in contact with biological systems.

Silver is the most studied antibacterial agent and therefore a lot of information is available regarding its mechanism of antimicrobial activity, it is active against Gram-negative (Escherichia coli) and Gram-positive (Staphylococcus, aureas) bacteria and although there is great controversy over its mechanism of action, these could be summarized in three main ones; the first would be explained by the gradual release of silver ions that inhibit the production of adenosine triphosphate (ATP) and DNA replication, fundamental factors for cell survival; The second mechanism could be attributed to the ability of nanoparticles to generate direct damage to the cell membrane and the third by the generation of reactive oxygen species that generate oxidative stress and subsequent cell death.

Recent studies have tried to understand the mechanism of action of silver nanoparticles and have sought to optimize their synthesis. In that sense, N. Jaya Prakash proposed in their study "Antibacterial Activity of Silver Nanoparticles Synthesized from Serine" the synthesis of silver nanoparticles by microwave irradiation using serine as a reducer and polyvinylpyrrolidone (PVP) as a coating agent in an aqueous medium, demonstrating that this method provides advantages such as greater profitability, formation of highly stable nanoparticles, direct and scalable and shorter reaction time. 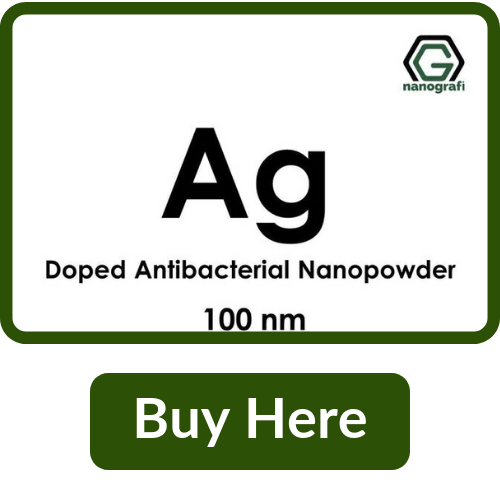 As for Phosphorus pentoxide, it exposes a broad spectrum of biocidal activity towards different bacteria, fungi, and viruses. The compound has greater absorption capacity due to which it has been incorporated in the antibacterial Nanopowder.

Nitrous Oxide has proved to be very effective against pathogens. It gets involved with immune cells which helps to fight against fungi, bacteria, parasites, and viruses.

Yttrium oxide has the capability to damage the bacterial cell membrane and enter cells to alter its enzymatic function leading to the death of the bacteria. In the nanosize form, they are very effective against bacteria and fungi.

Aluminum oxide, as already known has great antibacterial power and this is because of its large surface area which promotes reactions with bio-organics on the surface of the cell.

Hafnium dioxide is also an important compound to treat and it is also very effective against different types of bacteria.

During the last decades, the use of TiO2 nanomaterials has been a strong research area, showing that its applications can be categorized into four types according to the properties of the material. Its optical properties, for example, allow it to be a good candidate for UV protection, while its photocatalytic property makes it a promising material for the decomposition of environmental pollutants such as methanethiol (CH3SH) a colorless gas similar to rotten cabbage released from municipal wastewater and solids. TiO2 is also usually used to kill bacteria such as E. coli and tumor cells in cancer. On the other hand, the electrical properties give it the characteristics of super hydrophilicity or superhydrophobicity, so it can be used for self-cleaning or anti-fogging materials.

The antibacterial nanopowder is treated with high-tech nanotechnology, so that it has a broader and superior antibacterial and bactericidal function, and the long-term antibacterial effect is improved by prolonged release.

Air pollutants mainly refer to nitrogen oxides and hydrosulfite from automobile exhausts and industrial exhaust gases. The photocatalytic action of nano-TiO2 can oxidize these gases into nitric acid and low vapor tension sulfuric acid, which are removed together with the rain process, thus achieving the purpose of reducing atmospheric pollution.

The application of nanotechnologies in the treatment of solid waste is mainly reflected in the following two aspects: firstly, the nanometer-scale treatment agent rapidly degrades solid waste. For example, nano-TiO2 degrades solid waste at a rate 10 times faster than conventional TiO2. Nanotechnology can greatly alleviate the enormous pressure that solid waste brings to the environment, and it can also reduce secondary dyeing caused by traditional methods such as a landfill.

4. Treatment of inorganic pollutants in wastewater

The photocatalytic treatment of inorganic wastewater is the most studied in the treatment of wastewater containing chromium and cyanide. Under different reaction conditions, the effect of antibacterial nanopowder on the reduction of chromium in aqueous solution is different and very effective. 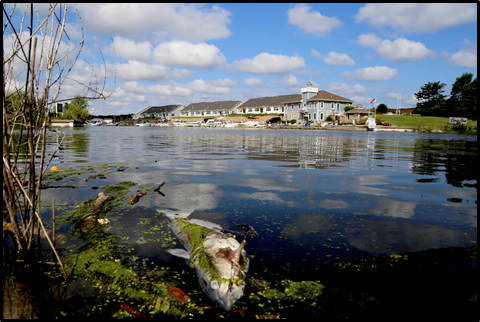 A recent Cyanide leak in Indiana have resulted in the death of 3,000 fish and shut down of the beaches as they present a health hazard to the residents. Source: Time.com