Pyrometallurgical synthesis is achieved through the direct process, indirect process or spray pyrolysis. Most of the ZnO is produced through the indirect process. In this process, the raw material is zinc metal. Zinc metal is vaporized in a container and exposed to air for rapid oxidation. This is a typical combustion process. Combusted zinc is the cooled down to obtained ZnO powder. The quality of the end product strongly depends on the quality of raw material. High-purity (>99%) zinc oxide product can be achieved only if a high-purity feedstock is used. ZnO particles produced through the indirect method are primarily in the size range of 30-2000 nm. The size of the particle can be manipulated by controlling airflow and flame turbulence. The second-largest production of ZnO is through direct process. The direct process uses zinc-containing wastes as feedstock. In this process, zinc metal is produced by reduction as a first step. Then, the metal compound is vaporized and oxidized with the same fashion as the indirect process. Spray pyrolysis thermally decomposes zinc salts to ZnO. Through this process, uniform particles with a high surface area can be obtained.

Even though it is a cheaper process than pyrometallurgical processes, hydrometallurgical synthesis is not as commonly used for ZnO production. This is because the end product is nor pure enough, contains a considerable amount of water, and has an irregular structure. However, this process is preferred in some industries because of the chemical activity and high surface area of the product. This high-surface-area product is defined as active zinc-oxide. Production of active zinc-oxide is a two-step process. The first step is the calcination of zinc wastes to hydrozincite and the second step is the decomposition of hydrozincite. ZnO is also obtained as a by-product of sodium dithionite synthesis. Zinc carbonate precipitates as a result of this process and then ZnO is obtained after filtering, drying and calcination or alkali treatment.

ZnO nanomaterials are produced through physical, chemical or biological methods. Physical methods include; physical vapor deposition, arc-plasma method, thermal evaporation, and ultrasonic irradiation. The thermal evaporation method is suitable for the production of ZnO nanotubes with photocatalytic properties. This process is also simple, low cost and catalyst-free. Chemical production methods such as microemulsion, sol-gel, precipitation, chemical reduction, and chemical vapor deposition are also used for the production of ZnO nanostructures[3].

The heat capacity and thermal conductivity of ZnO are very high while the thermal expansion coefficient of the material is relatively low. An important thermal property of ZnO is its thermochromism. Due to crystal lattice defects, the color of ZnO changes from white to yellow reversibly.

Under normal conditions, zinc oxide is a hydrophilic compound. However, treatment with fatty acids can induce hydrophobicity.

Zinc oxide is considered to be non-toxic to humans and animals. It doesn’t cause irritation to skin and eyes. However, it can cause coughing, fever, and chest pain upon inhalation and ingestion. The most important impact of zinc oxide is on aquatic organisms. Recently, zinc oxide has been held responsible for coral bleaching [4].

The tunable properties of ZnO create the potential of its use in various different areas. Today, ZnO is majorly used in the rubber industry while the ceramic industry is the second in the line. In addition to these industries, ZnO is used in cosmetic and pigment industries, in dye synthesized solar cells, LEDs, UV lasers, phosphors, catalysts, and water disinfectant materials. 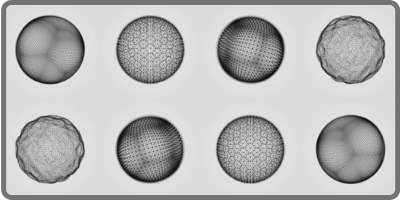 In the rubber industry, ZnO is used as a vulcanizing activator. It is also used as a cross-linking agent for elastomers such as neoprene and polysulfide. ZnO reduces water absorption of cable insulators and consequently improve its lifetime. ZnO addition also improves the thermal conductivity and abrasion resistance of rubber. Recently, the use of ZnO nanoparticles is considered for these applications in order to decrease zinc consumption.

Ceramics and concrete industries utilize low expansion coefficient, high thermal conductivity, and high thermal stability of ZnO particles. In ceramic applications, the low expansion coefficient of ZnO improves the elasticity of the material. When ZnO is added in small amounts it provides a glossy surface while in moderate amounts it provides a matte finish. Zinc oxide addition provides longer processing time and water resistance to concrete material. It is also used in quick-setting cement [2].

Even though it has been pushed to the sidelines by TiO2, ZnO is still an important element in the pigment industry. It is commonly used as a white pigment. However, due to the recent standards and specifications in the paint industry ZnO use is expected to decrease in this industry. On the other hand, ZnO has the potential to be used in energy-saving window coatings. Al or Ga doping increases the electrical conductivity of ZnO and provides the ability to reflect infrared radiation.

ZnO is widely used in the cosmetics industry as a broad-spectrum UV absorber. Because of this advantage, it is used in several cosmetic products such as moisturizers, make-up products, ointments, lip products, and hand creams. ZnO is affective both in UVA (320-400 nm) and UVB (290-320 nm). Another reason for the ZnO additives in cosmetic products is that it helps cosmetics to adhere to the skin more easily. Active ZnO is also used as an active ingredient in acne treatment products. Antibacterial and antifungal properties of ZnO nanoparticles are important in antibacterial products and fungal treatment lotions. Other application areas of ZnO nanoparticles in the cosmetic industry are; anti-dandruff shampoos, nappy rash creams, and deodorants[2].

ZnO catalysts are used in methanol production. Hydrogenation of carbon monoxide is catalyzed by a mixture of zinc and chromium oxides. Also, alkali promoted ZnO is used as a catalyst for iso-butyl production from synthesis gas. ZnO is also used to catalyze the production of caprolactam which is then further processed to obtain nylon 6.

Antibacterial properties of ZnO nanoparticles are used in the disinfection of water. It is suitable for the application because it is very active even in small amounts, stable under harsh conditions, and considered to be safe for humans and animals. The disinfection mechanism of ZnO is based on the elimination of reactive oxygen species (ROS), the release of Zn2+ and damaging bacterial cell walls [5]. 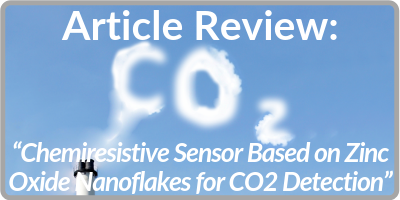 Zinc oxide nanoparticles can also be used as a substitute to TiO2 in dye synthesized solar cells. ZnO has a much higher electron diffusivity and high electron mobility. Because of these properties, ZnO is a suitable semiconductor for dye synthesized solar cells [6]. ZnO as a blue and UV light emitter has the potential to be used in light-emitting diodes (LEDs) and UV lasers. Another optical application of ZnO is as a precursor to phosphors. Seeing that zinc is an important micronutrient for humans, animals, and plants, pure ZnO additives are used in fertilizers, animal food, and dietary supplements.

Zinc oxide particles in both micro and nanoscale play an important role in the various industries. Different production processes provide different properties to ZnO products and open the doors to a myriad of applications. ZnO nanoparticles can show active behavior with the increased surface area. The activity of ZnO is important in catalytic applications or cosmetic products. Low expansion coefficient, high thermal stability, and thermal conductivity of ZnO are utilized by various different industries such as rubber, ceramic and concrete industries. Optical properties of ZnO are utilized in ceramics and pigment industries and LEDs, UV lasers, and phosphors. It is clear that ZnO particles hold a great part in both our daily life and in industrial applications. Further improvements of nanotechnology will allow different applications of ZnO particles while conventional production methods are expected to retain its importance in various applications. 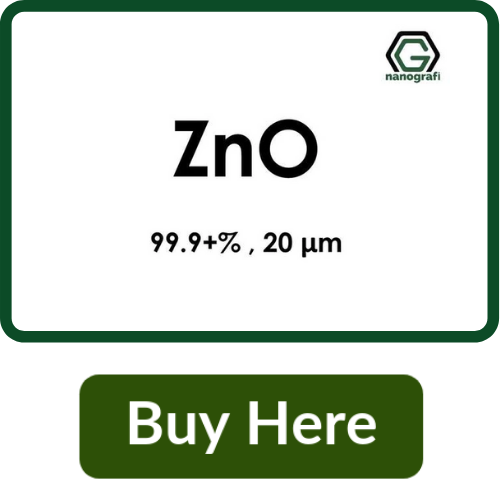 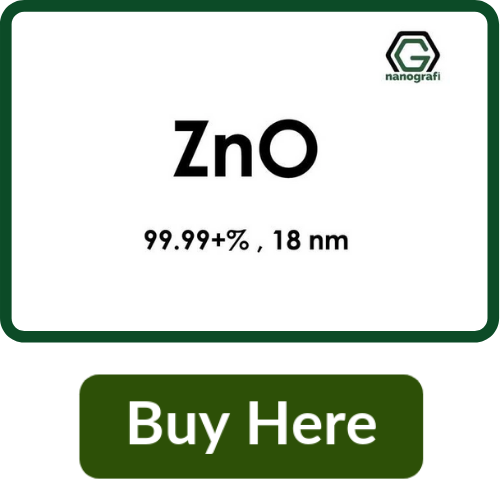 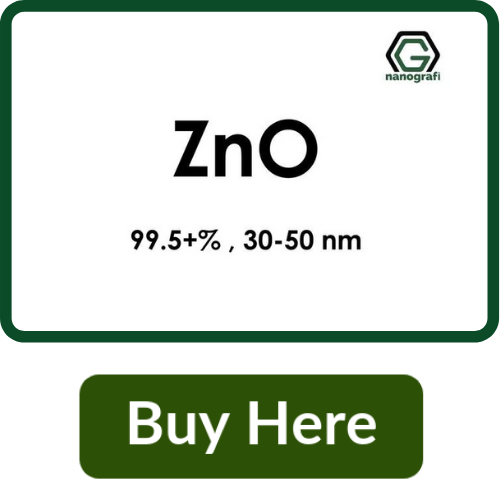 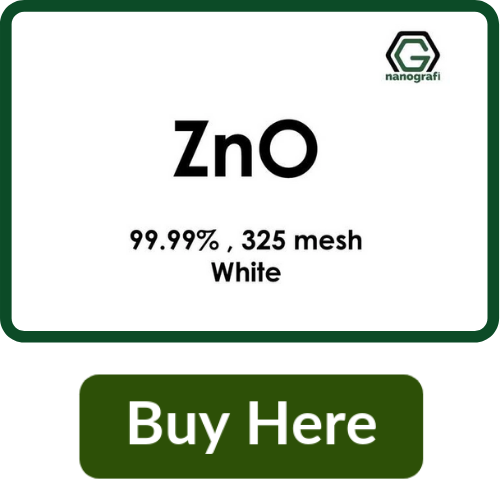