Carbon nanotubes (CNT) are the allotropes of carbon having a cylindrical nanostructure. Carbon nanotubes have two main types: Single wall Nanotubes (SWNT) and Multiwall carbon nanotube (MWNT). CNTs have extraordinary mechanical and electrical properties and thermal conductivity. Carbon Nanotubes have many other extraordinary properties also, due to which they are of great importance in sectors such as electronics, nanotechnology, optics, and many other sectors. Therefore, this article will discuss the properties, types, and potential of Carbon Nanotubes.

Carbon nanotubes were discovered in 1991 by S.Iijima in Japan. Using a very high-resolution transmission electron microscope, Iijima observed fullerene tubular structures in the soot produced in an arc discharge between two graphite electrodes.

These are needle-shaped carbon structures and each needle comprises coaxial tubes of graphitic sheets, or graphene, with the ends closed by hemispherical domes of structures similar to fullerene. During his work, Iijima found that the thinnest needle consisted of two concentric tubes, consisting of sheets of carbon hexagons, 0.34 nm apart. Among the synthesized tubes, the smaller one had a diameter of 2.2 nm, corresponding to a ring of thirty hexagons of carbon atoms. The closing units have pentagons that favor the curvature. Subsequent studies have shown that domes need not be conical or hemispherical but can form oblique structures.

The growth mechanisms of nanotubes are not yet fully understood; the only data that seems to be sure is that the formation of nanotubes is closely linked to the presence of nanometer-sized metal particles, which acts as promoters of the growth process.

During the growth of SWNT in high-temperature processes (laser or electric arc), the end of the tube remains open, and its closure causes the termination of the growth process.

For nanotubes produced by CVD, the most accredited theory is that the first stage of tube growth is the formation of a hemispherical layer of carbon on the surface of the catalyst. The carbon adsorbed on the free surface of the catalyst diffuses into the volume of the particle, passes through it, and once it arrives on the other side it "pushes" the cap to move away from the metal particle, forming the walls of the nanotube.

If, on the contrary, the operating conditions are unfavorable to the growth of the tube, the particle is covered by a series of concentric layers of carbon which give rise to the typical "onion" structure which is often found mixed with the nanotubes.

The debate on the growth mechanism of MWNTs, as for SWNTs, is still open. However, all theories agree on the basic aspect of the mechanism: carbon is adsorbed on the free surface of the catalyst and diffuses inside the particle to feed the growth of the tube. Starting from this scheme, there are countless possible variations: the particle can remain in its place and have the function of "base" for the growth of the tube or move away from the support, to which it remains connected through the tube (tip-growth mechanism). In the first case, the final result will be a tube closed by a carbon cap, in the second case, it will instead be closed by the catalyst particle (itself often covered with carbon).

CNTs are very resistant and hard. Research has shown that they can give rise to rigid elastic rods of very low density, having mechanical properties, for example, Young's modulus, and tensile strength. The rigidity and strength of CNTs are due to the sp2 hybridization of the carbon-carbon bond.

MWNTs produced by the arc discharge method, capable of providing almost perfect structures made of graphene cylinders, have better mechanical properties than SWNTs. Point defects may be present on the graphite sheets, but these can be removed by treatment at high temperature. However, defects can pile up and this can reduce the elastic modulus and tensile strength even by orders of magnitude. As proof of this, in various experiments on nanotubes synthesized with methods other than arc discharge, electrical conductivity values of about two orders of magnitude have been obtained lower than those of crystalline graphite at room temperature.

To carry out the characterization of the mechanical properties, it is generally necessary to control the growth of the nanotubes, both SWNT and MWNT, in particular, their length, diameter, and alignment. Young's modulus and tensile force are measured directly by subjecting to a stretch of a few millimeters bundles containing thousands of nanotubes: in practice, after fixing the beam from the ends, the deformation is measured as a function of the axial force applied. This is generally done by depositing a drop of the suspension containing the nanotubes on a membrane: the nanotubes spread over the pores and the attractive interaction that is established fixes the tubes to the substrate. The stress-strain curve is obtained through TEM, SEM and AFM observations of the profiles of the cross-sections of the pipes, from which the diameter, length, and deformation are then determined. Furthermore, to verify the number of broken pipes, at the same time, the measurement of electrical conductivity is used.

Regardless of graphite’s structural affinity, SWNTs can take on semiconductor or metallic behavior and it is dependent on how graphite is rolled up to form the nanotube cylinder. The direction of rolling and the diameter of the nanotube can be obtained from the pair of integers [n1, n2], which denote the type of tube. All SWNT armchairs have metallic behavior; those with n1 - n2 = 3k, where k ≠ 0, are semiconductors with a small bandgap; all others are semiconductors with a large bandgap.

Potential of Carbon Nanotubes Due to its Properties

Since the discovery of nanotubes by Iijima, numerous studies have been identified to determine their physical and chemical properties, both by experimenting directly on the samples and by using computer simulations. At the same time, the researchers are developing effective systems to be able to exploit these properties to function in practice.

The conductive properties of the nanotubes can be varied by "doping" them, or by inserting nitrogen and boron atoms into their structure. Among the most exciting results in this field is the realization of nanodiodes, formed by 2 nanotubes (a semiconductor and a conductor).

The dispersion of low concentrations of MWNT in polymeric matrices generates a substantial loss of surface electrical resistivity and an increase in conductivity. This is very useful if we consider that the polymers used in the production of electronic components are insulators and in them, the charge can accumulate with possible damages associated with the electrostatic discharge. The addition of carbon nanotubes allows obtaining polymers with high conductivity without modifying the other properties but preserves from degradation characteristics such as the mechanical properties and the low viscosity of the polymer in the molten state. Based on the polymer matrix, conductivity between 0.01 and 0.1 S/cm can be obtained with a charge of 5% of nanotubes, a value higher than the minimum necessary to dissipate the electrostatic charge.

The elongated shape and good electrical properties make the nanotubes almost ideal electron emitters. It is known that it is possible to extract electrons from a conductor by subjecting it to a remarkably high potential difference.

The mechanical resistance of CNTs is dependent on numerous factors, such as the strength of the atom-atom bonds of the construction material and the absence of connected defects in the crystal lattice. To break a nanotube it is needed to break all the carbon-carbon covalent bonds that make it up. A fiber made of carbon nanotubes would therefore not only be the most resistant ever made but certainly, the most resistant that is possible.

The insertion of nanotubes into a material, for example, polymeric could be used to enhance its resistance. The achievement of this result depends on the possibility of uniformly dispersing the nanotubes in the matrix, generating good nanotube-matrix adhesion to effectively transmit the effort, avoiding the sliding of the tubes concentrated in the MWNT and the SWNT bundles.

One application is the use of nanotubes for the construction of nanomachines. A group of researchers from the University of Berkeley managed to use an MWNT as if it were a telescopic tube, causing the innermost walls to come in and out several times. A nanotube of this type could be used as a "nano-spring" or "nano shock absorber" in a nanometer-sized machine.

Nanotubes are sensitive to the presence of strong electric fields. CNTs react to these fields by twisting up to 90 °C and resume their original structure with the interruption of the electric field, without being damaged. It is possible to bring a resonance as if they were the strings of a "nano guitar" by vibrating nanotubes, applying an oscillating electric field, and carefully checking the oscillation frequency. Experiments in this sense have shown that each CNT has its specific resonance frequency, and it depends on the diameter, length, and morphology. This property could be subjugated in numerous nanotechnology applications, for example for the formation of nanobalances that requires femtogram body weight checks.

Thus, carbon nanotubes are nanoparticles in which a tube made of carbon hexagons is closed at the end by two hemifullerenic caps. Carbon Nanotubes are of two types: Single Wall Carbon Nanotubes and Multi-Wall Carbon Nanotubes. It is believed that nanotubes can behave as insulating, semiconductor or metallic nanowires (they are capable of carrying 1000 times higher currents than copper cables without melting). They are mechanically much more resistant than traditional carbon fibers (they are 100 times stronger than steel, 2 times lighter than aluminum) and exceptionally flexible when subjected to distortions (they can be folded at large angles and then straightened without damage). It is also possible to introduce metals into the nanotubes. The major applications of Carbon Nanotubes include absorption of gases such as hydrogen or argon; field emission sources; high power electrochemical capacitors; detectors for scanning tunneling microscopes. 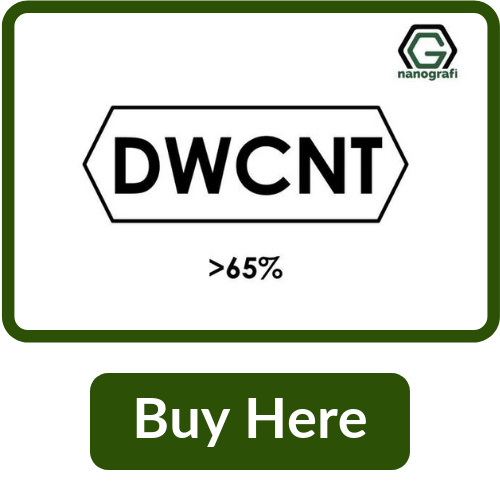 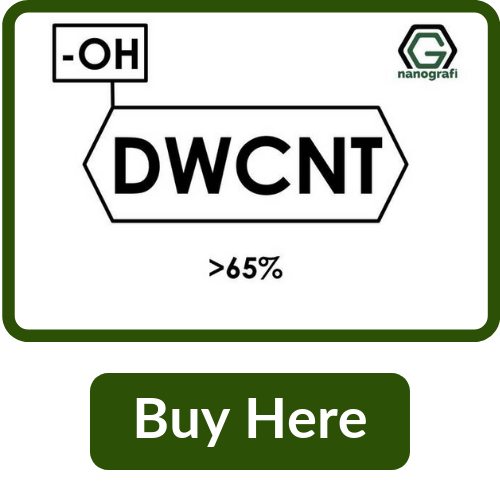 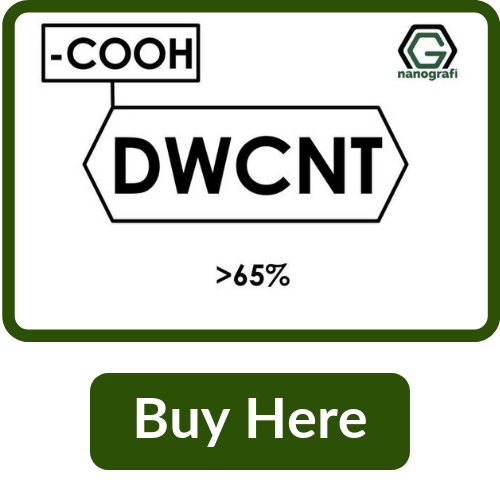 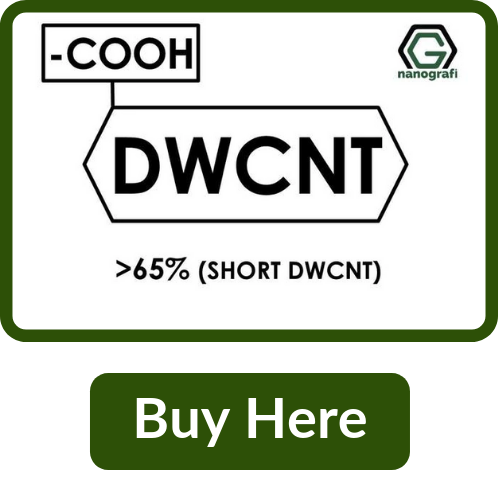