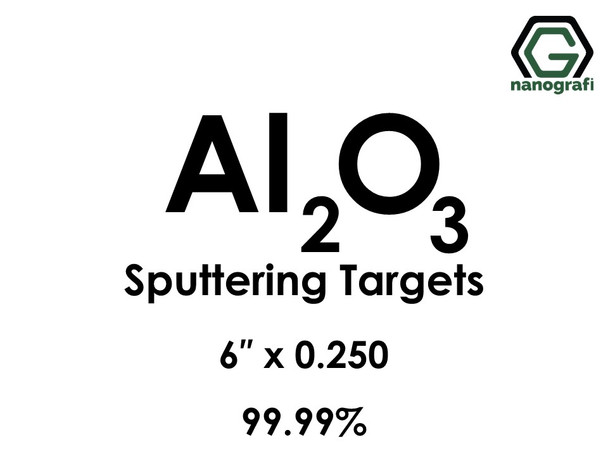 Aluminum oxide is a chemical compound of aluminium and oxygen with the chemical formula Al2O3. Al2O3 is significant in its use to produce
aluminium metal, as an abrasive owing to its hardness, and as a refractory material owing to its high melting point. Aluminum oxide thin films which can
be obtained by aluminum oxide sputtering targets are widely used in many mechanical, optical and microelectronic applications because of their excellent
properties, mechanical strength and hardness, transparency, high abrasion and corrosion resistance, as well as insulating and optical properties. All these
properties of aluminum oxide film depend on different parameters of sputtering system such as sputtering rate, distance between the target and substrate,
pressures of reactive gases etc.

As a summary Al2O3 has unique properties in terms of chemical inertness, mechanical strength and hardness, high abrasion and corrosion resistance,
as well as its high electrical breakdown field and high dielectric constant and thin films obtained by aluminum oxide sputtering targets have received
growing attention of researchers worldwide. To use aluminum oxide sputtering targets in your researches which is related to various mechanical and
microelectrical applications such as protective coatings, diffusion barriers, electronic seals, dielectric layers, optical layer, etc