Generally, silicon-on-insulator is a single-crystalline layer as thin as 10 nm sitting on an insulating material such as silicon oxide with extensive applications in high-speed integrated circuits, consumer electronics, especially mobile wireless applications and other hand-held devices.

Silicon is known to be used predominantly as a considerably abundant semiconductor material on earth crust (nearly 28%) and is relatively easy to be converted into highly pure singular crystalline material. Silicon is a metalloid with the melting and boiling point of 1414˚C and 3265˚C, respectively.

Elemental silicon along with the common silicon-containing compounds are categorized as non-toxic considering the fact that human body has a few milligrams of silica in 100 grams of its tissue. Silicon is a tetravalent blue-gray crystalline solid with semiconducting properties. Although Silicon is poorly reactive, it hadn’t been prepared until the early 1820s due to its high affinity to oxygen. Silicon is abundant in sands and dusts in various forms as silicates and silica (silicon dioxide) as well as Earth’s crust with most of it as silicate minerals.

Wafers, also known as slice of substrate, are thin layers of semiconductor applied mostly in integrated circuits fabrication and in photovoltaic cells and solar cell manufacturing. Wafers have a role as substrates for devices in microelectronic scales. In order to be applied, wafers undergo modifications including ion implantation, doping, thin film deposition and etching.

Properties and Specification of SOI Wafers

In an SOI wafer, the devices are constructed on a thin layer of silicon with a thickness ranging all the way from 10 nm to several micrometers coated on the silicon oxide insulating layer which depending on the application, can have a thickness of about 50 nm to 1 µm. The entire structure of an SOI wafer resides on a substrate which is basically mechanical such as typical silicon. However, silicon films on quartz and glass substrates are originally preferred in some specific application making it an application-oriented choice. The silicon oxide layer located between the mechanical silicon substrate and the active top silicon layer is referred as buried oxide (BOX). Despite other semiconductor materials, silicon remains stable at higher temperatures on which a perfectly designed passivating and insulating material like silicon oxide can subsequently be grown. In particular, the most promising electrical and chemical characteristics of thermally treated SiO2 might emerge as the most crucial factor that has made silicon the most successful and widely used semiconductor material. Metal-oxide semiconductors (MOS) transistors as classical silicon devices are built on the surface of silicon wafers as thin as 700 to 800 µm. Nevertheless, they don’t cover as much area as the top first micrometer at the surface of the silicon wafer with rest of the wafer serving as a mechanical support for the given devices and occasionally lead to some parasitic and unwanted interactions with the device 1.

Electrical interactions between substrates and devices could consequently result in a series of damaging and destructive parasitic effects. In addition, a bulky structure with conductive nature causes the dielectric isolation of neighboring independent components to run into episodes of parasitic activities. In fact, the basic concept behind the idea of SOI technology is to overcome these disadvantages using an electrically insulating thin layer deposited on a wafer surface. The deposition process involves through placing an SOI layer onto a wafer prepared from an insulating material or in a sandwich structure via isolating the device layer from the bulky silicon 2.

So far, SOI wafer fabrication techniques have focused on making a thin monocrystalline silicon film to be grown on top of an insulator with defect densities lower than the bulky material. The high thickness uniformity of SOI wafers depend on the threshold voltage applied to device layer which is regarded obligatory for most electronic applications. Additionally, high-quality silicon insulator interfaces are needed and the insulator itself is supposed to show appropriate electrical characteristics. Particularly in this case, hydrogenated silicon with amorphous crystalline structure is usually deposited as thin film on glass to be considered as a truly crude approximation of a silicon-insulator structure. Polysilicon layers recrystallization deposition onto a thermally prepared silicon oxide with laser, electron radiation and zone melting are the techniques that have been applied.

In earlier ages SOI devices were prepared using SOS (Silicon-On-Sapphire) wafers. However, the unique characteristic of modern age SOI wafers is the intercalation of silicon oxide (Buried Oxide or BOX) layer that extends all over the wafer component right below the surface layer single crystal silicon. Currently, SOI wafers are designed and fabricated using layer transfer technique which involves biding silicon wafer with decent quality to another silicon wafer with an insulating oxide layer on its surface layer. The resulting pair is split apart in order to leave a thin (based on the thickness of the wafer), device quality layer of single crystal silicon placed on the top layer of the oxide layer (to be called the BOX). In this technique, a thin layer of device-quality layer is transferred onto a thermally grown oxide layer located in a handle wafer. The layer transfer method leads to the development of a number of novel SOI wafer fabrication methods. The newly developed methods adopt a high dose of implantation by light species like hydrogen in combination with other steps to form a single weakened silicon layer that peels off the donor wafer making the layer transfer process possible 3.

SOI wafers are originally designed and fabricated to be used in electronics and devices with high-frequency. In addition to this, SOI wafers have found second important area of application as material to be applied in micromachining. The application of SOI substrates in electronic devices and electronics as a whole had been restricted niche markets like power devices, devices working at high temperatures and radiation-hard devices. The demand for mainstream integrated circuit (IC) design and fabrication on SOI wafers and substrates mainly originates from the possibility of saving power, increasing the speed of devices, reducing power consumption and extending the applicability of technology to future generation of devices. Silicon micromachining as the second field of application, takes the advantage of SOI wafers commercially which is regarded a convenient material in order to fabricate microbeams, cantilevers, membranes, cavities and seismic masses.

It could be claimed that after two decades of intense research and development, SOI wafer has emerged as a mature technology and the production of them in huge quantities for SOI circuits has become a trend in today technology and industries. The fact is SOI devices and wafers possess remarkable advantages in terms of circuits data transmitting speed and are basically compatible with the low-voltage circuits fabrication for portable applications and devices. 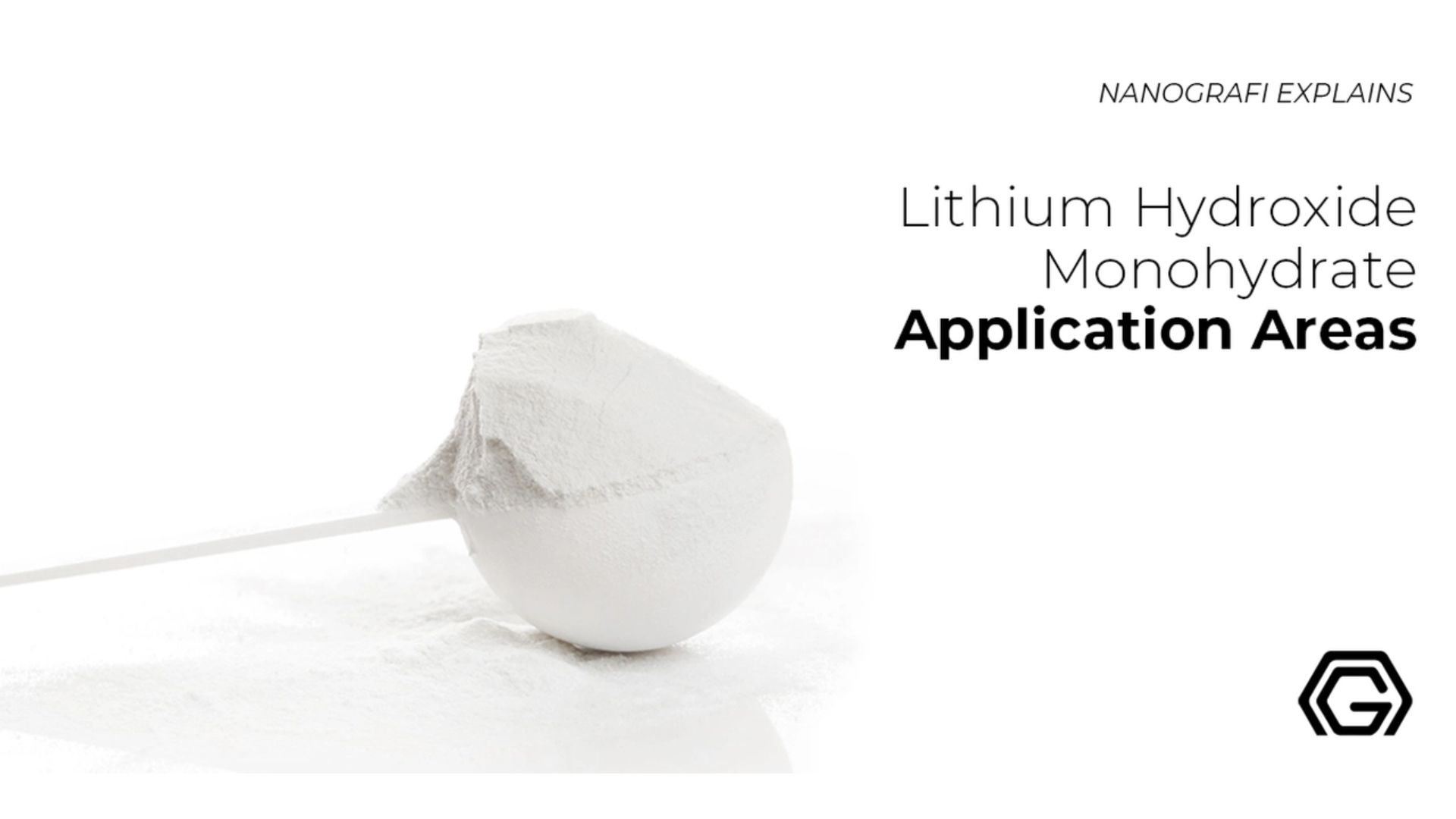 If you are interested in the application areas of lithium hydroxide monohydrate,

The Czochralski technique is the most common and efficient method applied to produce bulk single crystals of a broad range of optical and electronic materials. In this technique, a given raw material as a feedstock is place in a crucible container shaped like a cylinder and melted by resistance and radio frequency heaters. When the feeding material is molten completely, a crystal as the seed with the diameter of a few millimeters is added from the top of the cylinder to molten surface of the feedstock where a small amount of the seed is melted. Later on, the seed is gradually withdrawn from the molten feedstock through rotation by which the seed starts to crystallize at the interface via forming a new crystalline portion. In the course of growth process, the morphology of the crystal like the size and diameter are controlled accurately through optimizing the heating power, the rate at which the crystal is withdrawn and the rate of rotation of the crystals. Generally, Czochralski method is a technology of crystal growth that is done through inserting a small seed crystal into a molten feedstock with the consecutive pulling the seed upwards 1.

The fabrication of Czochralski silicon wafer involves melting semiconductor-grade and highly pure silicon at 1425°C in a crucible container made of quartz. Atomic boron or phosphorus are added to a container with molten silicon as dopant impurities in order to process the silicon through converting it into a p-type or n-type silicon with distinct electronic properties. Later, a seed crystal that is precisely oriented is dipped into the molten mixture of silicon and boron and phosphorus atoms. In the next step, the seed crystals are slowly and precisely pulled out and rotated simultaneously. The speed at which rotation is done and pulling rate as well as precise controlling of the gradients temperature, extracting single-crystal and large cylindrical ingot from the molten mixture becomes more feasible. If the temperature and the velocity of fields in the course of the crystal growth process is investigated and visualized perfectly and accurately, the occurrence of accidental instabilities in the melting process can be avoided. To do so, the preparation process is better to be carried out under an inert atmosphere such as argon and in a quartz chamber 2.

Qualities and Standards of Cz-Si Wafers

The Cz-Si wafers properties and characters such as electrical chemical surface features and mechanical have be taken into account in order to meet the standards and requirements of silicon wafer technology. In this order, properties namely flatness, size of Cz-Si wafers, thickness, shape and morphology, orientation notches, impurity and cracks have to be evaluated precisely. Cz-Si wafer are usually flat with the thickness of 1 to 3 macrons depending on its application. With a diameter of 300 millimeters, the size of the Cz-Si wafers has been increasing based on standards of the applications they are applied in. In fact, a wafer with a bigger size has to be thicker. Nevertheless, if an increased thickness is needed for a particular application, the increase has to be smaller than the diameter of the wafer. Czochralski silicon wafers are generally circular with rectangular and square dies. In some cases, the Czochralski Silicon wafers might contain a number of notches to give some detail information about the wafer. The wafer smaller than 4 inches possess two notches at distinct points suggesting the type of the semiconductor as well as the orientation of their crystallographic surface. On the contrary when their diameters go beyond 4 inches, they adopt one notch only. Generally, Czochralski Silicon wafers aren’t completely pure silicon and contain impurities like boron, arsenic, antimony and phosphorus atoms mostly used for categorizing as n-type or p-type. There's a point that are Czochralski Silicon wafers must have no damage and be practically smooth to be considered a qualified product with higher performance. This means the diamond have to be removed prior to use.

Up to this point, numerous applications have been introduced for Czochralski Silicon wafers namely semiconductor fabrication smartphones and computers, manufacturing home appliances and solar cells, aerospace technology and integrated circuits, sensor devices, electronic components, transistors, microchips and calibrating instruments. Czochralski silicon wafers application in semiconductor technology mainly originates from the Silicon property as the most common semiconductor based on its mobility at low and elevated temperatures.

Thanks to Silicon semiconductors, electrical currents could be transmitted faster in comparison to other conductors. Silicon has been extensively used in manufacturing microchips in electronics. Therefore, silicon wafers are widely applied in computer and smartphones Industries. The fabrication process of silicon wafers is considered a crucial factor in developing relevant technologies. Another important use of Czochralski silicon wafers as semiconductors is in solar cells. The discs out of silicon in solar cells are the source of energy in telecommunication devices, rooftop solar panels, calculators and other devices. There is a fact that pure silicon is an important component of solar cells as they are a major element in their production. Technically, solar panels are made of silicon semiconductors covered by metallic protective layers. Silicon wafers in solar cells are sliced from ingot with the consecutive doping as well anti-reflecting coatings used to cover silicon wafer in order to decrease their exposure of sunlight 3.