Electrodes are the electrical conductors which are responsible for building up the nonmetallic part of a circuit. These may include a semiconductor, a vacuum, or air. Electrodes are the most integral part of a battery and are built up with a huge variety of materials all of which vary from battery to battery.

The two basic types of electrodes are cathodes and anodes. Cathodes are responsible for carrying out the negative charges while anodes are responsible for carrying out the positive charges. A battery is made fully functioned by the proper functioning of these electrodes however when conductive carbon agents get involved, they also keep the battery functioning in a rather better way.

An electrode is an electric conductor which holds the responsibility of forming contact with nonmetallic parts of a circuit which may include semiconductors, electrolytes, and vacuum. These are an integral part of a battery and can consist of different types of materials that solely depend upon the battery. Electrophore is known as the earliest version of an electrode which was introduced by Johan Wilcke so that static electricity can be studied.

Anode and Cathode in Electrochemical Cells

As discussed earlier, electrodes are the most important part of any type of battery. The world's first electrochemical battery was known as the voltaic cell which was invented by Alessandro Volta and was probably named after him. This voltaic cell consisted of copper and zinc electrodes which were rather differentiated by the paper disks soaked in brine. Fluctuations were observed in the voltage that was being provided by the voltaic cell so it did not prove to be very practical.

However, the very first practical battery was known as the Daniell cell named after John Frederic Daniell who invented it in 1839 while using zinc and copper electrodes as a combination to inculcate the proper functioning of the Daniell cell. After that a lot of batteries have come into existence by the use of different types of materials however all these batteries are still being functioned on the basis of two electrodes, divided into two categories, anodes, and cathodes.

An anode is an electrode that is responsible for the transferring of conventional current from the electrical circuit into the non-metallic cell. Electrons are then moved to the other side of the battery. The Discovery of the electron is made first and the flow of current is discovered later on which differentiates the flow of current and electrons.

A cathode is the positive electrode and is in most ways the exact opposite of an anode. This means that the electrons will flow from the electrical circuit into the non-metallic part of the electrochemical cell. However, unlike the anode, the reaction that takes place at the cathode is known as the reduction reaction and is thus absorbed by the oxidizing agent. The cathode is equally important for the proper functioning of a battery just like the anode is because both of these go hand in hand and if the functioning of one alters, the entire battery gets affected.

Primary cells are the batteries that are built to be utilized for only one time and they then get discarded. The reason is that the electrochemical reactions which happen to be at electrodes are certainly not reversible. The most basic example of a primary cell is known as the discardable alkaline battery which is most commonly used in flashlights. In these cells, zinc is used as an anode and manganese oxide is used as a cathode as a result of which the formation of ZnO takes place.

Following are the half-reactions that take place:

Whereas the overall reaction is as following:

ZnO has a common feature of clumping and if it is recharged again, it gives out a rather less efficient discharge. The possibility of charging these batteries is present but keeping in mind the safety measures, it is advised to not go for it which is advised by the manufacturer. There are other primary cells as well which are known as zinc-carbon, zinc-chloride, and lithium iron disulfide batteries.

Secondary cells are the opposite of primary cells and thus can be recharged. The first secondary cell to ever exist was invented in 19859 by a French named Gaston Plante and was known as the lead-acid battery. These types of batteries are the most used batteries even in today's world as well including automobiles too. The cathode of these batteries is made up of lead dioxide (PbO2) whereas the anode is made up of solid lead. There are a lot of other rechargeable batteries as well which take part in building up the industries and markets where lithium-ion batteries are the most used and common ones.

All the constituents of an electrode are mixed in a solvent. The context of this mixture is prepared in such a way that the electrodes and their performances are enhanced and their components are as follows:

This mixture that is formed is known as the electrode slurry. 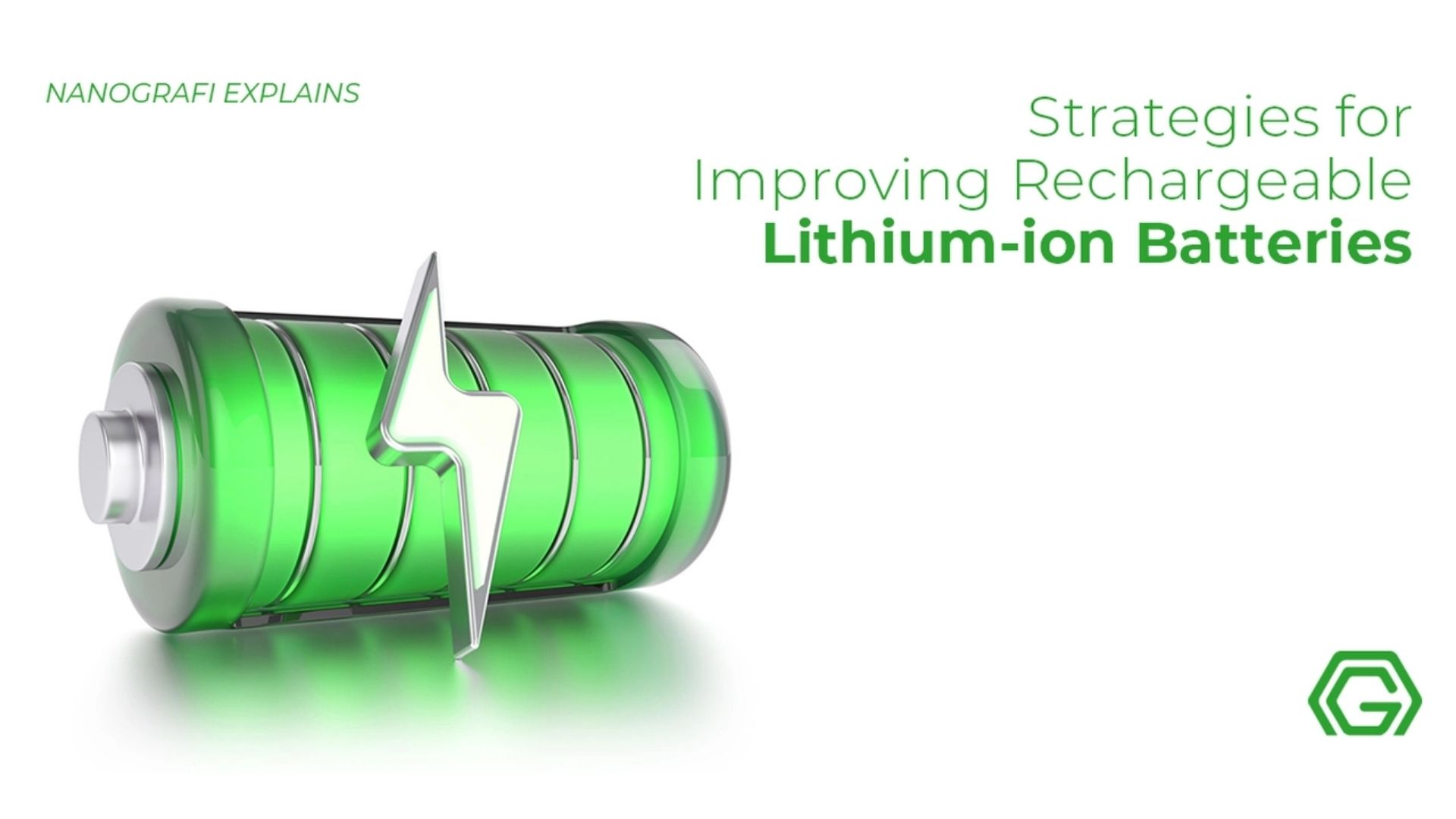 To get more information about Rechargeable Lithium-Ion Batteries,

Structure of the Electrode

Modern applications of electrodes can be found in lithium-ion batteries. Lithium-ion batteries are a prime example of a secondary cell as it is a rechargeable form of battery. It has the capability of acting as an electrolytic as well as a galvanic cell. In these batteries, lithium ions take the place of solute in the electrolyte which then gets dissolved in the organic solvent. The first study of lithium electrodes was conducted in 1913.

The cathode present in li-ion batteries consists of an intercalated lithium compound which is a layered material is having multiple layers of molecules which are made up of lithium and some other elements. One of the most common elements which are responsible for making up the most molecules is cobalt and the other one is manganese. However, a major portion of this selection depends upon the type of battery involved and how the battery makes it work as the elements involved get adapted by the battery.

Characteristics of the Electrode cell

In a 3-electrode cell, an auxiliary electrode, which is also known as a counter electrode; is only utilized for making a connection with the electrolyte so that one can apply current to the working electrode. Usually, an inert material like graphite or noble metal makes up the counter electrode as it keeps it from being dissolved.

Lithium-ion batteries, also known as Li-ion batteries, when compared to the other rechargeable batteries like Ni-MH batteries, Ni-Cd batteries, and lead-acid batteries, possess long cyclic life, high energy density, and high voltage. Thus, the eyes of various researchers have been attracted to it and that's why since their birth in the early 1990s, they have developed very fast. There has been a fast expansion of the lithium batteries industry, as they are displaying the portable battery industry's largest segment now and dominating the camera power source industry, cell phone, and computer. Large-scale Li-ion batteries for EV (electric vehicles) or HEV (hybrid electric vehicles) are now on the market. In 2009s end, BYD E6 EV showed up on the market when it loaded large-scale lithium-ion batteries according to the reports.

Visually known as the rocking chair batteries, the Li-ion batteries work on a principle that can be explained as follows. The lithium ions break away from the cathode when they charge, then they settle in the anode by flowing through the electrolyte, however, the electrons that are made from the movement of the lithium ions, go through the external circuit. The electrons and the lithium ions move in opposite directions when they discharge. Therefore, the flow of both the electrons and the lithium ions should be allowed by the Li-ion batteries' electrode system. It should also be an excellent electronic conductor and an ionic conductor. Usually, the cathode active materials are micro-sized materials that possess low electronic conductivity in 10-3~10-9 Scm-1 range. 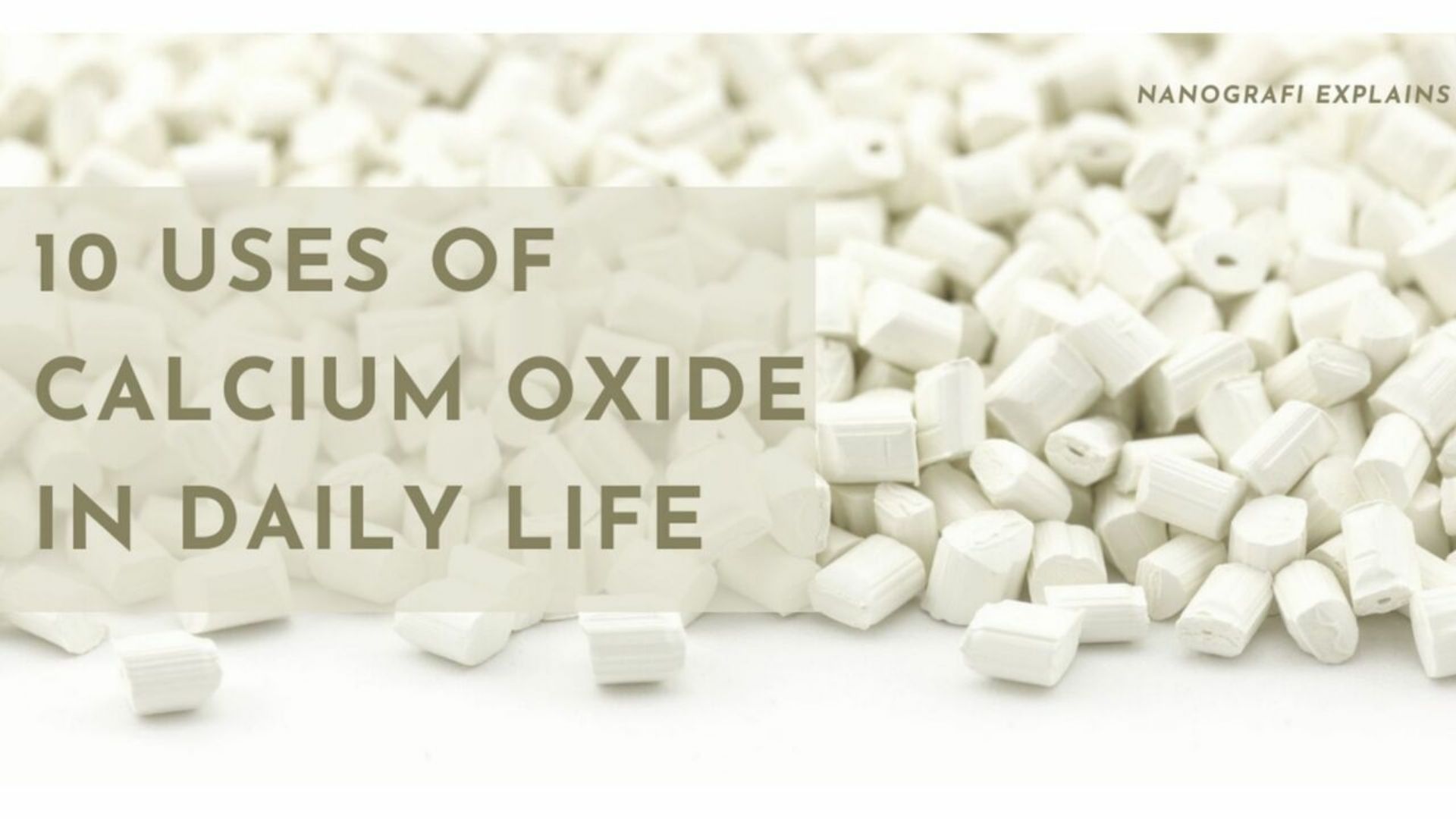 To get more information about 10 Uses of Calcium Oxide in Daily Life,

Conductive additives in the Cathode

High ionic and electronic conduction should be possessed by the lithium-ion batteries' ideal cathode. The cathode's electronic conductance determines the electronic conduction. The ionic diffusibility determines the ionic conduction as it is related closely to the pores that are present in the cathode. The electrolyte solution can be absorbed and retained by the porous structure, particularly mesoporous structure, enabling an intimate contact between the cathode active material and the lithium ions. Moreover, during the charge and discharge cycles, there is repeated expanding and shrinking of the cathode active materials. Thus, another conductive additive's role is in keeping the constant conductance during the charge-discharge cycles.

Only one conducting material is contained by the single conductive additives. Fiber-like carbon and particulate carbon are included in them. Graphite, Super P, acetylene black, and carbon black are mainly included in the particulate carbon. Spherical primary particles are possessed by all of them. They form conducting networks that are dominated by the interparticle resistance’s degree which is determined by the interparticle contact’s degree.

Mainly carbon nanotubes and carbon fibers are included in the fiber-like carbon. Fiber-like carbons are tubes or fibers with over 100 the high aspect ratio. They form the conducting networks that are less sensitive toward inter-particle contact. High-aspect ratio additives are more effective to increase complete electronic conductivity for a given volume fraction. However, as compared to the particulate carbon, usually the fiber-like carbon is way more expensive. Therefore, in the Li-ion batteries, a conventional conductive additive is the particulate carbon.

Multiple conductive additives made of a first conductor are used by Cheon et al. with a specific surface area from around 200-1500 m2 g-1 and a second conductor with 100 m2 g-1 or less of a specific surface area. High energy density and low resistance are possessed by the composite cathode. Mesoporous carbon-containing multiple conductive additives are used by Zhang et al. for enhancing the LiCoO2 composite cathode's electrochemical performance.

It was indicated by the results that as compared to the electrochemical performance of the cathode that was loaded with AB, the electrochemical performance (including the total internal resistance, the discharge voltage, and the discharge capacity) of multiple conductive additives loaded LiCoO2 composite cathode was better. Absorption and retention of the electrolyte solution by the mesoporous solution is the only possible mechanism, as it makes an interesting contact between the LiCoO2’s cathode active material and lithium ions because of its large mesopore-specific surface area.

Conductive additives in the Anode

A larger expansion ratio and higher capacity are possessed by the other active materials like metal alloy and silicon. Conductive additives are also needed for keeping their electrochemical performances. Usually, some discharged capacity is possessed by the conductive additives. Discharged capacity can be improved by them along with the anode active material.

The electrochemical performance of the graphitized mesophase carbon fiber (MCF) loaded with three particulate carbons like Ketjen Black, AB and GP were compared by Takamura et al. According to the results, the major factor to achieve a reliable anode of the lithium-ion secondary batteries for usage on a high rate is particulate carbon's dispersion in the anode. Anode performance enhancement because of the particulate carbon loading includes: (1) Increased anode active materials’ utilization efficiency, (2) increasing of the discharge rate, (3) increasing initial irreversible capacity to a huge extent, and (4) excellent increase of the cyclic life.

Conductive carbon agents which are responsible for the proper functioning of electrodes play a huge and integral role in the proper functioning of an entire battery because when electrodes function properly then automatically the performance of a battery is enhanced as well which in return increases the production and applications of those batteries. All the researches are proof of this owing to the excellent properties and applications of the conductive carbon agents.