Silver is a chemical element having the symbol Ag and atomic number 47.

It is a soft, white, lustrous transition metal, it exhibits the highest electrical conductivity, thermal conductivity, and reflectivity of any metal. The metal is found in the Earth's crust in the pure, free elemental form ("native silver"), as an alloy with gold and other metals, and in minerals such as argentite and chlorargyrite.

Most of the silver element is produced as a by-product of copper, gold, lead, and zinc refining. Silver is similar in its physical and chemical properties to its two vertical neighbors in group 11 of the periodic table, copper and gold. Its 47 electrons are arranged in the configuration [Kr]4d105s1, similarly to copper ([Ar]3d104s1) and gold ([Xe]4f145d106s1); group 11 is one of the few groups in the d-block which has a completely consistent set of electron configurations. This distinctive electron configuration, with a single electron in the highest occupied s subshell over a filled d subshell, accounts for many of the singular properties of metallic silver.

An Overview of Silver

Silver is a soft, white metal with a shiny surface. It is the most ductile and most malleable metal. Ductile means capable of being drawn into thin wires and malleable means capable of being hammered into thin sheets. Silver has two other unique properties. It conducts heat and electricity better than any other element. It also reflects light very well. Silver's melting point is 961.5°C (1762°F) and its boiling point is about 2000 to 2200°C (3600 to 4000°F). Its density is 10.49 grams per cubic centimeter.

Naturally occurring silver is composed of two stable isotopes, 107Ag and 109Ag, with 107Ag being slightly more abundant (51.839% natural abundance). This almost equal abundance is rare in the periodic table. The atomic weight is 107.8682, this value is important because of the importance of silver compounds, particularly halides, in gravimetric analysis. Both isotopes of silver are produced in stars via the s-process (slow neutron capture), as well as in supernovas via the r-process (rapid neutron capture).

Silver can be obtained from pure deposits as well as from silver ores such as horn silver and argentite. It can also be obtained as a by-product along with deposits of ores containing gold, copper, or lead. It does not oxidize in air however it reacts with hydrogen sulfide in the air, causing the metal to tarnish due to the formation of silver sulfide. Hence silver products require regular cleaning, it is stable in water.

Together with gold and the platinum-group metals, silver is one of the so-called precious metals. Because of its comparative scarcity, brilliant white color, malleability, ductility, and resistance to atmospheric oxidation, silver has long been used in the manufacture of coins, ornaments, and jewelry. Silver has the highest known electrical and thermal conductivity of all metals and is used in fabricating printed electrical circuits and as a vapor-deposited coating for electronic conductors; it is also alloyed with such elements as nickel or palladium for use in electrical contacts. Silver also finds use as a catalyst for its unique ability to convert ethylene to ethylene oxide, which is a precursor of many organic compounds. Silver is one of the noblest that is, least chemically reactive of the transition elements.

Silver has a brilliant white metallic luster that can take a high polish, and which is so characteristic that the name of the metal itself has become a color name. Unlike copper and gold, the energy required to excite an electron from the filled d band to the s-p conduction band in silver is large enough (around 385 kJ/mol) that it no longer corresponds to absorption in the visible region of the spectrum, but rather in the ultraviolet; hence silver is not a colored metal. Protected silver has greater optical reflectivity than aluminum at all wavelengths longer than ~450 nm. At wavelengths shorter than 450 nm, silver's reflectivity is inferior to that of aluminum and drops to zero near 310 nm.

Silver nanoparticles (AgNPs) are intensively investigated for their superior physical, chemical, and biological properties. A proper knowledge of these properties is essential to maximizing the potential applications of AgNPs in several areas while minimizing their risks to humans and the environment. Generally, AgNPs can be synthesized using three methods, namely physical, chemical, and biological, and the related works as well as their numerous advantages and disadvantages. In addition, AgNPs can be potentially explored for various applications. Future challenges on AgNP synthesis, their release into the environment, and scaling up production, as presented in the review, suggest that several potential topics for future works are available to promote a safer and more efficient use of these nanoparticles. 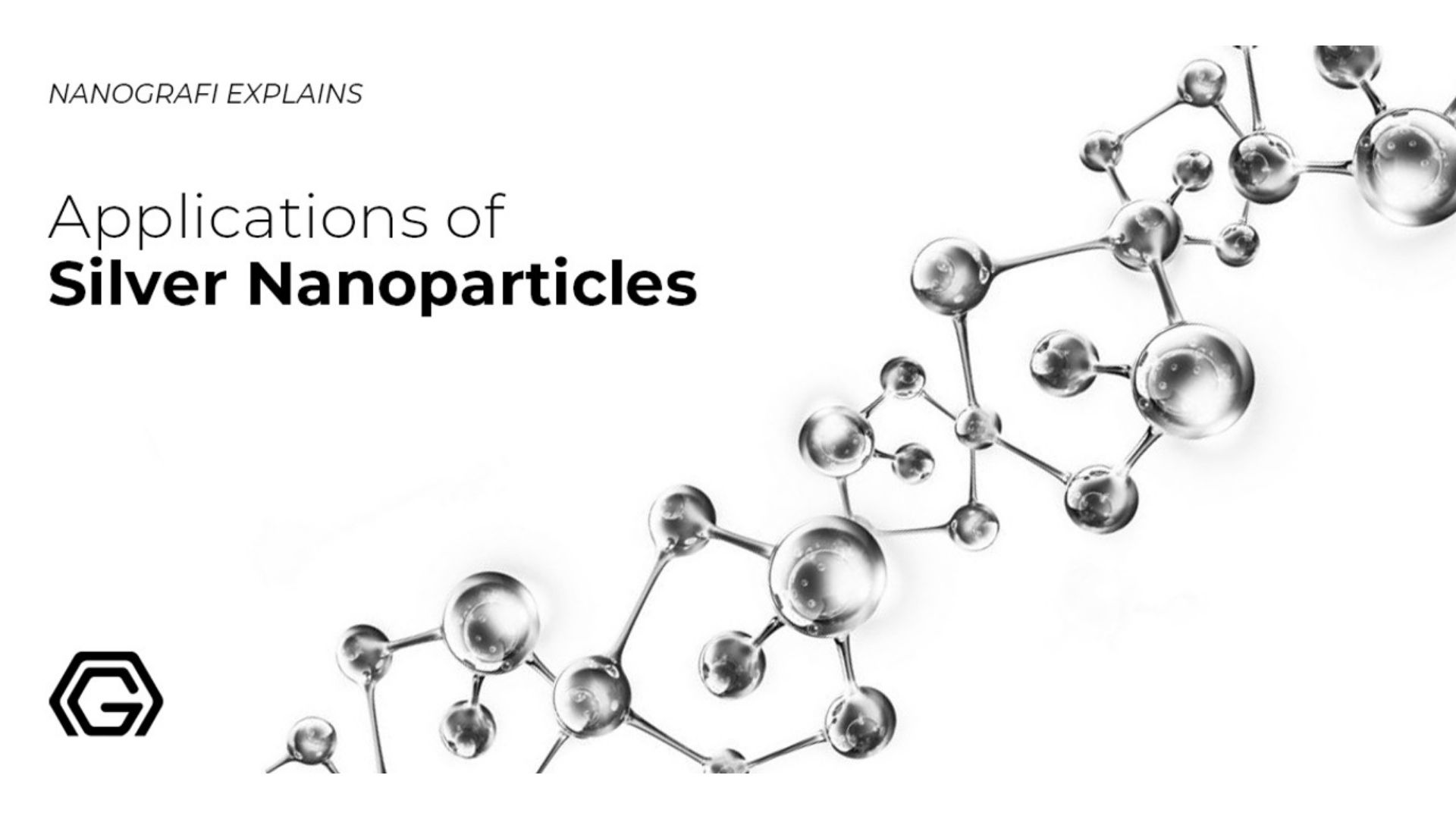 To get more information about the applications of silver nanoparticles,

Most of the silver produced worldwide from silver ores is extracted by the cyanidation process. The recovery of the precious metals involves two distinct operations - the oxidative dissolution of silver by an alkaline cyanide solution NaCN or KCN in Oxygen, and the reductive precipitation of metals from the solution by reducing or using anionites. Another method is amalgamation process of silver recovery in which the ore is passed over a surface of liquid Mercury and chlorides to form an amalgam that is subjected to fire-refining processes for the recovery of the silver.

Silver is also recovered during electrolytic refining in AgNO3 solution with silver precipitation on cathode is commercially applied. Fine silver contains at least 99.9% silver. Purities of 99.999 are available.

At the beginning, the manufacture of silver from its ores was developed in to three main divisions - amalgamation, employed in countries where fuel is scarce; lixiviation; smelting, the metal being subsequently separated from metallic lead or copper.

The major use of silver besides coinage throughout most of history was in the manufacture of jewellery and other general-use items, and this continues to be a major use today. Examples include table silver for cutlery, for which silver is highly suited due to its antibacterial properties.

Because pure silver is very soft, most silver used for these purposes are alloyed with copper.The alloys of silver have many commercial uses. Sterling silver (92.5% silver, with copper or other metals) is used for silverware and jewelry. Silver is used in photography, dental compounds, solder, brazing, electrical contacts, batteries, mirrors, and printed circuits. Freshly deposited silver is the best-known reflector of visible light, but it rapidly tarnishes and loses its reflectance.

Silver has antibacterial properties and silver nanoparticles are used in clothing to prevent bacteria from digesting sweat and forming unpleasant odors. Silver threads are woven into the fingertips of gloves so that they can be used with touchscreen phones.

Silver is very important in electronics for conductors and electrodes on account of its high electrical conductivity even when tarnished. Bulk silver and silver foils were used to make vacuum tubes and continue to be used today in the manufacture of semiconductor devices, circuits, and their components. For example, silver is used in high quality connectors for RF, VHF, and higher frequencies, particularly in tuned circuits such as cavity filters.

Silver is useful in the manufacture of chemical equipment on account of its low chemical reactivity, high thermal conductivity, and being easily workable. Silver crucibles are used for carrying out alkaline fusion.

Silver metal is a good catalyst for oxidation reactions; in fact it is somewhat too good for most purposes, as finely divided silver tends to result in complete oxidation of organic substances to carbon dioxide and water, and hence coarser-grained silver tends to be used instead.

In the future, silver will likely continue to be used for special industrial applications, as well as for consumer items, such as jewelry and silverware. In addition to these traditional uses, the value of silver will also depend on new uses for the metal. For example, using silver as a sanitizing agent is currently under development. Manufacturers have hustled in response to studies by the Atlanta-based Center for Disease Control that many viruses, including those linked to Acquired Immunodeficiency Syndrome (AIDS), will survive briefly outside an individual in fluids deposited on surfaces of plastic products, such as telephones.

Silver is a mildly toxic element. When the metal or its compounds get on the skin, they can cause a bluish appearance known as argyria or argyrosis. Breathing in silver dust can have serious long-term health effects also.