Lithium which is chemically and periodically written as Li is one of the most efficient and authentic elements of the periodic table.

It has some variant characteristics and properties which allow it to be transformed into different sizes, shapes, and categories. The most basic and renowned use of lithium is in the batteries and battery materials. Lithium provides stability, structure, and enhancement of the working mechanics to everything that it is a part of that is why in current times its use and production have readily increased. The way lithium provides credibility to the batteries is remarkable and profoundly very unique in its own capacity.

Having metallic lithium as an anode, the lithium batteries are primary batteries. Such batteries are known as lithium-metal batteries too. Due to their high cost per unit, long life, and high charge density, they are different from other batteries. The voltage from 1.5 V to approximately 3.7 V can be produced from the lithium cells, it depends on the chemical compounds and the design that’s used.

The difference should be made between disposable primary lithium batteries and secondary Li-ion or a lithium-polymer, known as the batteries that are rechargeable. Lithium is beneficial as the ions move between the cathode and anode. As the material for the cathode, an intercalated lithium compound is used but the lithium metal is not used as the material for the anode. Air's moisture and water will react with pure lithium, instantly. In Li-ion batteries, lithium is inside a less reactive compound.

In portable consumer electronic devices and electric vehicles, for instance, radio-controlled toys and full-sized vehicles, lithium batteries are used broadly. Metallic lithium as an anode, and electrolytes and cathodes of many types, are possessed by a lithium battery which is a family of various Li-metal chemistries. 0.15 to 0.3 kg of lithium per kWh is required by the battery. A charged cathode is used by these primary systems. The cathode is gradually filled during discharge because of being an electro-active material with crystallographic vacancies.

In the periodic table, the first of the alkali is lithium. Isotopes mixture Li7 and Li6, are found in nature. Being reactive, and having a low melting point, lithium is silvery-white, soft and the lightest solid metal ever. Many of lithium's chemical and physical characteristics are the same as the alkaline earth metals as compared to the metals of its own group.

Lithium’s major characteristics are, its extremely low density, low viscosity, high thermic conductivity, high specific heat, and in the state of liquid there is a huge temperature interval. In hydrocarbons, it is insoluble, whereas, in short-chain aliphatic amines, the metallic lithium is soluble.

Critical, long-life devices like pacemakers and electronic medical devices that are implantable have many applications for lithium batteries. Specialized lithium-iodide batteries, which are made for lasting more than 15 years, is used by these devices. Although in toys, as it is a less serious application, the Lithium battery may last more than the device. Cases like these lead the lithium battery to not being cost-effective.

In various devices, for instance, cameras and clocks, instead of ordinary alkaline cells, lithium batteries are capable of being used. Lithium cells help the battery in lasting more, resulting in less need of replacing the battery frequently, despite being more expensive. Before using the higher voltage (made by lithium cells) as a drop-in replacement in such devices that use the zinc cells normally.

Also, in oceanographic applications, lithium batteries are proved valuable. Despite the price of lithium battery packs being more as compared to the standard oceanographic packs, three times more capacity is held by them. The expensive cost is justified by the high price of servicing remote oceanographic instrumentation (by ships).

Devices like digital cameras and others have heavy requirements that can be supported easily by lithium batteries particularly, making lithium batteries an extremely attractive option. They keep the higher voltage for more time as compared to alkaline cells.

An energy supply that is consistent and is able of being stabilized and meeting modern society's huge energy requirements is one of the greatest challenges.

It was revealed by facts that there is no energy crisis right now in terms of reduction in total resources. For example, in the crust of Earth, there is enough coal to produce a hundred years of electricity. Although, if we keep using it like we are using it now, it will bring catastrophic climatological effects. In terms of crude oil, we already are way beyond peak production.

So, in the future, a shortage of oil looks inevitable, making it very important to lessen our oil usage for propulsion purposes by making some very effective and efficient electric vehicles (EVs). 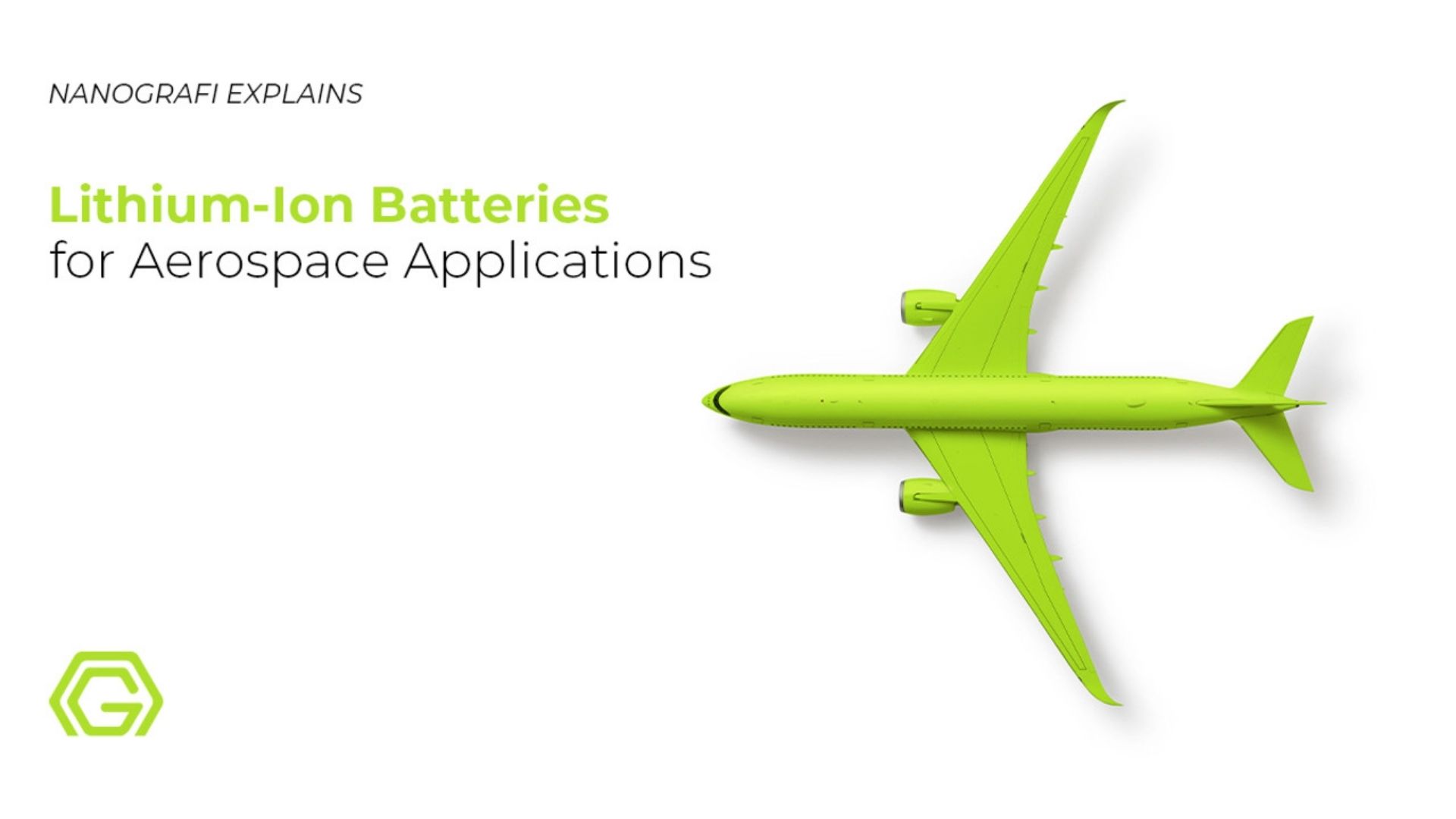 To get more information about the applications of lithium-ion batteries,

High energy density devices that store energy, maintain appropriate speeds, and provide a reasonable driving range between the charges, are required by the EV applications. Acceptable features of safety and high power density are other significant and major demands. Another serious challenge is faced by the energy storage field, which is rechargeable system’s development for applications of leveling the load (storage of wind and solar energy, and lessening the considerable wasted electricity from the conventional fossil fuel combustion plants). The major demands here are, an extremely long life-cycle, components (relevant elements) which are easily found in huge quantity in the crust of the Earth and in environmentally friendly systems.

H2/O2 fuel cell (FC) is the non-petroleum power source, having the highest energy density, even for electrical propulsion. Although, there have been developments recently in the field by there are some inner complications related to electrocatalysis in the FCs and the hydrogen storage which requires a lot of time to be solved. Therefore, in near future, for EVs, the power source that’s most practically viable are the rechargeable batteries because, in comparison with other battery technologies that are available today, the requirements of EV applications can be met by Lithium-ion batteries only as it has the suitable energy and power densities. Powering all of today's portable electronic equipment, the lithium-ion batteries have a LiCoO2 cathode (3.6V system) and a graphite anode. In single cells, the Li-ion batteries can reach 150 W h kg1 practical energy density.

Because of problematic safety features (for multi-cell and large modules) and limited life cycle (at higher temperatures particularly), this battery technology isn’t very beneficial for EV applications. Right now, in the hybrid EV field, developments are taking place, including the practical ones where an electrical motor and batteries drive only part of the car's propulsion, but, the battery community main goal is being able to make full EV applications, making the need for developing Lithium-ion batteries much necessary with higher energy densities than practical art-state. The components of lithium-ion batteries never reached thermodynamic stability, making the Lithium-ion batteries, complicated devices. These systems have an extremely complicated surface chemistry, which continues to influence their performance.

Except for 1.5 V systems, like LiTiOx anodes, all electrodes are surface-film controlled (SFC) systems. At the anode side, in Lithium ions presence, all conventional electrolyte systems can be lessened below 1.5 V, therefore making insoluble Lithium-ion salts, which comprises particle’s passivating surface layer referred to as the solid electrolyte interphase (SEI). The cathode side is less trivial. At below 4V potentials, alkyl carbonates are capable of being oxidized. On composite electrodes and passivated aluminum current collectors (AI CC), these reactions are inhibited. On the surface of the cathode, the chemistry is very rich. Nucleophilic oxygen anions in the lithiated state, in the cathode particle’s surface layer, attacks electrophilic RO (CO) OR solvents, making various surface components’ combinations (for instance ROM, ROLi, ROCO2M, ROCO2Li, etc.), which is determined by the electrolytes that are used.

Polycarbonates are formed as the result of the solvent molecule’s polymerization, for instance, EC by cationic stimulation. Surface inactive LixMOy phases are formed by transition metal cation’s dissolution. The negative electrode’s passivation is destroyed by the precipitation on the anode side. Inactive LiMOy is formed by the red-ox reactions with solution species, the transition metal M being at the lower oxidation state. Because of the reactions with CO2 in the air, the LiMOy compounds are de-lithiated instinctively. In LiPF6 solutions (water, trace HF), the Acid-base reactions occur, which are utilized in the lithium-ion batteries.

Also, the performance of LiCoO2 is influenced by its rich surface chemistry. The LiCoO2 electrodes are stabilized by the presence of the Co2+ ions in the solution, making it interestingly self-limiting. Although, on the negative electrodes, Co metal deposits, therefore, destroying their passivation. Thus, the surface chemistry of the electrodes determines various electrode’s performance. As compared to bulk studies, more ambiguous results are provided by the surface studies, that’s why still, there are numerous queries related to the Lithium-ion battery system’s surface chemistry. Thus, for lithium-ion batteries, proper R&D of advanced materials include possible reflections between the cathode and the anode, electrode-solution interactions, and bulk structural and performance studies.

The techniques that are required to be used in these studies are surface sensitive analytical techniques (X-ray based spectroscopies, Raman, XPS, FTIR, NMR, and SS) and most advanced electrochemical structural (HR microscopy, XRD), spectroscopic. In this article. a review has been done on the study of anode materials, current collectors, electrolyte systems, advanced materials, and finally, the advanced materials of cathodes that are utilized in the Lithium-ion batteries.

Lithium battery materials are used to enhance the capability, capacity, and tendency of a battery. They allow the battery to perform its function in a vast and authentic manner that is how the flourishment of batteries and the equipment that they are a part of enhances to a great level. An upgraded and enhanced version of such batteries is increasing rapidly because of the way they perform their tasks and duties.