Graphene is very commonly known to be a carbon allotrope, and it is a part of the very well-known aromatic molecules in chemical sciences.

It is very important as it is the building block for all materials of graphite too. Graphene films are present with very high toughness which is its greatest physical property, strength, electrical conductivity following. It has many extremely encouraging applications such as the structural materials which are very light in weight for a vast diversity of uses; this includes aircraft and automobile bodies, windmill blades, equipment required in sports as ductile conductive materials for the wearable electronics which are popular and as an electromagnetic (EM) interference shielding material to attain the purpose of eradication of EM pollution of diverse electronic devices.

Graphene is one of the best-known allotropes of carbon present in the form of a two dimensioned lattice of a hexagon and with only a single layer of atoms, but one atom from each vertex is present. It belongs to the category of aromatic molecules, and that is why graphene ought to be perpetually a big aromatic molecule. The basic structure of graphene is the same as of those other allotropes, which include carbon nanotubes, charcoal, graphite, and fullerenes. Also, graphene is considered as a basic structural element of all the other allotropes. Graphene is known to be one of the strongest materials. It is harder than diamond, but on the other hand more elastic than rubber, and it is tougher than steel, but on the other hand lighter than the aluminium. The building block for all the other materials of graphite is known to be graphene. All these materials are two dimensional where height which is the third dimension is always considered as zero, whereas length and width are the other two dimensions as they extend into two dimensions, but it presents the materials which are one atom thick only yet possess two dimensions, and graphene is one such material which is extremely beneficial. The technology of today's world provides effective and low-cost methods and ways to introduce and implement a variety of graphene electronic devices that possess good performances and are an encouraging alternative for future commercial applications in the field of printed and flexible electronics.

Graphene possesses a very distinctive set of properties which makes it unique in its self.

Thickness If we look at the thickness of graphene, then we will know that its thickness is a hundred times more and strong than the strongest steel present. It is one of the greatest properties of graphene.

Conduction Due to its nature being transparent, it is extremely efficient in the conduction of heat and electricity. It is the third greatest property of graphene.

Diamagnetism Other than the above-mentioned properties, graphene also shows a huge and nonlinear diamagnetism which is even better and greater than the graphite itself. Researchers have also shown that graphene has a bipolar transistor effect, ballistic transport of charges, and the large quantum oscillations. It is the fourth greatest property of graphene.

The following are the properties of graphene films that are processed by the solutions, and all these properties rely upon the flake network of graphene, which in nature is microstructured. As already discussed, graphene possesses a two-dimensional structure because it is capable of producing dense films and is extremely well suited to these, but there is one thing that makes it hard for a uniform film to form and that is the flake aggregation in the process of evaporation of the solvent. The EC binder is very effective in isolating the flakes as the ink that was formed dries out, to portray the optimal conductivity the films that were deposited must be thermally hardened.

Graphene possesses an innovative mixture of properties which are supreme for the electronics of the next-generation that includes the flexibility of the mechanics, conductivity levels high in terms of electricity, and chemical stability. When all of these are combined with the inkjet printing which is efficiently and extensively demonstrated with conductive metal nanoparticle ink, and as a result of it you get a cheap and plain way path for utilizing these properties in the real-world of technologies.

There is an inkjet printing medium known as the piezoelectric method. This offers an encouraging method for fast prototyping and fabrication of printed, electronic devices. It is done for no contact nature, digitally acclaimed nature, and the compatibility of broad materials. The Inkjet printing of pristine graphene has a very important strength for the integrating graphene and then the transformation into printed devices. All of this has been reported while making use of two general and preferable approaches: one is the dispersion of graphene directly into NMP with no other binder and using EC for the stabilization of graphene in various amounts of solvents.

Even though the liquid-phase graphene dispersions which have been shown by researchers are at this time to fighting with exceptionally well inkjet printing technologies, these allow timely and authentic mass production of graphene, which is produced in high-quality manners and patterns for all the practical applications. All these practical applications are being applied in so many fields. 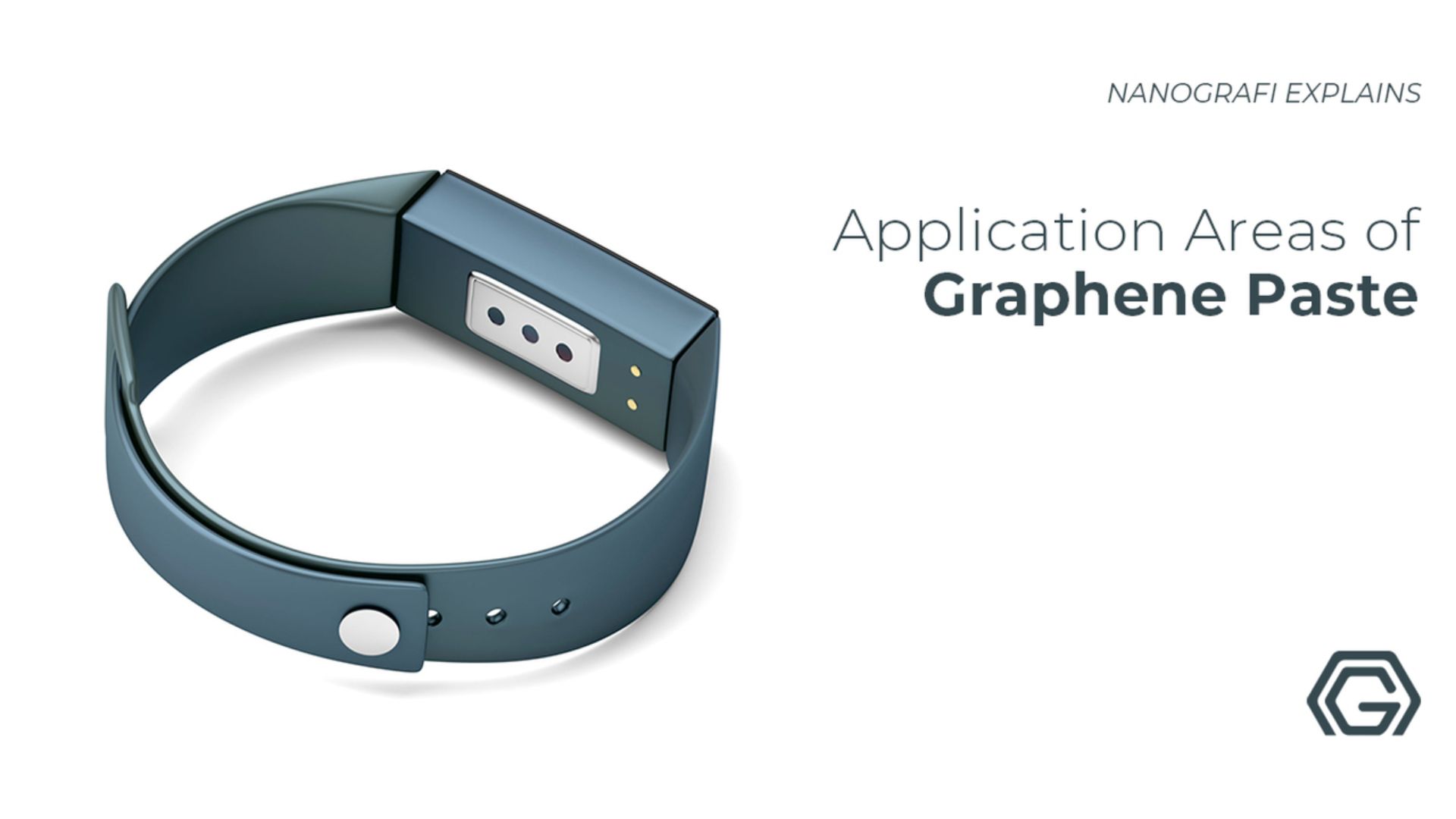 To get more information about applications of graphene,

The approach towards providing high-quality inkjet printing of graphene for flexible electronics lies in the researchers' team's previously published solvent exchange technique assisted by the distillation technique to have prepared graphene dispersions in high concentrations. The very first step is the exfoliation of graphene from graphite flakes in dimethylformamide (DMF). In the second step, DMF is replaced by terpineol by the process of distillation. The replacement is done because of the large difference between the boiling points of these two compounds. Eventually, it is known that graphene can be remarkably concentrated only if terpineol possesses a volume lower than DMF as it has a low boiling point than DMF. The results are that after this the solvent is transformed from low-viscosity and toxic DMF to high-viscosity (about 40 cP at 20° C) and environmental-friendly terpineol.

A short and very steady period as the dispersion can be presented in a stable state for about 10 hours and extreme flake aggregation during the process of solvent evaporation. This prevents the process of dispersions from being practical inks. The improvement of ink formulation is probably made through polymer stabilization. This process is done before the process of distillation. In this process, a tiny quantity of the polymer (ethylcellulose) is mixed into the harvested graphene/DMF dispersion; this is done to protect the graphene flakes from agglomeration. The stabilizing polymers after the process of printing can be effectively eradicated via a simple process which neither will be harmful nor exceptionally challenging.

The graphene dispersion that is attained afterwards has a period of stability for at least several weeks as compared to the previous works. The researchers then pointed out that the inks produced by the above-mentioned ways are well-reputed to assist in well-directed and continuous spilling out of all the present nozzles at a very firm velocity.

To see the quality and fictionalization of printed graphene, graphene thin films containing a large-area centimeter-scale were fabricated in between the ranges of 1 and 6 printing layers on glass slides.

The narrow-line resistors of printing techniques portray a variety of resistance ranges. A certain amount of layered printed graphene thin-film transistors can be modulated by the electric field effect. Printed micro-super capacitors achieve high specific capacitance and a rapid frequency response time. These resistances are very hard to attain; that is why it is very important to attain it too as they make the working of printers effective.

The technology of today's world provides effective and low-cost methods and ways to introduce and implement a variety of graphene electronic devices that possess good performances and are an encouraging alternative for future commercial applications in the field of printed and flexible electronics. Inkjet printing of graphene is very beneficial and coordinated in terms of the flexibility of the electronics. All the remarkable abilities that these inkjet printing methods possess are highly commendable in the field of sciences. The researchers have also approved and commended all the experiments and theories that were conducted to get the flexible electronics produced by the inkjet printing method of graphene. The applications too then were approved from the higher authorities as to the properties that are possessed by the inkjet printing of graphene films for flexible electronics as all of these apply to the quality production and usage of the product and are being used at large levels worldwide.

Graphene is a carbon allotrope and is a part of aromatic molecules, well known in chemical studies. It belongs to the category of aromatic molecules, and that is why graphene ought to be perpetually a big aromatic molecule. The basic structure of graphene is the same as of those other allotropes, which include carbon nanotubes, charcoal, graphite, and fullerenes. Graphene possesses a very distinctive set of properties which makes it unique in itself, which includes thickness, density, diamagnetism, and conduction. The technology of today's world provides effective and low-cost methods and ways to introduce and implement a variation of graphene electronic devices that possess good performances and are an encouraging replacement for the commercially acclaimed applications for future purposes in two different fields electronics that are printed and flexible electronics. Hence, it is efficient in all the ways it is being used.