It's quite clear the basic colloidal properties of pristine graphene flakes have been explored quite incompletely.

Considering all the conflicting reports concerning their hindering potential applications and physicochemical properties which in turn could get the unique electronic, thermal and mechanical properties of graphene into action.

Recently, the exact amphipathic properties of pristine graphene flakes have been revealed taking the advantage of wet chemistry experiments electron, microscopy, optical microscopy, density, functional theory and Monte Carlo calculations. Moreover, it has been demonstrated how understanding these colloidal properties could lead to the formation of ultrastable water or oil emotions.

Unlike the common applications of graphene oxide flakes, the novel graphene flakes appear to show well-defined hydrophilic and hydrophobic regions as the edges and the basal plane, respectively where the interplay of each one of them makes it possible to use small flakes as stabilizers with an excellent amphipathic strength. This quality mainly depends on the edge-to-surface ratio with interactions between flakes through altering the oil-to-water ratio. Furthermore, it is projected that graphene flakes could be employed more efficiently as the new generation stabilizer more specifically active under high temperatures and high pressure. In saline solutions as well, they can significantly enhance the functionality and efficiency of applications upon employing them.

Graphene as the Wonder Material

Graphene in particular, is a rigid two-dimensional monolayer allotrope of carbon shaped like a hexagonal lattice with a thickness of as much as one carbon and a regular carbon-carbon bond distance of 0.142 nm. The 2D nature of graphene makes it possible for this supercrystal to be wrapped into a number of graphene-based allotropes including zero-dimensional fullerene or rolled into one-dimensional carbon nanotubes. Interestingly, graphene can be stacked on each other in order to make graphite which is originally the material from which graphene originated in industrial scales. The unique properties of graphene and its ever-growing applications in science and industry got the Nobel Prize in Physics in 2010 and the Graphene Gold Rush began.

A two-dimensional material is a plane of single atom crystal, whereas the three-dimensional ones have at least two to thousands and even millions of layers stacked on each other. Two-dimensional materials, with graphene as the most crystalline, show metastable high crystal properties as they originate from 3D solids. 2D materials in general, have remarkable thermal stability and strong interatomic bonds making them resistant against elevated temperatures. In the unmodified and non-functionalized graphene, the Fermi level, which is situated at the connection points (known as Dirac points) of six double cones with zero states causes the electrical conductivity to be pretty low. On the contrary, the Fermi level can be altered through applying an electric field in order to make the graphene electron-rich (n-doped) or porous (p-doped) based on the polarity of the electric field. The doped graphene has potentially higher electrical conductivity than copper at room temperature.

In chemistry, there are compounds with the lowest surface tension or interfacial tension between a gas and liquid, two liquids or between a liquid and solid which are called surfactants serving as wetting agents, foaming agents, detergents, dispersants and emulsifiers. In general, surfactants are a class of organic compounds with amphiphilic properties which means they contain a hydrophilic group in their heads and a hydrophobic group in their tails. Accordingly, a surfactant has the capability to be dissolved in water or oil. In other words, it is water-insoluble and oil soluble as well as water-soluble and oil-insoluble. Surfactants can diffuse in aqueous solutions and are adsorbed at the interfaces of water and air or water and oil when two different phases are present. Surfactant form aggregates called micelles at given concentrations at which the hydrophobic tails form the core of the aggregate while the hydrophilic heads are in contact with the surrounding liquid. Different types of aggregates of surfactants that can form are spherical or cylindrical micelles as well as lipid bilayers. Basically, the morphology of the aggregates depends on the chemical structure of the surfactants and the difference in size between the hydrophilic head and hydrophobic tail. They have the quality of reducing the surface tension of water through getting adsorbed at the liquid air interface. In the human body, there are different kinds of surfactants like pulmonary surfactant which is generated in the lungs so that the process of breathing could be facilitated through increasing the total capacity of the lungs and lung compliance. They are so critical that their absence in the human body could result in disorders like respiratory distress syndrome which is exactly the rapid onset of widespread inflammation in the lungs.

From the chemical aspect, there is almost no consensus whether graphene flakes typically serve as hydrophobic or under certain conditions act as hydrophilic agents. There is a lot of debate concerning the parameters which determine the hydrophobicity like lateral size, number of layers or a combination of thickness on specific surface area of the graphene flakes. Furthermore, it has been suggested that pristine graphene flakes act as a new type of stabilizers capable of stabilizing water/oil emulsions with no additional agent or a functional group or modifier at the oil/water interface. Recently, precise experiments have been carried out to finally demonstrate the amphipathic pristine graphene flakes that can be tuned by changing the size of the flakes. In effect, the robust and versatile pristine graphene enables them to function differently and with a dual behavior under extreme conditions making them promising agents for the purpose of dispersing in compounds for polymer preparations, ceramic composites, conductive catalyst supports, drug nanocarriers in cancer therapy, paints, heat transfer fluids and the new generation of stabilizers for geological applications. 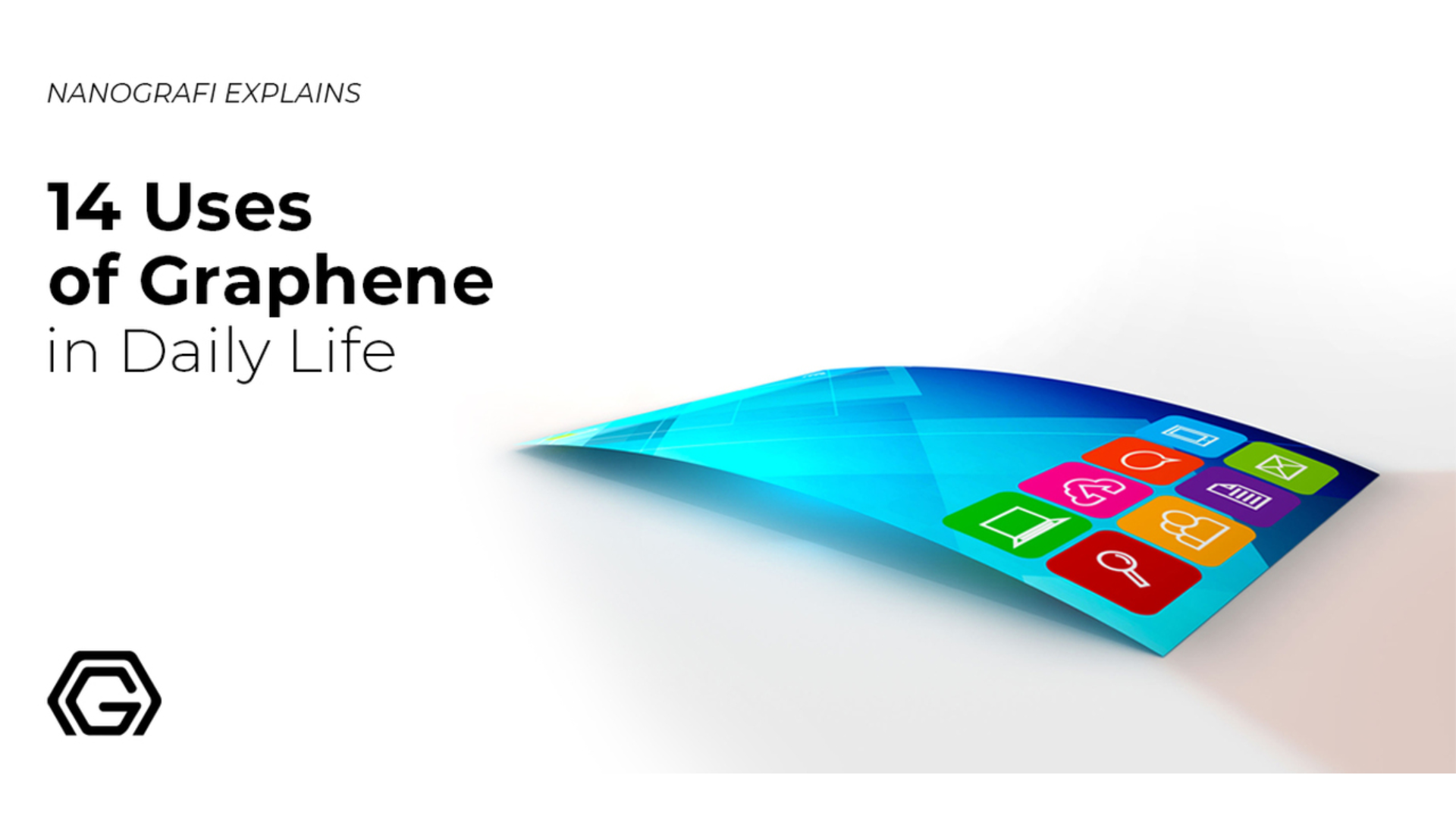 To get more infromation about graphene and its uses,

In order to study the microscopic behavior of graphene flakes, two different types of graphene flakes are studied. One type of the graphene flakes has thicknesses ranging from 0.3 up to 1.7 nm which are mostly single layer with the surface areas of approximately 320 ± 20 m2 g-1 and the other type have flakes with smaller surface areas of nearly 130 ± 5 m2 g-1 and a larger thickness of about 125 nm. The two mentioned flakes are practically non-wettable by deionized water and are easily dispersible in n-decane as a model oil phase. Microscopy images and optical photographs demonstrate both types of agglomerate in aqueous solutions. In fact, the optical microscopy analysis reveals that the dispersibility of flakes with smaller surface area is more than the flakes with thinner flakes and bigger surface area. Unlike the thicker graphene flakes, thinner flakes form agglomerates which seem to be bigger and therefore, are nearly difficult to get dispersed. This is a demonstration that the performance of graphene flakes basically depends on their surface areas.

The theoretical approaches and experimental data demonstrate that graphene flakes are amphiphilic with perfectly defined hydrophobic and hydrophilic sites. The calculations also reveal that pristine graphene flakes possess hydrophobic basil surfaces and hydrophilic edges acting like a surfactant. The amphipathic strength relies on the edge-to-surface ratio of the flakes. The hydrophobic edges relative importance of the graphene flakes decreases as the size of the flakes increases. In this order, graphene flakes with proper surface areas can efficiently stabilize water/oil mixtures. Moreover, the stability of water oil emulsion stabilized by graphing flakes is potentially tuned through changing the oil to water ratio. Besides the extreme stability of the resulting emotions, it is projected that graphene flakes can efficiently be employed under high temperature and pressure with new applications in geological, environmental and biotechnological applications as capable stabilizers.