Modern interest for graphite has been developing at about 5% per annum for most of the most recent decade because of the continuous industrialization of China, India and other rising economies. In any case, the significant development potential for the graphite business is in the expanded interest that will be made by various green activities including Li particle batteries, power devices, sun-oriented vitality, semi-conductors and atomic vitality. Many these applications can possibly devour more graphite than every single current utilizes joined.

The graphite that is modified to a structure consisting of layers, with spacing in between each layer is called expanded graphite. This modified structure of Graphite has electrical and thermal conductivity 150 time better than the original graphite. The process of production of the expanded graphite is carried out under extreme thermal conditions. The heat forces the layers, the flake expands, and the modified structure is created as a result.

Expandable graphite is synthesized by carrying out the oxidation of graphite pieces, submerged in sulphuric acid. The porous structure of graphite allows the acid to penetrate through them into the inner part easily and readily. This graphite with the acid absorbed when heated at excessive temperature it swells and expands up to 500 ml/gm to its original volume. Under this reaction the compound rapidly undergoes and adopt modifications from a liquid to a gas. This rapid reaction forms a force that can isolate the graphene layers inside and producing an increased volume. 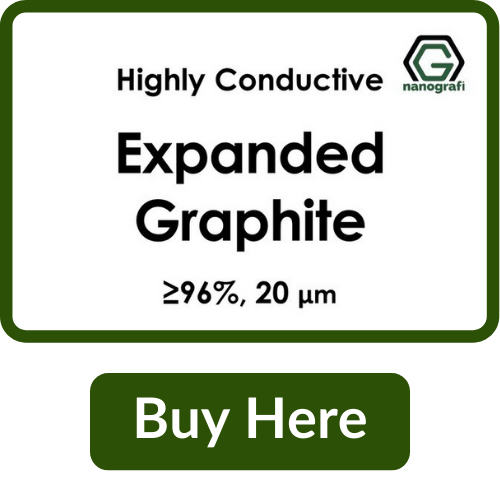 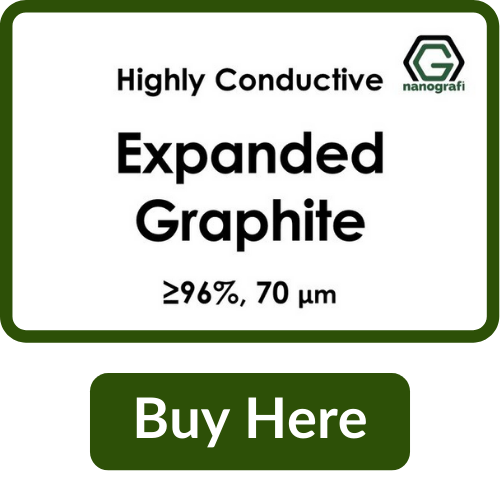 Materials made from carbon are often used world-wide for their excellent properties in electrical conductivity, reducing thermal conductivity and mechanical properties. They are known for their high stability and the ability to maintain their shape. These materials possess low density, compatibility with organic phase change materials, high porosity and available at a very low cost. These materials reflect radiant heat energy so they also resist corrosion, are halogen free, chemically inert, hence safe and can be expanded by very low heat (150 to 300 C).

PCM composite materials must beat the issues of material spillage and low warm conductivity before they are appropriate for across the board use in the fields of building and industry. In this examination, permeable extended graphite (EG) is utilized as a transporter, which retains the PCM to create EG/paraffin composites (EG/P) containing 90.6% paraffin, and a dormant warmth of up to 105.3 J/g was estimated. Since gypsum board is broadly utilized in structures, accordingly, EG/P composites are appropriate to be coordinated into gypsum to create extended graphite/paraffin gypsum-based composite material (EGPG) for warm vitality stockpiling. To enhance the presentation of EGPG, carbon fiber (CF) is utilized to strengthen their warm and mechanical properties. The test outcomes show that when 1 wt % CF is fused into the EGPG, the warm conductivity expanded 36.0%, and along these lines EGPG shows prevalent warm control through the fundamentally expanded effectiveness of warmth move. After 1 wt % CF was included, the flexural and compressive quality of EGPG were expanded by 65.6% and 6.4%, individually. The improved warm and mechanical execution of EGPG altered by CF shows that it is a basic utilitarian coordinated structure material reasonable for building envelope framework.

This modified graphite is used to provide bendy graphite sheets and foils that are in the end used for manufacturing excessive-overall performance gasket cloth for high-temperature use, packaging and different sealing substances in crucial programs of high strain environments.

The expanded graphite is also utilized to create a compound to insulate molten metallic in a ladle or crimson-warm steel ingots and reduce warmth loss, or as a fireplace-forestall which is fitted round a hearth door or in sheet metallic collars surrounding plastic pipe (throughout a fire, the graphite expands and chars to face up to hearth penetration and spread).

The improved graphite can also be used to create a compound to insulate molten steel in a ladle or purple-heat metallic ingots and reduce warm temperature loss, or as a fireplace-forestall that's fitted spherical a fire door or in sheet metallic collars surrounding plastic pipe (at some point of a fireplace, the graphite expands and chars to face as much as hearth penetration and spread).

The fire extinguishing industry is presently one of the biggest user of this modified graphite however is predicted to develop considerably in the future. Expanded Graphite is an exquisite flame retardant and produces inert gas while heated and extinguishes a fireplace through cutting off the supply of air. Moreover, expanded graphite is an exceptionally valuable and especially well-known element for the battery market.

Phase change material (PCM) of various substance of extended graphite (EG) composite were set up by the liquefy blending technique, accepting paraffin as the PCM and EG as the supporting material. Stage pieces of Expanded Graphite, paraffin, and EG/paraffin composite were researched utilizing X-beam diffraction (XRD). Microstructures of EG and EG/paraffin composite PCMs with various EG substance were seen by a checking electron magnifying lens (SEM). Warm properties, for example, stage progress temperature and inactive warmth of the materials, were controlled by differential examining calorimetry (DSC). Mass misfortune and warm properties after 100 warming cycles were estimated. The outcomes show that physical ingestion exists among paraffin and EG. EG is gainful for the PCM composite to lessen spillage of paraffin, decline the stage change temperature and idle warmth, and fortify the warm steadiness. The strong fluid stage change inactive warmth of materials is bigger than that of the strong one. The warming cycle has little impact on the stage change temperature and inactive warmth.