Systematically fabricated supercapacitors based on carbon nanofibers as well as activated carbon incorporated with some organic additives and reagents have been the center of attention recently.

Supercapacitors or electrochemical capacitors have been regarded mostly because of their excellent power density and long-term cycling capability. Supercapacitors have found numerous applications in power tools, electric vehicles, and portable devices based on their unique properties.

Electric vehicles, for example, demand high power at a high current drain rate, on the other hand, memory backup systems require high energy density at a lower current drain rate. Accordingly, the potential material to design supercapacitors has to be chosen to meet the particular aforementioned applications. In fact, electrolytes and electrodes are the main components of supercapacitors as the storage of charge at the interface of electrodes and electrolytes. The performance of a supercapacitor is considerably affected by the surface area of a given electrode and electrolyte. Material nature, surface area, pore size distribution, surface groups, and electrode thickness are the electrode properties that leave a negligible impact on the performance of a given supercapacitor. It is known that carbon materials are extensively employed as electric materials because of their low cost, chemical, and thermal stability, and available device morphologies. The nanoscale tubular morphology of carbon nanofibers offers a unique combination possessing excellent porosity as well as electrical resistivity based on its structure.1

What is a Supercapacitor?

A supercapacitor is a capacitor with a high capacity to go over the voltage limit and bridge the gap between rechargeable batteries and electrolytic capacitors. A typical supercapacitor can store 10 to 100 times more electrical energy per unit volume or mass than other capacitors like electrolytic capacitors and is capable of accepting and delivering electrical charge much faster than batteries with the ability to be used upon multiple charge and discharge cycles compared to rechargeable batteries. Supercapacitors have found applications in numerous charge/discharge cycles used as long-term energy storage devices like those used in trains, buses, automobiles, elevators, and so on where they are employed for regenerative braking with a limited range of storage. In this case, smaller units are applied to backup power for static random access memory. Despite normal capacitors, supercapacitors don't use solid dielectric instead, they run on electrostatic double-layer capacitance and an electrochemical pseudocapacitance with both of them capable of contributing to the total capacitance of the capacitor with slight differences.

Design and Manufacturing of Supercapacitors

Supercapacitors were traditionally manufactured using liquid electrolytes that can be prone to leakage and are not available as they are miniaturized. This trend brings about prompts in research into solid-state and gel-based electrolytes. Therefore, an enhanced energy storage device must be manufactured based on tailoring electrolytes composed of novel carbon-based electric materials including graphene, oxide graphene, carbon nanotubes, and more specifically, carbon nanofibers. Technically, graphene or graphitic carbon could be fabricated on surfaces out of silicon directly with profound potential to be designed on-chip supercapacitors capable of being embedded into integrated systems. Studies so far, have indicated that there exists a simple pathway to remarkably increase the quality and performance of supercapacitors designed on cell-based electrolytes as the key to manufacturing quasi-solid-(gel) supercapacitors. This ongoing approach comes up with a novel technique to develop highly miniaturized on-chip energy systems perfectly compact electronics and get over the demand for highly qualified energy storage systems. 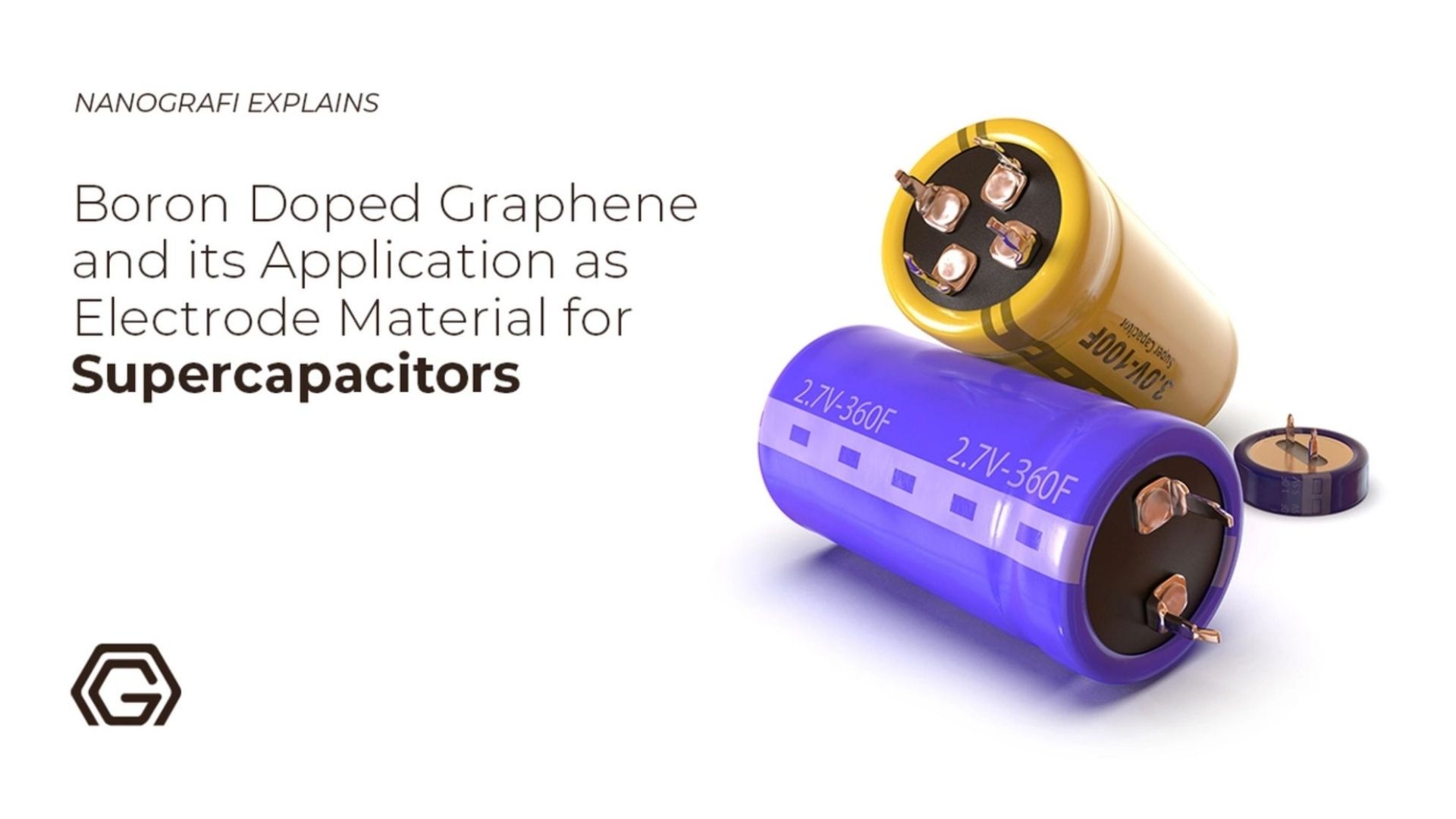 Carbon nanofibers are nanostructured cylindrical carbon made of graphene layers arranged as stacks of stacked graphene layers. The chemistry of carbon has been investigated fully and perfectly and as a material is known to have chemical bonding flexibility creating available sites for stable inorganic and organic molecules to engage in reactions. The synthesis of carbon nanofiber involves catalytic chemical vapor deposition as the most common commercial technique. In fact, carbon is classified as an important class of materials based on graphite closely related to carbon nanofiber. Considering the structure and properties, carbon fibers have been investigated and fabricated industrially since the 1960s and have been calling a lot of attention commercially and technologically ever since as potential materials in advanced application aerospace sports, electronic devices construction industry, and car manufacturing Industries. From the point of chemical structure, carbon nanofibers could be introduced as linear filaments with Sp2 hybridization with a diameter of about a hundred nanometers has excellent flexibility. Nanofibers are widely used in everyday applications mostly because of their high specific area high, mechanical strength, and flexibility to design rigid composite, car manufacturing, and aerospace technology. In addition to carbon nanofibers, the activated carbon material is also applicable for supercapacitors due to their low-cost huge abundance, excellent charge-discharge cycling high stability, and porosity. Therefore, the fabrication of electrodes out of carbon nanofibers and activated carbon materials to be used in supercapacitors demands the inclusion of a binder such as a polytetrafluoroethylene PTFE polyvinylidene fluoride and polyvinylidene chloride so that the Integrity of define placated electrodes is maintained.1

Design of Supercapacitors Based on Carbon Nanofibers

Ruthenium oxide (RuO2) nanorods have been incorporated with carbon nanofibers through recrystallization methods and precipitation to study the capacitive behavior of supercapacitors. Recrystallization associated with heat treatment is performed so accurately at elevated temperatures up to 300°C and under optimum growth conditions. The electrode material in the aqueous solution of potassium hydroxide results in a good capacitor capability.2

Composites based on flexible polyaniline incorporated with carbon nanofibers have been used to fabricate supercapacitor electrodes. In this application, flexible carbon is prepared via sol-gel processing and electrospinning techniques with polyaniline being coated through chemical polymerization to improve the electrochemical properties by designing electrodes to be used in capacitors. This flexible electric material is investigated in symmetric supercapacitor cells with high capacitance and considerable cycling stability and capacitance retention up to almost 90% within 1,000 cycles of recharging.3

Based on carbon nanofibers and activated carbon, some symmetric capacitors can be fabricated in combination with polyvinylidene fluoride polymer binder performed in an aqueous electrolyte. In this application, electrodes are assembled in the electrochemical cell in the absence of a current collector. The carbon nanofiber and carbon-activated based-electrodes present excellent porosity. Based on the results, superior conductivity is achieved using carbon nanofibers with a low measured equivalent resistance. Carbon nanofibers seem to deliver desirable specific power and a good capacitance behavior.1 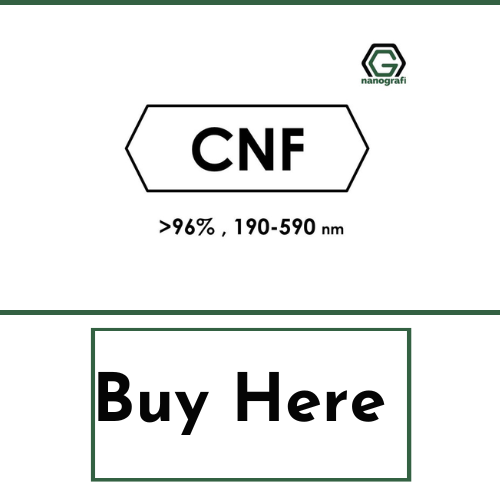 Commercial production of supercapacitors in today's market is based on carbon materials with their desirable and high surface areas. The supercapacitors that favor commercial applications are employed as the source of power for activators, standby power for Random Access Memory devices, and elements for long-term constant circuits and communication devices. They are considered the best alternatives for batteries which are typically low-power devices and not as capacitance as supercapacitors. Regarding their unique structure and properties, carbon nanofibers are considered significant carbon materials for designing electrodes and subsequently achieve supercapacitors with favorable performance.

To discover the latest articles in carbon nanofibers, you can visit Blografi.