Popular for its physical and chemical properties, borosilicate glass wafer is extensively being used across several industries, especially for applications that involve temperature changes.

These unique characteristics are bestowed upon those materials by boron trioxide. It is very interesting to note that along with other characteristics, these wafers have a very low coefficient of thermal expansion.

It makes these materials irreplaceable for use in laboratory equipment, cookware, modern space technologies, and many more. Moreover, these borosilicate glass wafers are most extensively used in semiconductor manufacturing where it may remain as a permanent substrate or as a temporary substrate. These new wafers have revolutionized the wafer technology in this modern era.

Perfect crystals of silicon in the form of wafers with miraculous mechanical strength, chemical stability, and uniformity is the foundation of billion dollars silicon industry. Silicon is one of the most useful elements that nature has bestowed upon human beings. It is an ideal substrate for the processing of standard integrated circuits. It is also the most widely used substance for creating transistors. It has become very common in modern technologies to thin silicon integrated circuits and borosilicate glass wafers are hugely significant in this regard.

These highly specialized materials have become the material of choice across several industries, from medical and pharmaceutical to electronics and space technologies. High thermal stability and chemical inertness are at the very centre of such wide use of these materials. Once it was just a dream to produce such materials that can serve on multiple fronts but now, it has become a reality, and borosilicate glass wafer is a kind of realization of a dream for users of this fabulous material.

The history of borosilicate glass is quite old, dating back to the end of the 19th century. Otto Schott, a German glassmaker, produced for the very first time this superb substance. This all happened in the city of Jena, and hence, borosilicate glass got its name as Jena glass. After the introduction of Pyrex in 1915, the term became famous, and borosilicate glass became the word of the English language. Certain innovations have been made to borosilicate glass over the course of all those years. Now borosilicate glass has become the name of a glass family consisting of various family members that are particularly produced to serve special purposes. Later on, a borosilicate glass wafer began to produce that is tailored to build components with highly useful and advantageous electrical or photonic structures.

Borosilicate glass wafer contains almost 80% silicon dioxide and about 15 to 20% boron trioxide. Alkaline oxide, alkaline potassium oxide, and aluminium oxide are the other additives that go into its making. Very specific borosilicate glass is produced through a very distinctive float process. All the ingredients of borosilicate glass are melted. The melting process requires a very high temperature. Afterwards, the molten material is floated on a bed of molten tin. A floating and smooth ribbon is formed on both sides with homogenous thickness. This borosilicate glass is further processed in rollers to produce borosilicate glass wafers. At the end of the process, it is cooled on room temperature to avoid strain during annealing. In this way, sheets can be cut in any desired shape or dimension.

The high material strength of borosilicate isn't less than the Iron Man. It can withstand a very severe blunt force blow with quite an ease. This strength is provided by the Shear modulus of 27 GPa and 400 to 480 Knoop hardness at a temperature as high as 20°C.

The chemical stability of the borosilicate glass is also miraculous. It can bear breaking and corrosion even when it is exposed to acidic conditions.

The low atomic mass of boron makes borosilicate glass is less dense as compared to other typical glass varieties. 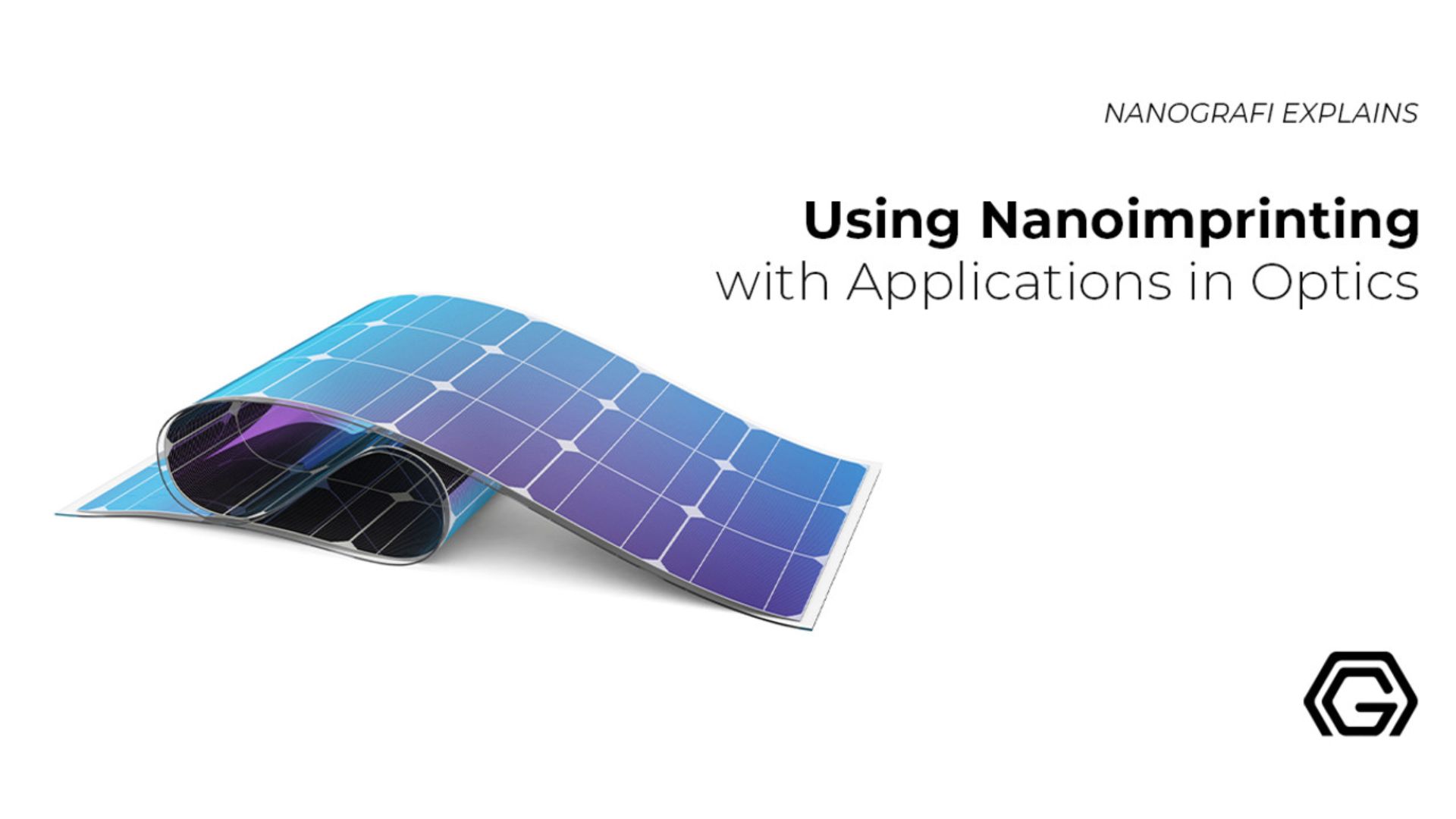 If you are interested in nanoimprinting applications in optics,

The Difference between Borosilicate Glass and Soda-lime Glass

Soda-lime glass is most widely used by several industries because it is easily available and it is also less expensive. It is the most widely manufactured glass accounting for approximately 90% of the total glass production worldwide. It is traditionally being used in beverage glasses, vases, windows, and furniture. It is, however, vulnerable to shock and extreme temperature changes. It is durable in normal conditions.

Borosilicate glass is much superior in terms of durability and stability. It has a half coefficient of thermal expansion than that of the soda-lime glass. It expands half in comparison to soda-lime glass that breaks more quickly. As we have discussed earlier that borosilicate glass can withstand a temperature differential of 165°C. That is why it is as much durable that you can take it out from the oven and place it on ice without even thinking about your action. Borosilicate glass will never disappoint you.

It is also very interesting and even surprising to know that borosilicate glass is being used to store nuclear waste. Does this fact ring the bell of the miraculous chemical stability of it? Moreover, the presence of boron makes it less soluble and does not allow any unwanted materials to leach into the glass. So, it is easy to conclude that borosilicate glass should be your first choice because it is far more superior to soda-lime or any other variety of ordinary glass.

Borosilicate glass is not just a glass; it is a significant upgrade to the traditional glass we know about. Similarly, borosilicate glass wafer is not a traditional silicon wafer; it is something extraordinary that has found its uses in several industries like home appliances, chemical industry, environmental engineering, lighting, optics, precision engineering, biotechnology, medical technology, sensors, electronics, safety, and semiconductor engineering. It has found its extensive use because of the outstanding chemical and physical properties it has.

These wafers are also being used in space applications such as reflecting telescopes where borosilicate wafers provide exceptional resistance to thermal shocks that won't be warped when exposed to extreme temperature variations. Many other telescopes also take advantage of the remarkable physical and chemical properties of these wafers.

Borosilicate wafers have good optical clarity along with chemical and thermal resistance. These characteristics make them the best materials for manufacturing high-quality glassware for use in laboratories. These are also used in other laboratory equipment when high thermal resistance is required. Some injectable drug applications are also capitalizing on the chemical stability of borosilicate wafers.

Borosilicate wafers have found their uses in the manufacturing of specialized glass cookware. Beverage glassware production is the prime purpose for which these wafers are being used.

Due to the very high thermal stability, the borosilicate wafer has become the material of choice for the production of aquarium heaters.

Borosilicate glass wafers have also found their way in the production of glass smoking pipes and the harm reduction organizations also refer to their use in this regard.

Evacuated-tube solar technology is another area of these wafer's utility, again the courtesy of its high resistance to heat and chemical reactivity.

Borosilicate glass wafers can also be used for the storage of radioactive wastes. The high resistance to chemical reactions can allow those nuclear wastes to remain enclosed in borosilicate glass for hundreds of years.

The use of borosilicate glass wafers as a packaging material is highly useful for environmental protection as compared to other glasses or plastics.

Borosilicate glass wafers are highly specialized materials that are known for remarkable physical and chemical properties. These materials are highly resistant to extreme temperature changes and are chemically inert. These unique properties make them highly useful for several applications across several industries, such as laboratory equipment, cookware, electronics, etc. These materials are also being used in pharmaceutical industries and are also considered environmentally friendly. Today, borosilicate glass wafers are being provided in custom sizes to suit the users of these materials. These are, without a doubt, a classic blend of nature and the intelligence of the human mind.

To get more infromation, you can visit Blografi.