Cathode and Anode materials are a part of every battery because this is the main source of how the working of a battery is enhanced or properly stimulated.

Lithium-ion batteries are discussed here and about how and what sort of mechanics are involved while preparing the mechanics of cathode and anode materials. These are essential because all the electrode balancing and chemical charge balancing happens on the basis of these.

Cathode is responsible for the positive charge and the anode is responsible for the negative charge and their division is carried out by an electrolytic solution most commonly known as an electrolyte. In various technologies, for instance, Hybrid Electric Vehicles (HEV) uses both, lithium-ion batteries and electric motor engines for increasing fuel efficiency. Essentially, many electrochemical cells joined in parallel or series are known as a battery and they provide capacity and voltage. A negative (anode) and positive (cathode) electrode are in each cell, separated by an electrolytic solution, known as an electrolyte. The transfer of the ion between the electrodes is allowed by the dissociated salt. When an external source is connected with these electrodes, as a result of chemical reaction, electrons are released and therefore for tapping the current.

An Overview on Battery Chemistry

The battery’s chemistry determines the capacity of the cell and the cell as how much electrical energy can be given by the battery. For application’s purpose, the battery technology which is common and is currently used is Nickel Metal Hydride (Ni-MH). Although, it’s proved in research that as compared to Ni-MH, the Lithium-ion (Li-ion) chemistry has double density and power efficiency. Lithium-ion batteries, Nickel Metal Hydroxide (Ni-Mh), Nickel Cadmium (Ni-Cd), and lead-acid batteries are some of the commonly used batteries in many different applications, as they have a higher energy density.

Current technologies are being reshaped by these advances, for instance, plug-in HEVs. Batteries are heavy and expensive usually to be used in bigger applications. For such high-end applications, the creation of lighter, cheaper, and smaller battery storage has enough possible advantages for the Li-based and Lithium-ion batteries. Therefore, in consumer electronics, these batteries are utilized broadly and they also have a higher sale all around the world.

The rare element for designing energy storage systems of higher density is lithium, as it is the lightest metal and a very electropositive element. Different organic compounds react with the alkali metals in a reversible way, this discovery has paved the way for designing rechargeable Lithium-ion batteries. Between the two molecules, the molecule’s reversible inclusion is known as intercalation.

Lithium alloyed metals and carbon (graphite)-based materials are the two most used anode materials today. Oxide spinel Li4Ti5o12 is a commercialized lithium alloyed metal. For avoiding the issues in safety and cycling, like the formation of dendrite on anodes of lithium, the usage of minimal potential intercalation electrode is advisable.

The inserted lithium is protected by the found element in the graphite intercalation alloy, therefore rendering it less reactive towards the electrolytes, lessening the lithium amount in the lithiated material. It has its disadvantage and advantage too. The disadvantage manifests in the form of performance loss due to the lessening in the voltage of the cell therefore reducing the power and energy density further. The advantage is that any dangers regarding the electrochemical reactions' flammability are accounted for.

Kish graphite-like graphite carbons and altered natural graphite are used to make various advances in the field. Due to natural graphite's oxidation in air, on the modified graphite, the electrochemical properties are more enhanced according to the recent studies. At 3000 C and more temperatures, heat treatment is required for the artificial development of graphitic anodes, which demands higher energy and may result in the formation of gaseous materials. 372 mAh/g is the Lithium intercalation capacities theoretical value of Kish graphite.

Also, Kish graphite can be produced at 1500 C temperature. The graphene domains are possessed by the Non-graphitic carbons and not the graphene’s structural order. These are the disordered carbons. The natural graphene's irreversible capacity doesn't compare with their irreversible capacity, still, in solid electrolyte interface disruption, these materials are less vulnerable, making them a perfect candidate for being paired with the lithium-manganese oxide where the metal’s dissolution is competitive.

As told in the start, graphite is a primary carbon material to be used as an anode. They have packet sheets in rhombohedral (ABC) or hexagonal (AB) arrangements. Staging occurs when the graphene sheets reorganize themselves in AA arrangement on each other’s top on the insertion of Li-ion. The pros are, its remarkable electrochemical characteristics, accessibility, and minimal cost. In Lithium-ion batteries, the key anode material is carbon. Although poor lithium intercalation capacity is exhibited by graphite carbon than Li-ion alloys. In commercial Lithium-ion cells and portable devices, mainly, as an anode material, the graphitic carbons are utilized.

Due to Lithium's optimal cycling ability, and higher acceptance, claiming performance is exhibited by the crystalline carbon. It has the flexibility to the temperature control due to its organic structure. Enhancements are being constantly shown in discharge capacity and charge-discharge efficiency of carbonaceous anodes through modifications in surface and structure. Hitachi designed artificial graphite by altering the structures of particles and pores to make new developments. 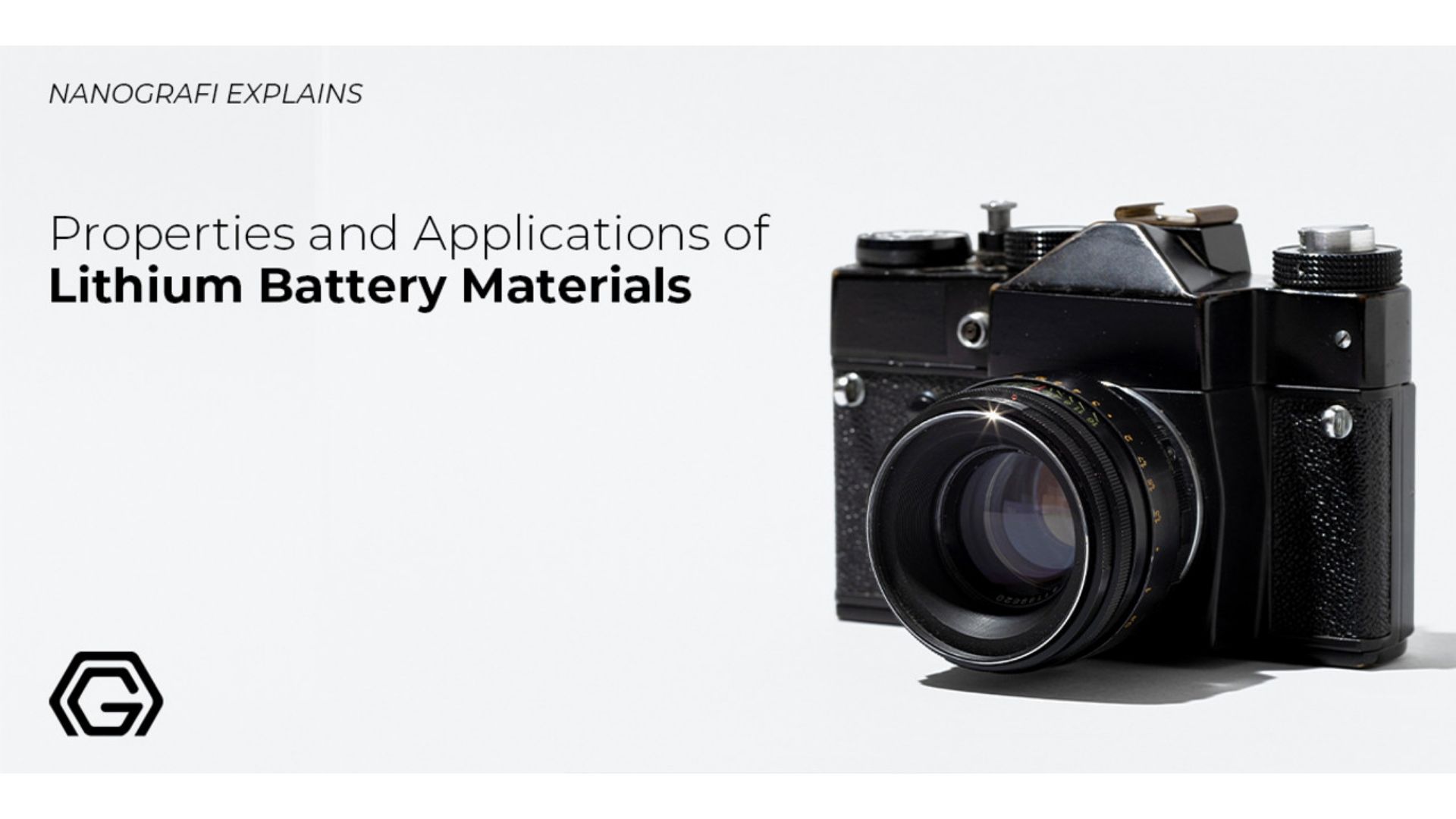 Despite being the oldest compounds, dating back to ages, Li-Mn-O is still being utilized in a broad range. It was used as a depolarizer first. It has remarkable electrochemical characteristics, it is cheap and is accessible easily. Lithium manganese (Li-Mn) is the battery material that is mostly used in a wide range than the toxic and expensive lithium cobalt-based (LiCo-O), and lithium-nickel-based (Li-Ni-O) which is difficult to be made.

For lithium and small helium ions' intercalation, various forms of it make it ideal. With its spinel, the lambda form (Mn2O4) allows for the Lithium-ion’s intercalation. Environmental impacts, minimal health, great rate capability, and high thermal threshold are some of the Lithium-manganese spinels’ benefits. In this compound, 10-6 -10-10 sq. cm/s is the diffusion rate for a lithium-ion. On frequent cycling, complications arise in the reduced capacity because of the electrochemically active Mn3+ ion’ instability above 55o C temperatures. Enhancements can be done in such cases by doping the selected metal ions (Mg, Ni, Mg, Fe, Cr, Co, Al, etc.) and coating the acid-resistant materials on the LiMn2O4 for obtaining various structural stability.

For lithium-ion batteries, the most in-depth studied material for the cathode is cobalt oxides and lithiated nickel. The high stability of structure characterizes both of them. They are expensive and difficult to make as the resources are limited. In the development of these layered compounds’ solid solutions, there is a resolution. The solid solution compounds that are most common are Li1.2Cr0.4Mn0.4O2 and Li Ni0.5Mn0.5O2. In research, it is seen that the combination of low strain in the activated state and low-valent transition metal ions is the key to high rate capability cathodes. For the applications which need fast discharging and charging, the perfect material is layered metal oxides. When subjected to above 300 C temperature, these materials do well on capacity.

LiFePO4 is the name of their compound. They are not toxic. As compared to the Lithium-cobalt based cathode, major safety benefits are provided by them, making them favorable and beneficial for applications of higher level.

Applications of Lithium-ion Batteries and Market

As a smart home power system's part, Plug-in Electric Vehicles (PIEVs) will always make up the smart grid's future. The best examples of these applications are the Plug-in Hybrid EVs (PHEVs) and the EV. PHEVs like Chevrolet Volt and EVs like Tesla Model S can be used by consumers now after numerous important efforts in research. They are all powered by Lithium-ion batteries. Safety concerns, higher prices, and the high cost of manufacturing are the problems for these market segments. Some other applications of Li-ion are the commercial portable technologies, for instance, industrial energy power stations, aeronautics, tablets, laptops, and cellphones.

The lithium-ion battery has numerous benefits. Being lightweight gives them the privilege to be the best possible candidate for the recently sought-after portable technologies. High energy density and high open-circuit voltage are possessed by them. When disposed of, they have less impact on the environment, a small self-discharge rate, and a lack of memory. Although they have their own problems as recently, safety concerns are being constantly raised by unprovoked inflammations.

Challenges are being faced by the usage of lithium-ion batteries' aforementioned applications. The performance of the battery needs to be in tune with the applications that it is utilized for. One constant concern remains safety which is capable of being addressed through studying the cell engineering and chemistry of battery in detail. The cell potential, energy density, and battery performance, which is measured in capacity, are directly related to the material's characteristics from which the negative and positive electrodes are formed. Now, they are researching in finding new materials which can function as cathode and anode, for providing good performance arrangements of electrode-electrolyte-electrode.

Li-ion batteries are highly capable of exhibiting flawless features and that is only possible when the right amount of charge is able to flow through the battery. Cathode and Anode materials make it possible to do so that’s why it is impossible for a battery to work without them as the basic necessity of a battery is cathode and anode materials.