Titanium, being one of the most common elements in the world, is a metal which can be found in plants and animals. It naturally reacts with oxygen and forms titanium oxides, commonly found in soils, sands and ores. In fact, we are familiar with titanium dioxide in our daily lives, as it has a wide range of uses including paints, paper, plastics, cosmetics, sunscreen, etc. Mainly it is produced in two forms: pigment grade titanium and ultrafine (nanomaterial) titanium. Pigment grade form is used commonly in paints and plastics due to its high opacity and brightness, whereas nanomaterial form is chosen as sunscreen and catalyst.

Photo-catalytic properties of TiO2 have led numerous researches about its potential uses in the field of human health, especially as a treatment modality of cancer. Every year, hundreds of thousands people lose their lives due to cancer. As the treatments we have lose their effect on the disease, scientists look for new approaches. One of techniques is nanotechnology and the uses of its products and systems in the field.

The main purpose of using nanoparticles in the treatment is to discover and design nanoparticles for drug delivery, while increasing the effect of stimulant and declining the after-effects. It’s rather challenging to design such particles, since they may be toxic for human beings. However, physical and electrochemical properties of TiO2 make it suitable and safe for use in photodynamic processes. 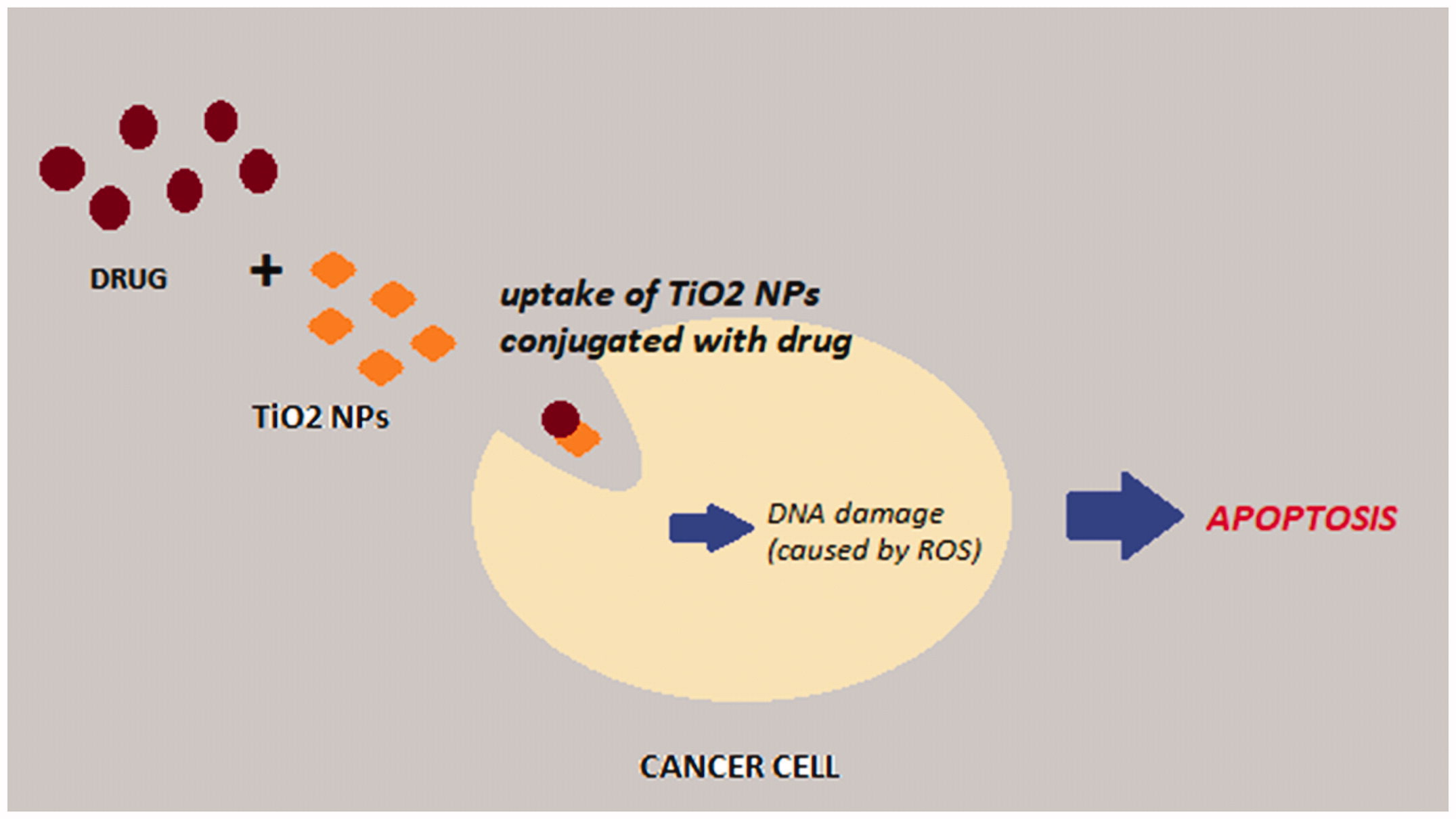 Radiotherapy, in which ionizing radiation used to spot tumour cells, is the most common method to cure cancer. Since the aim is not to damage healthy cells while killing tumors, the effect of radiation to tumour, also called tumour radio sensitivity, is crucial. So, contrast agents with high atomic number are used to absorb radiation so that healthy tissues will not be affected. The study of Youkhana et.al states that TiO2 nanoparticles positively affect the dose delivery. Hence, titanium dioxide can be used as a theranostic agent.

Photodynamic therapy is increasingly being recognized as an alternative treatment for cancer, compared with surgical, radiological and chemotherapeutic therapies. When TiO2 nanoparticles are illuminated by UV light, photo-induced electrons and holes are created. Besides, these electrons and holes can react with water to form oxidative radicals, which are suitable for destroying the structure of tumor cells. Due to its high photocatalytic efficiency, low toxicity and high photostability, scientists have focused on applications of titanium dioxide as a photosensitizer to cure cancer.