Graphene is a carbon sheet having minimum thickness with unique properties.It has a monolayer hexagonal crystalline structure and is really the basis of graphite.

Yet it is 200 times stronger than steel and five times lighter than aluminum. The unique electrical or thermal properties of graphene make it attractive for many uses in our daily life. The most anticipated and that in a short time will reach mass manufacturing include its use to have better batteries and flexible touch screens. But there are already some practical applications of this revolutionary material. Let’s have a look at some of them.

MIT intellects provided a proposal for a graphene filter enclosed in small openings that is just wide enough to let water through it and small enough to hold salt out, attempting to make salty water safe for use.

A clean break-up, G2O Water, provides a graphene-based groundwater filter innovation that can be introduced to any filter medium used today and decreases the energy consumption of these filters by 80-90%, which actually saves $30 million per year for a hydro power plant that produces 50 million gallons per day, thus lowering water costs by 40%.

They checked GO coatings for oil / water segregation on a number of porous thin films, including anodic aluminum oxide (AAO) and significantly enhanced antifouling quality in combination with higher water flow. They therefore assumed that this is a concrete way to substantially improve water treatment frameworks' antifouling and performance efficiency. Because the density of the graphene oxide coating is really thin and the deposition process is simple, the researchers do not expect significant increase in production costs.

In the near future, when extended to industrial waste sources, the dynamic routing combined with increased antifouling appears to have a major environmental impact.In rural communities where sanitation is poor and water-borne infections are widespread, this is especially important.

Resistive touch screens using graphene can be placed on plastic instead of glass as the operator. This would bring extremely thin and unbreakable phones and tablet screens so you will never again get worried about your mobile getting broken.

Capacitive touch screens built of graphene can be designed on thin plastic rather than glass, as per the American Chemical Society, so that they would be compact and lightweight, making mobile phones as thin as a piece of paper and bendable enough to fit into a pocket. Furthermore, these mobile phones will be almost unbreakable because of the durability of graphene.Scientists at South Korean University have used copper sheets and a printing press to create a 30-inch graphene sheet, adapted the process with even greater success. They also produced the first touch screen panel based on graphene.

Only a single layer of graphene can generate headsets with an output power equivalent to a pair of Sennheisers. The headphones also deliver all the functionality you will anticipate from only a high-end sound item: wired / wireless service, gesture recognition track pad, electronic MEMS microphone, breathable lambskin leather, and an ear-shaped model designed for sound quality and independent comfort.Whereas the headphones of GrapheneQ act as a points of entry, Ora says headphones is just the start. The organization is in discussion with businesses in the automobile, speakers and smart phone industry to develop customized graphene products for automobiles, smart watches, tablets, etc.

They are focusing with quieter devices that last longer (by just being charged once) for hearing aid manufacturers and has also collaborated with virtual reality headset companies to develop graphene-based headphones that are designed for spatial sound.

Rechargeable batteries nowadays start to lose over time. Researcher in Australia, however, developed batteries with a graphene boost converter that can be used continuously without any output loss — and charges in seconds. Technology pioneer Samsung is expected to release their new smart phone models with Graphene batteries, which could fully charge under 30 minutes with a 45% increased capacity. A graphene battery can be lightweight, robust and ideal for energy storage with large capacity, as well as shorter loading times.It will increase the battery life that is adversely correlated with the amount of energy that is sprayed on the surface and applied to the electrodes to obtain conductivity and graphene provides conductivity without needing the amounts of carbon used in traditional batteries.

Or Maybe Even No batteries At All

Super condensers of heavy-power graphene will allow batteries becoming obsolete. That means the future will be battery free and therefore, no hassle to charge your devices before it shuts down.

Due to Graphene, you may see a smart phone that you can carry on your wrist or even a laptop that you can fold up like a newspaper. Versatile, portable devices benefit from the mechanical properties and conductivity of graphene. Indium-tin oxide is commonly used as it works well but is brittle for touch screens.

Furthermore, the software will allow marketplace consumers to use the camera and deduce which is the freshest item. And, in a much more obvious example, the camera can be used to drive in extremely dense fog by supplying the windscreen with improved outlines of nearby vehicles.

Putting graphene polymers on food and drug packages will stop water and oxygen exchange for longer, keeping food and consumer goods fresher. The elimination of toxic carbon dioxide emitted by power plants into the atmosphere is not currently being done on any scale, which could be modified by graphene membranes. 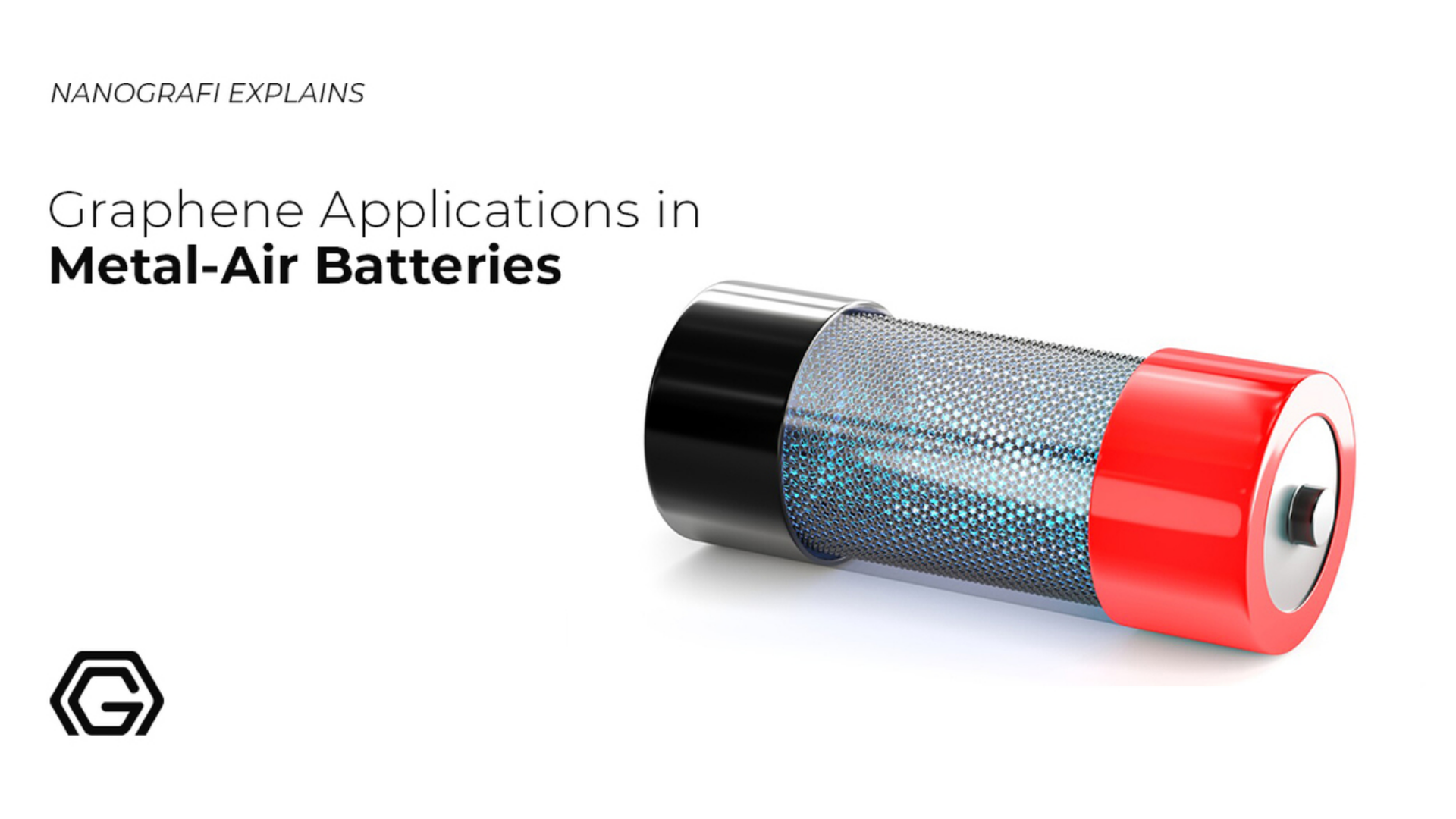 To get more infomation about applications of graphene,

It has also been demonstrated that graphene coatings have better protection against oxidation caused by microbial than conventional polymer coatings.The findings are due to graphene tolerance to microbial attack and strongly con-formal and defect-free graphene coating.

In the next phase, the researchers may examine the quality of graphene coatings on certain metals during extreme environmental conditions and on the big, smooth sheets of metal used for the construction sector.The advancement methods for producing large-scale, defect-free graphene films appropriate for commercial use was one of the problems to creating commercial-scale graphene coatings.

Researchers addressed this problem by adding graphene oxide coatings and then using hydroiodic and ascorbic acids to chemically reduce them to graphene.The procedure resulted in a significant degree of laminate graphitization with minimal structural failure, and the resulting films are extremely impermeable to gases, fluids, and offensive chemicals, including hydrofluoric acid.

It’s said that graphene will give more pace and power to games. The application of optical microscopy and Raman spectroscopy has been shown to be an effective way for describing a graphene-based tennis racquet's micro structure. Elevated-strength carbon fibers in an epoxy framework have been shown to be the main structural element in the racquet. Resin-rich regions are found in the area, in which the racquet head is attached to the shaft. Potential of weakness in the racquet has been reinforced with graphene in the form of graphite nano-platelets. Graphene racquets developed by Head are already being used by tennis stars like Novak Djokovic.

Medical Sensors made of Graphene for Early Disease Detection

One of the advantages of graphene is its ability to detect minimal amounts of substances, even a single molecule in a large volume. After developing these properties with graphene oxide, there are several medical companies that already sell their sensors. Biolin Scientific (based in Sweden) for example has its Q-Sense GO sensor that allows different substances to be detected: it is used in medical diagnosis but also for environmental or safety studies. This sensor has been developed in Spain by the Catalan Institute of Nanoscience, another example of our vanguard in this area.

Such hard drives carry their chips covered by an outer sheet of copper and graphene. The sheet acts as a heat sink for the delicate chips on the SSD board. Thanks to the heat conductivity of graphene, it allows them to dissipate more heat without hardly needing space (a sheet), either passively or actively (with fan). The trick is how they combine layers of copper and graphene, and it is something that makes our life easier.

Graphene shoes? Yes, although in this case it is not about using it pure but of composite materials that take advantage of it partially. The Spanish Catlike has bike helmets reinforced with graphene for a few years, and several shoes that use it among its materials.

Graphene is used in the formula of the base material. Something similar also happens with other parts: on bikes, tires, frame, or on fishing rods too. Up to 1 percent graphene sheet intercalated with carbon fiber is used. This results in up to 50 percent more stiffness and better temperature resistance than plastic material.

One of the most striking application graphene in our daily life is conductive ink and other coatings. Thanks to the properties of graphene, these inks offer the properties of a layer of the magical material. This has multiple applications for the industry, related to the realization of ultra-flat electronic circuits.

The first practical and real application of graphene, was on safety labels. Instead of the huge sensors used by many stores, smart tags have been developed that are based on Graphene. They are apparently normal but thanks to graphene, they have a printed circuit. They can be wrinkled or folded without being damaged and the cost is very low, of cents per label. A small module is attached to the label with an alarm that sounds if it is handled, or leaves the premises without safe disconnection.

Graphene is no doubt a blessing for us due to its peculiar characteristics. It has a wide range of applications that make our lives easier. As mentioned above, in our daily life, it can be used in Safety labels, headphones, racquets, smartphone, batteries, and there are many more.